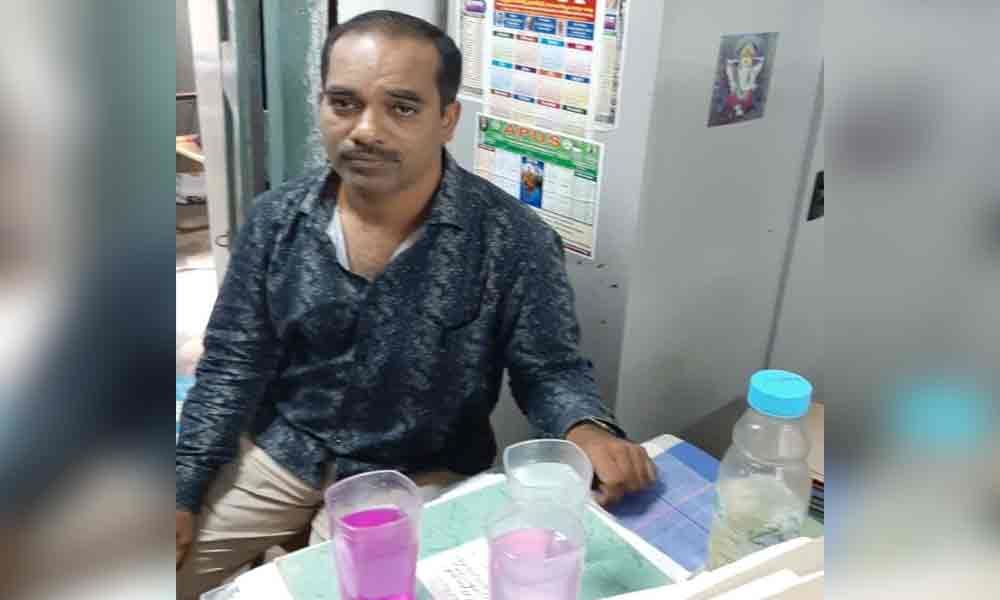 Visakhapatnam: Senior accountant, I/c Assistant Treasury officer, Paderu Bandaru Venkata Moda Kondala Rao was caught red handed by the ACB sleuths in his office room on Tuesday. According to ACB officials, he demanded and accepted bribe of Rs.93,200 as a part of 8 per cent of the bills amount Rs.11.65 lakh from the complainant Cheekati Nageswara Rao, D Kotturu village.

The accused received the bribe, counted and kept the amount in his office cabinet. Later, it was recovered by the ACB sleuths by undertaking a phenolphthalein test. The accused was arrested and produced at the ACB court, Visakhapatnam. According to Director General of Anti-Corruption Bureau Kumar Vishwajeet, investigation is on.