TTD to speed up works of Gosala at Palamaner 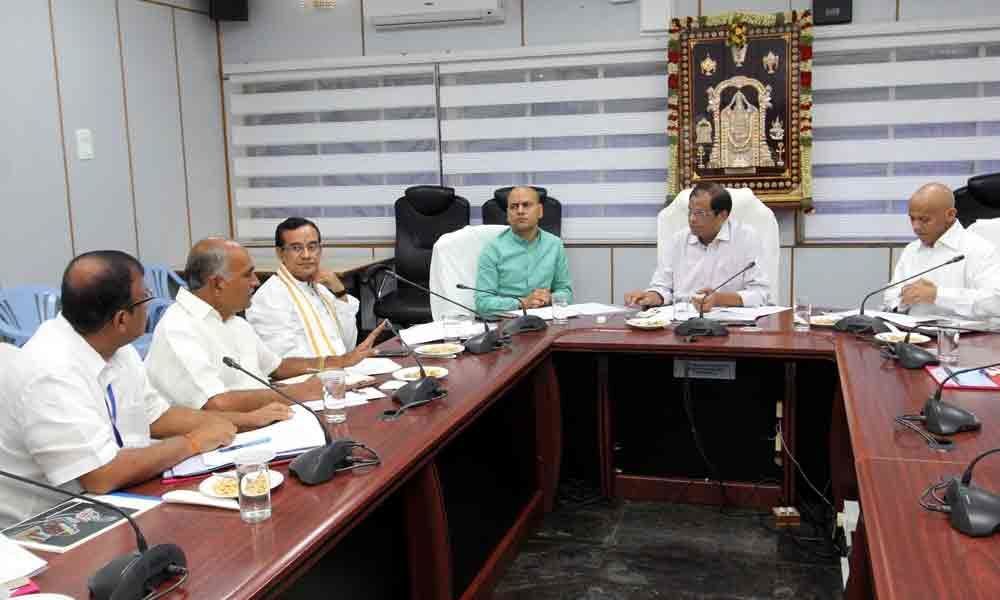 TTD to speed up works of Gosala at Palamaner
Highlights

The Special CS and EO directed Chief Engineer in-charge Ramachandra Reddy to complete the works of the State of Art Goshala coming up in the sprawling 450 acres of land at Palamaneru in a time-bound manner.

Later speaking to the media, Manmohan Singh said that about Rs 40 crore has been sanctioned during last TTD board meeting to develop goshala in Palamaner as a centre for protection and preservation of indigenous cows.

"We had discussed the works proposed for the development of Gosamrakshanasalas, the protection of the existing 39 Desi breeds of cows in the country," he said stressing on the imminent need to protecting all species of indigenous cows.

Singh said tenders will be invited soon for taking up the works and added that the TTD is also contemplating 'Cow Tourism Project,' based in Palamaner Gosala to bring awareness among the people on indigenous varieties of cows which would go a long way in protecting and preserving the waning indigenous cow breeds.

Sources said that the review meeting on Saturday was aimed at speeding up the development of TTD Gosamrakshanasala at Palamaner which was going on in a snail pace. In fact, it was originally proposed to develop it as major research centre for indigenous cows besides sheltering all the existing Desi breeds to sustain them.

Though five years passed after the TTD inaugurated the centre in Palamaner, the progress was far from satisfactory. Special Officer of Tirumala A V Dharma Reddy, JEO Tirupati P Basant Kumar and Gosala Director Dr Harnath Reddy were also present.