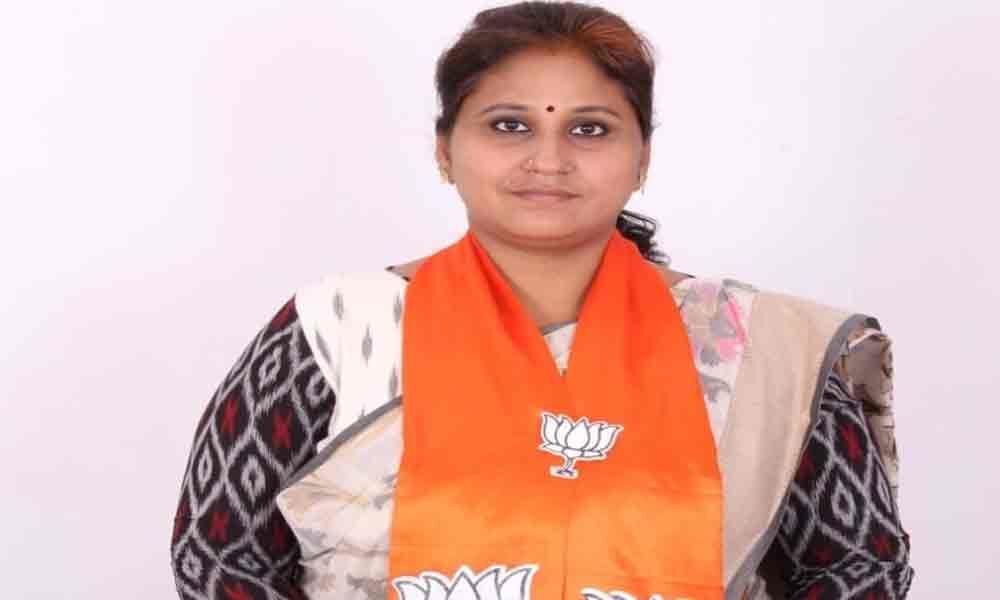 BJP official spokesperson Tummala Padmaja while hailing the party’s victory at national level said that, the opposition parties have been washed away in Modi wave.

Kakinada: BJP official spokesperson Tummala Padmaja while hailing the party's victory at national level said that, the opposition parties have been washed away in Modi wave. They tried several tricks in the form of alliances, but could not prevent the BJP from achieving all time highest number of LS seats she said.

Even former AP Chief Minister Chandrababu Naidu who took active part in alliance attempts at national level fell flat in his home state, the BJP spokesperson said on Friday. She hailed Prime Minister Narendra Modi as the only leader who kept the spirit of nationalism and has shown the world the achievements of the country.

Padmaja said that surgical strikes have shown the world the real powers of India under Modi's dynamic leadership. The BJP leader also said that the party is gearing up for the forth coming local body polls in AP. While congratulating Jaganmohan Reddy on his success in assembly polls, she asked him to develop AP in all fronts.