Unions plead with SVIMS not to stop cashless treatment 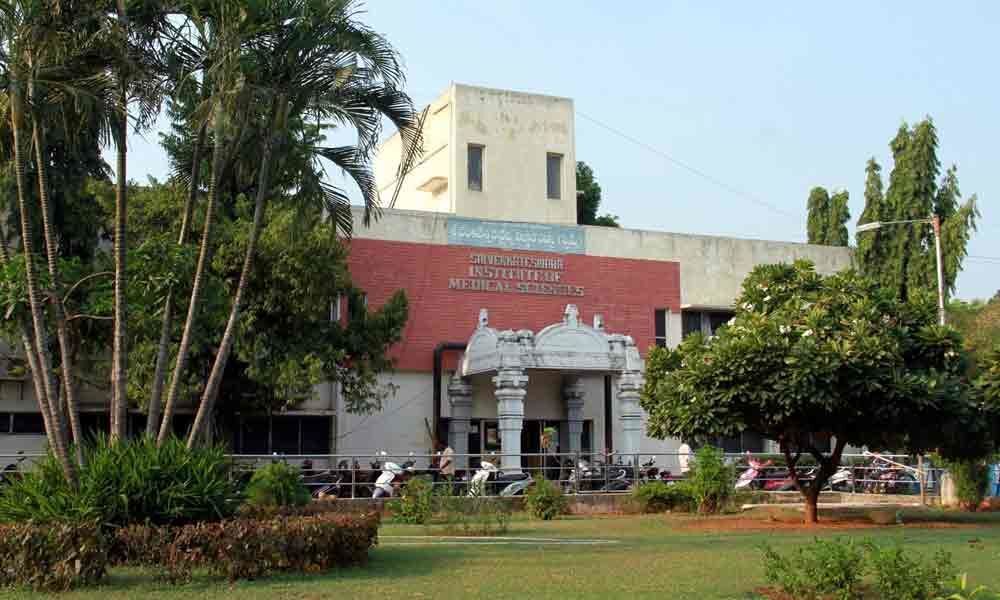 Tirupati: The three trade unions, CITU, INTUC and AITUC, asked the Svims (Sri Venkateswara Institute of Medical Sciences) management not to stop cashless treatment facility to the ESI beneficiaries for the sake of poor employees covered under the scheme.

The leaders of the three unions at a joint press conference here on Thursday said that SVIMS' decision to stop cashless treatment facility will hit hard the ESI beneficiaries who are mostly private sector employees and are not in a position to afford treatment in private hospitals and are heavily depending of ESI facility for treatment to them and their family members.

CITU district general secretary Kandarapu Murali criticised the ESI regional authorities for the apathy in the reimbursement of the claims outstanding (towards treatment of ESI beneficiaries) which touched Rs 10 crore payable to SVIMS forcing the hospital to take the extreme decision to stop cashless treatment to ESI beneficiaries from May 1, coinciding with May Day observed by the employees and workers all over the globe.

Murali urged the authorities of Svims and ESI, both government institutions, to discuss and sort out the issue of outstanding claims to continue the cashless facilities to ESI beneficiaries in Svims hospital, the only one government run superspeciality hospital in the state in the interests of large number patients covered under ESI from many districts..

He also alleged that ESI officials acting in a way to encourage private hospitals instead of supporting state-run hospitals and sought an enquiry on the alleged attempts of referring to send the patients to private hospitals.

General secretaries of AITUC and INTUC P Murali and Ratnakumar respectively, said that the Svims should immediately withdraw the notice the hospital put up informing that no treatment to ESI beneficiaries from May 1 and should continue cashless treatment to the beneficiaries.

The hospital should take up the issue to higher authorities of ESI to sort out the issue but should not take such step as it would hit severely the patients availing medical facility under ESI.

It may be noted here that Svims hospital decided to stop cashless treatment facility to ESI beneficiaries for want of treatment as its repeated reminders for the settlement of the outstanding bills failed.

According to Svims, the outstanding dues from ESI reached Rs 10 crore and SVIMS, which is facing huge financial deficit, is unable to extend the credit facility without any reimbursement at this stage.