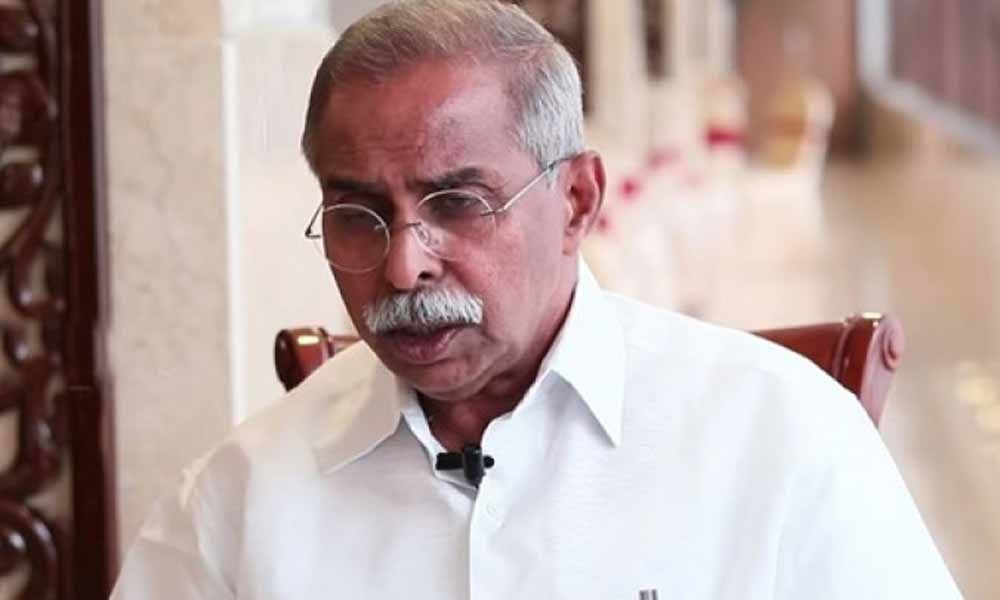 The Pulivendula judicial court has sanctioned unconditional bail to the Yerra Gangi Reddy, M.Krishna Reddy(YS Vivekananda Reddy PA), V.Prakash(son of maid servant in the house) who were allegedly responsible for tampering the evidences related to the murder of former minister YS Vivekananda Reddy on Thursday.

Kadapa: The Pulivendula judicial court has sanctioned unconditional bail to the Yerra Gangi Reddy, M.Krishna Reddy(YS Vivekananda Reddy PA), V.Prakash(son of maid servant in the house) who were allegedly responsible for tampering the evidences related to the murder of former minister YS Vivekananda Reddy on Thursday. In the bail orders Pulivendula judicial court magistrate S.Kishore specified the presence of accused in person is necessary whenever either SIT or local police asked them to attend for further investigation procedure.

According to advocate K.Obul Reddy who argued the case behalf of the accused told the media persons that the court has issued the unconditional bail to the trio because they are experiencing punishment in Kadapa central prison as under trailers more than 90 days after YS Vivekananda Reddy was murder on 15th march 2019.

It may be recalled that former minister and younger brother of late YS Rajasekhar Reddy, YS Vivekananda Reddy was found dead under suspicious circumstances at his own residence located in Pulivndula town in the absence of his family members on 15th March 2019.

The incident came in to the light around 6.30AM when servant maid K.Lakshmamma who attended for work noticed the body of Vivekananda Reddy lying in the bathroom as she immediately his relatives, as they shifted him to the Pulivendula area hospital where doctors him brought dead.

Initially police who suspected the case as suicide incident, later registered it as murder following complaint lodged by Vivekananda Reddy PA M.Krishna Reddy in Pulivendula police station on same day. In his complaint Krishna Reddy narrated that he accompanied Vivekananda Reddy along with some party functionaries up to 11.30 PM on Thursday, again he came to his residence around 5.30AM on Friday (15th March 2019) to have chalk out the election campaign in Jammalamadugu constituency.

He said that after he failed to receive response from the house despite knocked the door for several times he stayed outside in the lawn reading news papers. Around 6.20 AM the servant maid V. Lakshmamma came to the residence of Vivekananda Reddy as she found him brutally murdered at the bath room.

Following allegations and counter allegations by TD, YSR Congress over the incident, and demanded raised by family members to handed over the case to CBI, the state government has deployed SIT to probe the incident.

After enquiring more than 60 evidences including deceased family members, finally SIT registered the cases against Y.Gangi Reddy, M.krishna Reddy, V.prakash on the charges hatching conspiracy by tampering the evidences at the incident place.

Meanwhile despite 100 over after YS.Vivekananda Reddy murdered there was nil progress as the police failed to crackdown the case as the incident still remain mysterious.