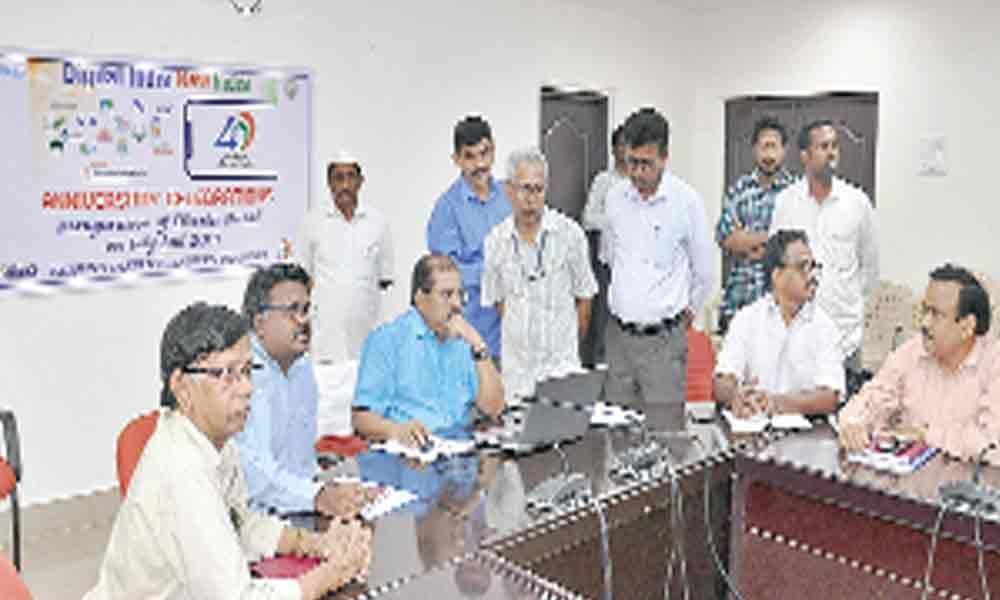 District Collector Md Imtiaz on Tuesday inaugurated the website related to ‘Spandana’ programme launched by the State government to address the grievances of the people.

Vijayawada: District Collector Md Imtiaz on Tuesday inaugurated the website related to 'Spandana' programme launched by the State government to address the grievances of the people.

The website with name of 'Krishna.nic.in' will furnish information on the applications received by the district administration from the people and the status of progress of the work. The website is available on the smart phones. Laptops, desk top computers. The state government has launched Spandana programme on Monday to address the grievances of the people in all districts.

Speaking on the occasion, Collector Imtiaz said the information related to all government departments uploaded in the website and nodal officers were appointed to update the portal. He said people can get information from the website www.Krishna.nic.in about the welfare schemes being implemented by the government in the state. The website was created by National Informatic Centre and will furnish information in English and Telugu languages.