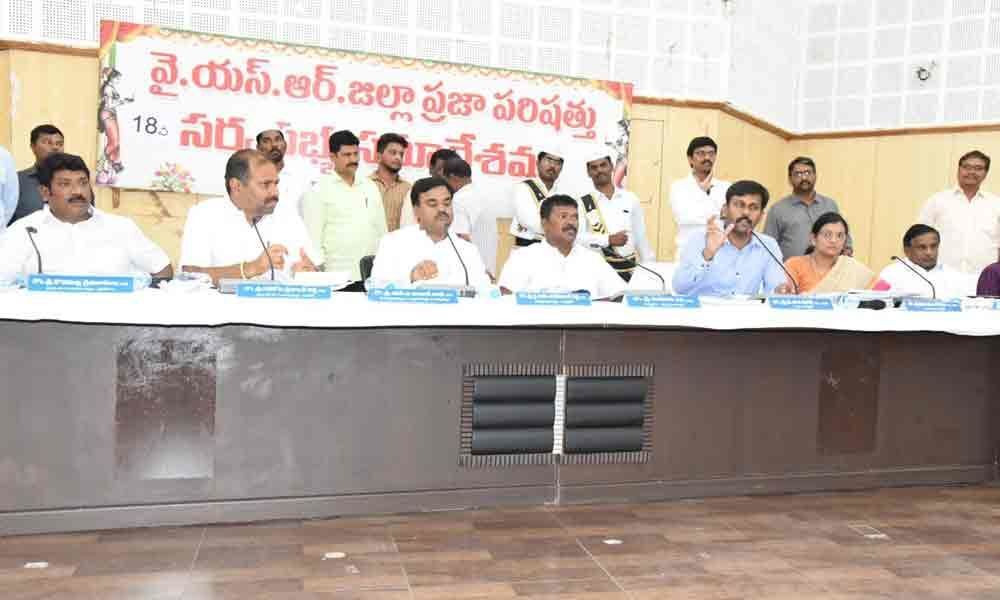 Deputy Chief Minister Amzad Basha asked the public representatives as well as officials to extend their cooperation for corruption-free governance in the state.

While recalling the implementation of several assurances like hiking of pensions to Rs2,250, hiking salaries for Ayas, introduction of village voluntaries, Rythu Bhorasa etc, the Deputy Chief Minister directed the officials to keep Navaratnalu agenda on their tables so that they can concentrate on the welfare schemes.

Government Chief Whip Gadikota Srikantha Reddy said Kadapa district was lagging behind in development due to various reasons including political discrimination. The present government is committed for the development district in all fronts, he said.

He further said that officials have to work more responsibly to implement the welfare schemes in a transparent manner. Another government whip K Srinivasulu said the country is looking at AP for the bold decisions taken by the Chief Minister. The government whip has stressed the need of cooperation between public representatives and officials for proper implementation of welfare schemes.

District Collector CH Harikiran said that officials should play crucial role in implementing the welfare schemes as the Chief Minister represents and belongs to Kadapa district. He directed the officials to prepare comprehensive note on pending projects, and other welfare schemes.

As it is the last Zilla Parishad meeting, ZP Chairman, ZPTCs , MPTCs were felicitated on the occasion. ZP Chairman Gudur Ravi thanked the public representatives and officials for extending their support for smooth functioning of the House for the last five years.