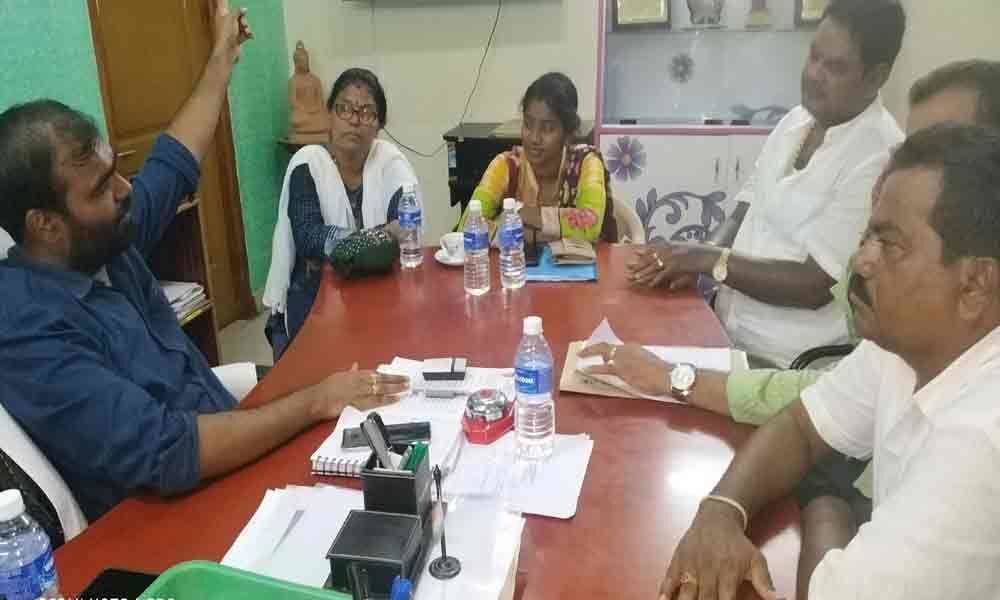 The YSRCP demanded that the civic chief should take immediate action against the mineral water plants in the interest of the public.

Chittoor: A delegation led by YSRCP city president Chandrashekar met Chittoor Municipal Corporation commissioner C Obulesu and lodged a complaint against few owners of the mineral water plants for exploiting the drinking water needs of city residents. The YSRCP demanded that the civic chief should take immediate action against the mineral water plants in the interest of the public.

In the complaint, the YSRCP leaders brought to the notice of the commissioner that few water plants which are being run by the TDP leaders are indulging in irregularities. Obulesu assured YSRCP delegation of conducting a probe based on their complaint.

The civic body constructed 35 mineral water plants in the city to supply drinking water free of cost to residents. A few water plants are being maintained by voluntary organisations. "We have already noticed certain irregularities in running water plants. The civic body would take over the plants immediately from them if lapses found," he warned.

He made an appeal to the YSRCP leaders to extend cooperation for the development of the city. Obulesu informed the YSRCP leaders that drinking water is being transported to colonies which are facing acute water shortage through 127 hired tankers.

Speaking to the media at municipal corporation office, Bullet Suresh stated that Chief Minister-elect YS Jagan Mohan Reddy is committed to development of Rayalaseema region. He made it clear that the YSRCP will not indulge in revenge politics. YSRCP leader Indu and others were present.