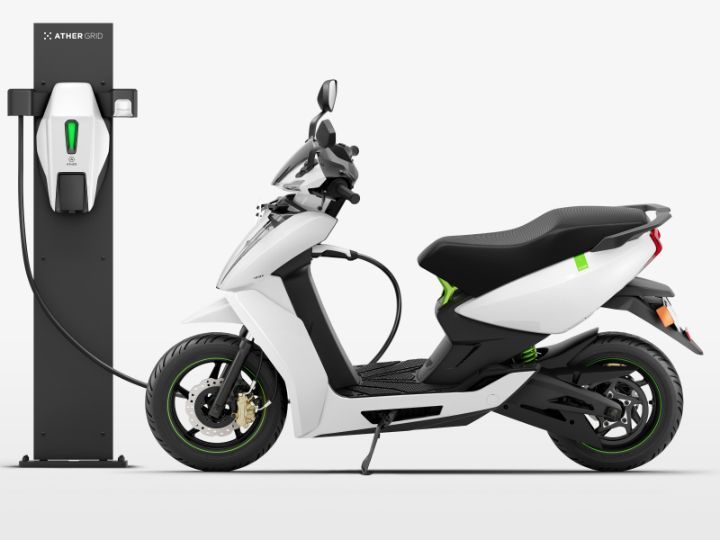 We address a common concern that a lot of people have about leaving their electric two-wheelers charging overnight in their parking spaces Range...

Range anxiety is probably the biggest worry for anyone making the jump from petrol-powered two-wheelers to electric ones. And we don’t believe electric two-wheelers are at that stage where those fears can be completely dismissed. But another concern for a lot of people is going to be actually charging their electrics. Things are peachy if you live in a bungalow or a row house, where your parking (and charging) spot is inaccessible to vandals. But if you live in an apartment complex, there’s a genuine concern that some miscreant might just pull the plug on your precious electric bike in the middle of the night, laving it as a glorified park bench in the morning, and leaving you stranded when you should be on your way to work.

So is there any way to securely charge your electric bike? Well, it turns out that EV makers, at least a few of them, have some unique solutions to prevent something like this from happening. 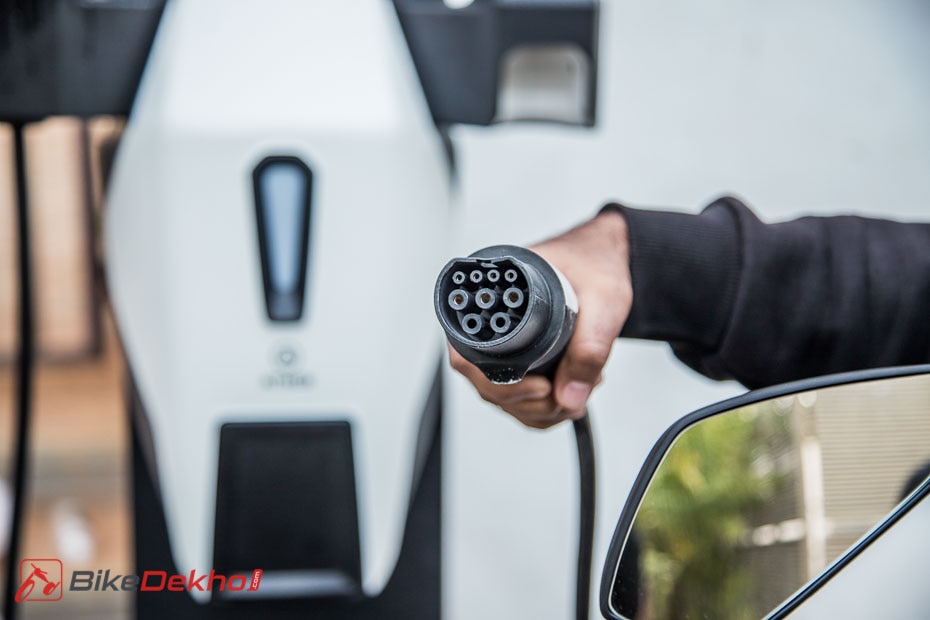 There’s no doubt that the Ather 450X is the most advanced electric two-wheeler that you can currently get in the Indian market. Everything on it is pretty much international spec, including its charging connector. This Type-2 style connector will electronically lock itself in the scooter’s socket when it’s charging. If you’re charging from an Ather Dot (and it’s safe to assume that you’ll have one of these installed in your home when you buy the 450), the other end of the cable is integrated into the box. So there’s no chance of anyone unplugging your Ather 450 until you unlock it yourself. 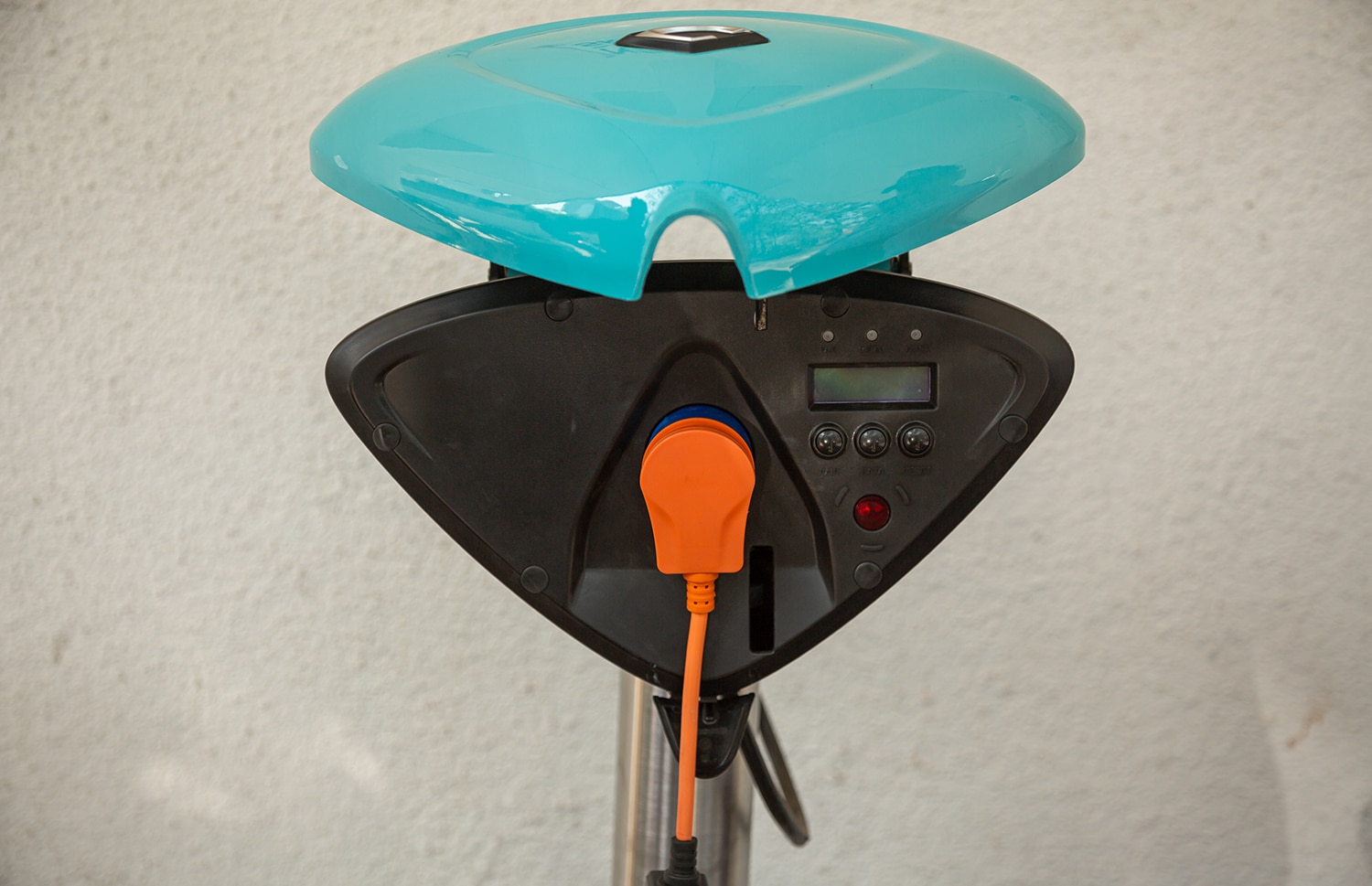 The stunning Chetak actually has fairly simple charging hardware. On the scooter side, you have a Molex connector (the same one you see on PC power supplies) while the charger end has a simple industrial style 3-pin 5-amp plug. But Bajaj has been really clever about how they’ve implemented this. First of all, the charging box has a cover which can be locked with a little key. And the scooter’s charging port is under the seat. Once you plug the scooter, you can just close and lock the seat, and that means, no vandal is unplugging your scooter from either end. It’s an ingeniously simple solution to what can be a very complicated problem. 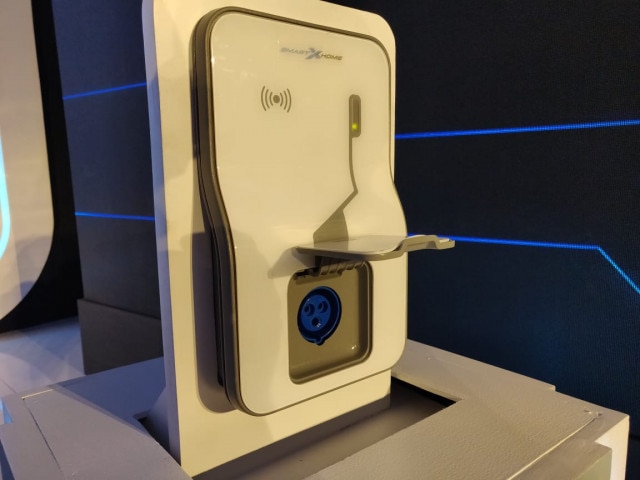 While we’ve seen the iQube up close and personal at its launch event, we haven’t really had a chance to experience it properly. So you might need to take this with a pinch of salt. At the scooter end, TVS is using a proprietary plug which fits into the charging socket on the apron and doesn’t seem to have any locking mechanism. The other end of the charging cable has a standard 5-amp 3-pin plug that goes into the charging box. Now, this box does use a smart card system to start the flow of current, which ensures that no one can steal electricity from the box. But effectively, any mischief-maker can unplug the iQube at either end. Like the Chetak and Ather, the iQube does offer a companion smartphone app which will alert you if the scooter stops charging. But that just means you would need to run downstairs in the middle of the night in your jammies to restore order. 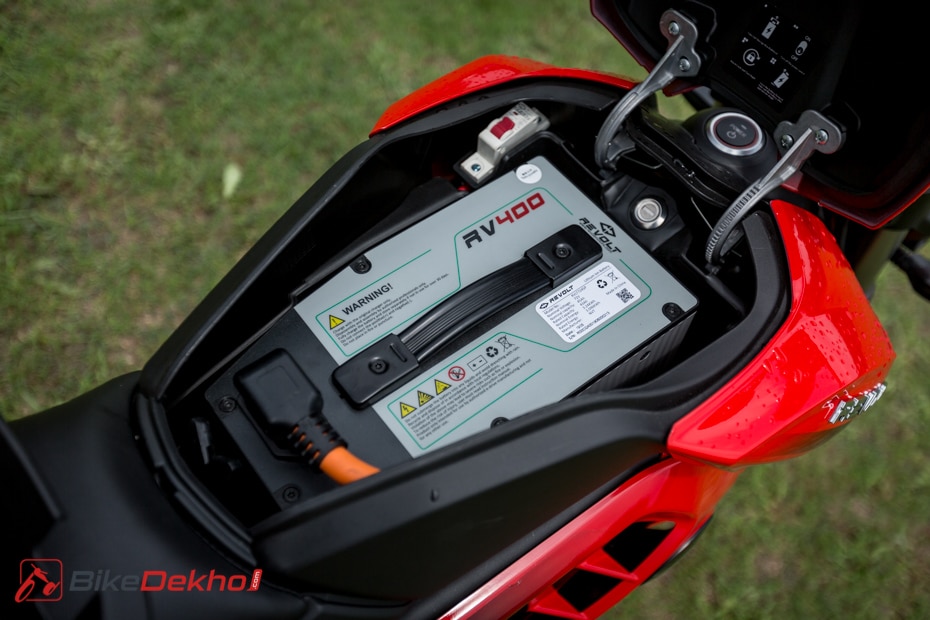 Revolt’s electric motorcycles, the RV400 and RV300 use Molex-type connectors on the bike side and a standard 3-pin 5-am plug on the other. So if you leave your electric motorcycle charging overnight in your parking, there is the potential issue of someone unplugging it. But unlike the other e-scooters in the list so far, Revolt offers the option of removing the battery and taking it to your home for charging. That said, at 18kg, it isn’t going to be an easy task to remove or carry the battery, especially if you live on higher floors in a building with no lift.

Nearly all the other Li-ion e-scooters in the Indian market, whether they’re of Indian or Chinese origins offer a removable battery. So in that sense, secure charging in your home in guaranteed. If you have a lead-acid battery e-scooter, then, of course, removing the battery isn’t an option and you have no option but to charge it where you park.