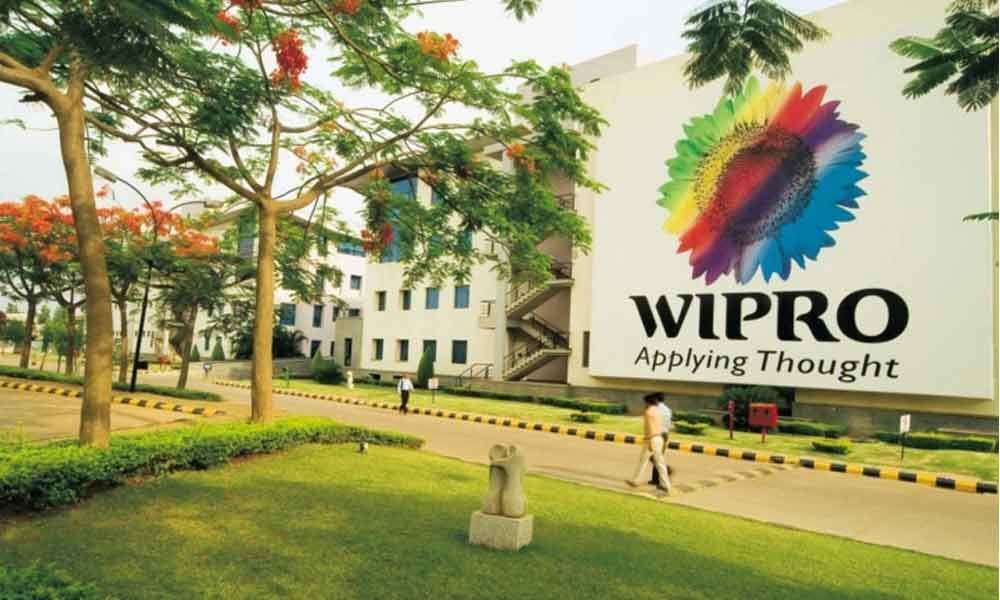 Bengaluru: IT services giant Wipro on Tuesday said its net profit increased by 38.4 per cent to Rs 2,493.9 crore in the March 2019 quarter, and announced a Rs 10,500 crore buyback programme.

"We have built a strong foundation for growth on the back of healthy order book and continued investments in big bet areas of digital, cyber security, engineering services and cloud.

Our customers find these investments relevant as part of their digital transformation and IT Operations landscape modernisation, enabling us to win in the market," he said.

The Wipro board, Neemuchwala said, had approved a Rs 10,500 crore buyback plan under which it will acquire up to 32.3 crore shares at Rs 325 apiece. This is Wipro's second buyback programme in about 15 months and the third since 2016.

It had undertaken a Rs 2,500 crore programme in 2016, and another Rs 11,000 crore buyback offer in November-December 2017. The buyback was proposed to be made from the existing shareholders of the company through a tender offer route in accordance with the provisions, the CEO said.

As on March 31, 2019, promoters held 73.85 per cent shares, while 6.49 per cent was held by Indian financial institutions, banks and mutual funds. Foreign holding was at 11.74 per cent, and that of Indian public, corporates and others at 7.92 per cent.

The proposal is subject to approval of shareholders by way of a special resolution through a postal ballot. The process, timelines and other requisite details with regard to the postal ballot will be communicated in due course, Wipro said.

On the company's outlook, Neemuchwala said Q1 was seasonally a weak quarter for it, which is reflected in its guidance. The outlook also factors completion of certain large programmes and delayed start of fresh projects, he said.

Hence, Wipro was confident that its growth trajectory will improve from Q2 on back of strong order book and healthy pipeline, Neemuchwala said. Besides, the company was seeing continued momentum in BFSI, Consumer Business Unit and Energy Natural Resources and Utilities on a YoY basis in FY20.

He also said the company sees an uptick in growth rates of communications and tech business unit this year, while health and manufacturing are likely to remain choppy, especially in the first half.

"The demand environment in the global markets is stable and Wipro sees abundant opportunities in newer areas of digital and cloud," he said.

Neemuchwala said the company's revenues in Q4 grew by 1.4 per cent in reported terms and 1.0 per cent in constant currency terms, at the mid-point of its guidance range.

On a full year basis, it grew 5.4 per cent in constant currency terms, he said adding through the year, the company had built on the momentum with YoY growth improving consistently each quarter.

Neemuchwala also said the company's rigor in execution and focus on improved quality of revenues had resulted in operating margins expansion of 1.8 per cent for the full year.

The operating metrics have shown consistent improvement with utilisation being at its highest, improved offshoring, higher percentage of work done by BOTS and moderation in its attrition rates, he said.

On strategic themes, Neemuchwala said Wipro's digital revenue continues to see a strong growth as it grew 6.4 per cent sequentially and now contributes 34.8 per cent of its revenues.

He also said for the year, digital grew by 32.2 per cent YoY.