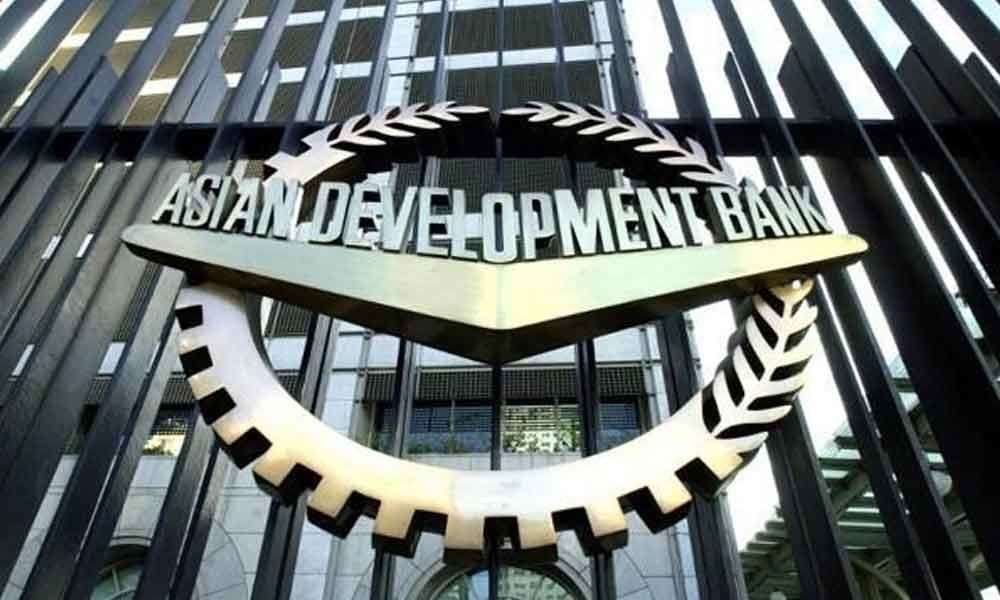 Asian Development Bank (ADB) has lowered India's growth forecast for 2019-20 to 7.2 per cent from 7.6 per cent estimated earlier due to moderation in global demand and likely shortfall in revenue on the domestic front.

New Delhi: Asian Development Bank (ADB) has lowered India's growth forecast for 2019-20 to 7.2 per cent from 7.6 per cent estimated earlier due to moderation in global demand and likely shortfall in revenue on the domestic front. For the just concluded fiscal (2018-19) also, ADB has cut the growth estimate to 7 per cent from 7.3 per cent projected in December last year.

"Growth slowed from 7.2 per cent in fiscal 2017 to 7 per cent in FY18, with weaker agricultural output and consumption growth curtailed by higher global oil prices and lower government expenditure. "Growth is expected to rebound to 7.2 per cent in 2019 and 7.3 per cent in 2020 as policy rates are cut and farmers receive income support, bolstering domestic demand," ADB said in its Asian Development Outlook (ADO) 2019 released on Wednesday.

This growth will reverse two years of declining trend as reforms to improve the business and investment climate take effect, the ADO said. The growth forecast for India has some downside risks such as moderation in global demand as financial conditions tighten, uncertainty arising out of global trade tensions, and the weak economic outlook in industrial countries, the report said.

"On the domestic front, growth could suffer if tax revenue falls short or any disruption affects the ongoing resolution of the twin problems of bank and corporate balance sheets," it added. India, however, will continue to be one of the fastest-growing major economies in 2019-20, it said.

"India will remain one of the fastest-growing major economies in the world this year given the strong household spending and corporate fundamentals," said ADB Chief Economist Yasuyuki Sawada. India has a golden opportunity to cement recent economic gains by becoming more integrated in global value chains, and the young workforce, improving business climate, renewed focus on export expansion all support this, Sawada said.

The Manila-based multi-lateral funding agency said recent policy measures by the government to improve the investment climate and boost private consumption will help India lift economic growth in the current fiscal year and the following. Income support to farmers, hikes in procurement prices for food grains, and relief to tax payers earning less than Rs 5 lakh ($7,212) will boost household income.

Declining fuel and food prices is also expected to provide an impetus for consumption. An increase in utilisation of production capacity by firms, along with falling levels of stressed assets held by banks and easing of credit restrictions on certain banks, is expected to help investment grow at a healthy rate. It also said consumer price inflation is expected to rise to 4.3 per cent in 2019-20 and 4.6 per cent in 2020-21 as food costs increase slightly and domestic demand strengthens.

"Given that inflation is expected to average around 4 per cent in the first half of 2019-20, the central bank (RBI) would have some room for lowering policy rates," it said. ADB also said India's imports are expected to rise mainly due to stronger domestic demand while a growth slowdown in key export destinations would dent export growth. The current account deficit is expected to widen a bit to 2.4 per cent of GDP in the current fiscal and 2.5 per cent in next fiscal.