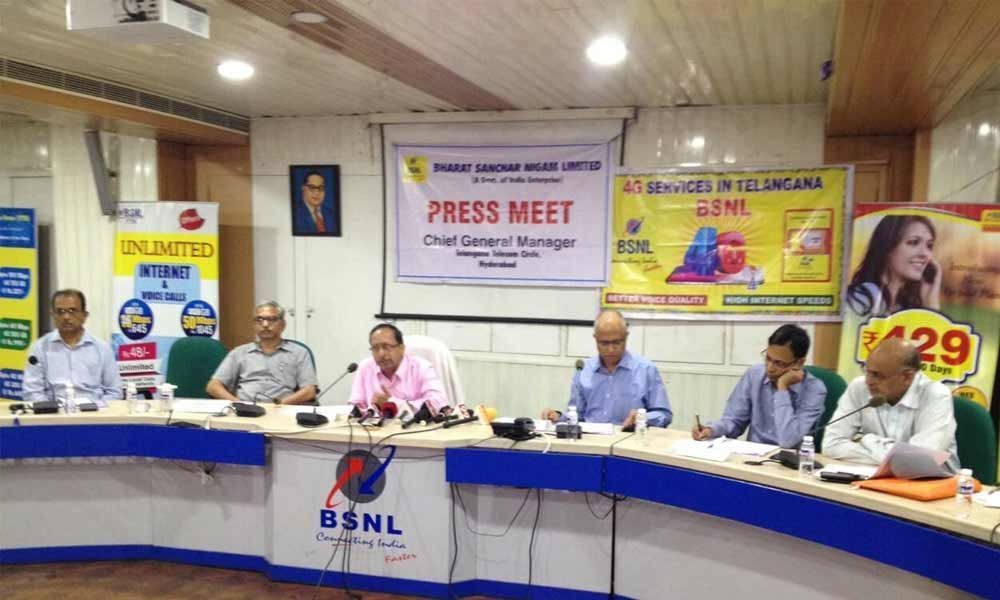 Announcing the launch, V Sundar, CGM, Telangana Telecom Circle, said that the 4G services are being launched in in about 46 stations, covering all the district headquarters (except Hyderabad city and Ranga Reddy) and other important towns. "The 4G customers of BSNL can now experience amazing data speeds in the range of 20 Mbps to 30 Mbps," he said.

To avail the 4G services, the existing smartphone customers of BSNL have to get their existing SIMs swapped with 4G SIMs at free of cost at all BSNL customer service centres, franchisees / retailer outlets at the stations, where the 4G services are being launched, he added.