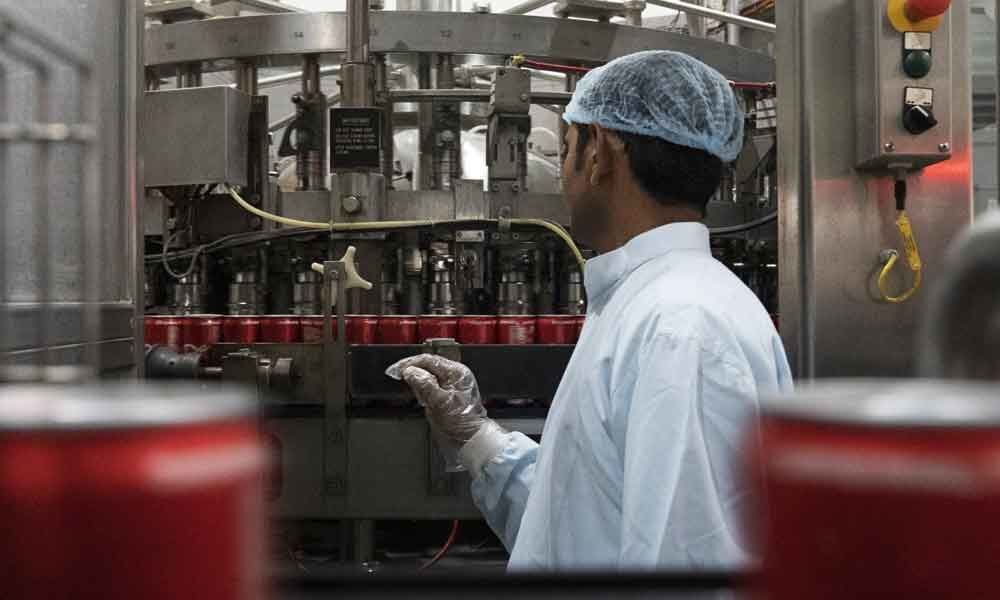 The upbeat mood among goods producers, coupled with a solid increase in new work, underpinned further job creation in the sector.

New Delhi: The country's manufacturing sector performance gained momentum in May as companies lifted output amid strengthening demand conditions, leading to further job creation in the sector, a monthly survey said on Monday.

The Nikkei India Manufacturing Purchasing Managers' Index, improved to 52.7 in May from 51.8 in April, pointing to the strongest improvement in the health of the sector in three months.

This is the 22nd consecutive month that the manufacturing PMI has remained above the 50-point mark. In PMI parlance, a print above 50 means expansion, while a score below that denotes contraction.

"A revival in new order growth promoted a faster upturn in manufacturing production, as Indian firms sought to replenish inventories utilised in May to fulfil strengthening demand," said Pollyanna De Lima, Principal Economist at IHS Markit and author of the report.

The upbeat mood among goods producers, coupled with a solid increase in new work, underpinned further job creation in the sector.

"Employment has risen in each month since April 2018, with the latest expansion the most marked since February," the survey noted.

Going forward, Indian goods producers were confident of a rise in output in the year ahead, with sentiment improving from April. Expectations of pro-business public policies, marketing initiatives, projects in the pipeline and favourable economic conditions were among the reasons boosting optimism, the survey noted.

On inflation, the survey noted that price pressures remained relatively muted, with goods producers leaving selling prices unchanged on the back of a mild rise in overall cost burdens.

"When we look at the survey's over 14-year history, the sector is growing at a below-trend rate," Lima said and added that "shortening the horizon to the last two years, May's increases in output, total order books and exports all outperformed."

The latest data also comes ahead of the Reserve Bank of India's monetary policy meet. The Monetary Policy Committee (MPC), which decides on key interest rates, will hold a meeting on June 3, 4 and 6.