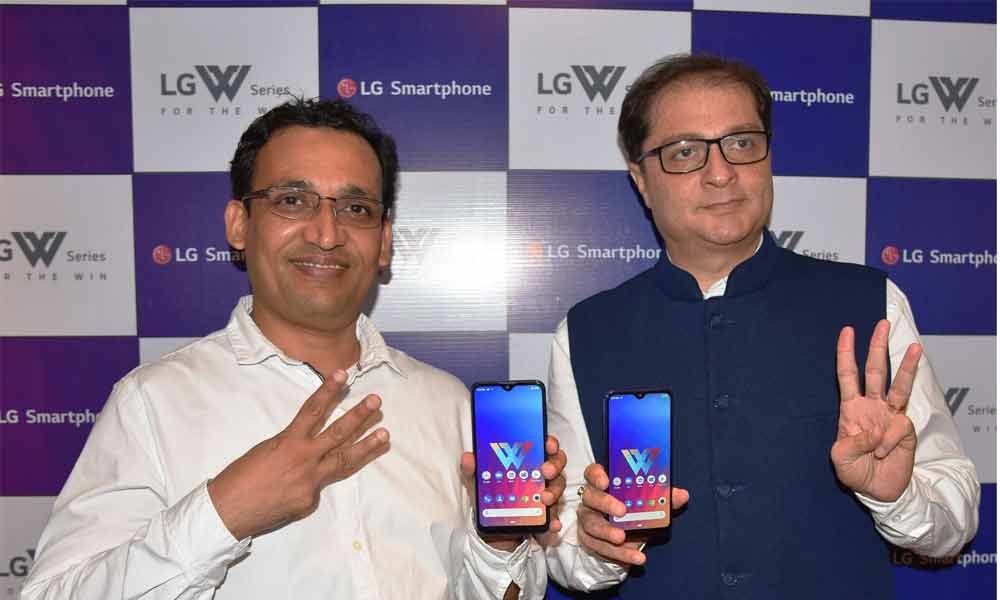 LG Electronics India Private Limited, a subsidiary of LG Electronics, gearing for the 5G race has mapped its plan beginning with the launch of its first India-made smartphone, the W series.

Hyderabad: LG Electronics India Private Limited, a subsidiary of LG Electronics, gearing for the 5G race has mapped its plan beginning with the launch of its first India-made smartphone, the W series.

For 2019, the smartphone maker has lined up a total of eight new smartphones, including five from the W series and three from its other global series.

The South Korean company currently has LG V 50 their 5G flagship smartphone sold in the US, South Korea and parts of Europe.

According to a LG top official, in the US, LG holds a market share of nearly 18 per cent and in Korea it is one among the top three players.

However, in India, it reports sales of as low as 0.5 per cent.

Briefing the media, Advait Vaidya, Business Head-Mobiles, LG India, said that 5G is expected to be roll out in the second half of 2020 in India, and with this, LG Mobiles targets a double-digit market share.

"In regard to 5G, we have a lot of components in place, besides, other learnings can be brought from the global markets.

We want to hold a leadership position in the 5G space when 5G is launched in India.

With that objective in mind we have brought out the W series," he said here during the launch of W series on Thursday.