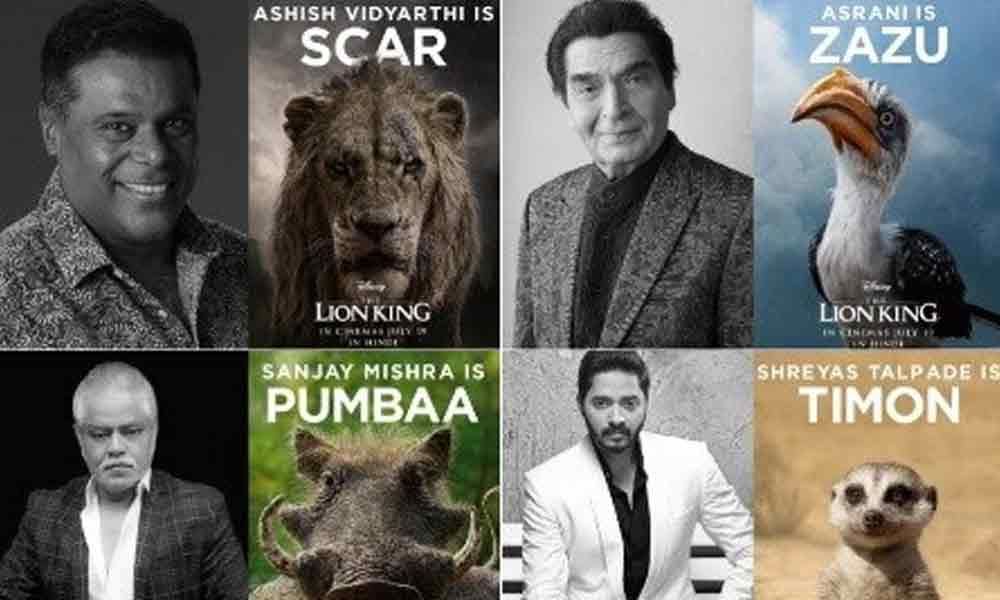 Jon Favreau helmed live-action remake about the lion prince Simba, who aspires to rule the Pride Lands like his father Mufasa, is soon going to hit the theatres.

Bollywood's menacing villain Ashish Vidyarthiwill lend his voice for Scar. Shreyas Talpade, Sanjay Mishra and veteran Asrani have been roped in to lend their trademark wit and humor as Timon, Pumbaa and Zazu respectively.

Trade Analyst Taran Adarsh dropped the confirmation on the social media. He tweeted, "After #SRK and #AryanKhan, Disney India announces powerhouse actors to voice for #TheLionKing in HINDI...Ashish Vidyarthi is Scar...Shreyas Talpade is Timon...Sanjay Mishra is Pumbaa...Asrani is Zazu...19 July 2019 release in #English, #Hindi, #Tamil and #Telugu"

Disney's The Lion King is one of the most-anticipated films this year. Etched forever as a pop culture classic, the animated version is known for its strong storytelling and memorable characters.

The Lion King is slated to release on 19 July in English, Hindi, Tamil and Telugu.