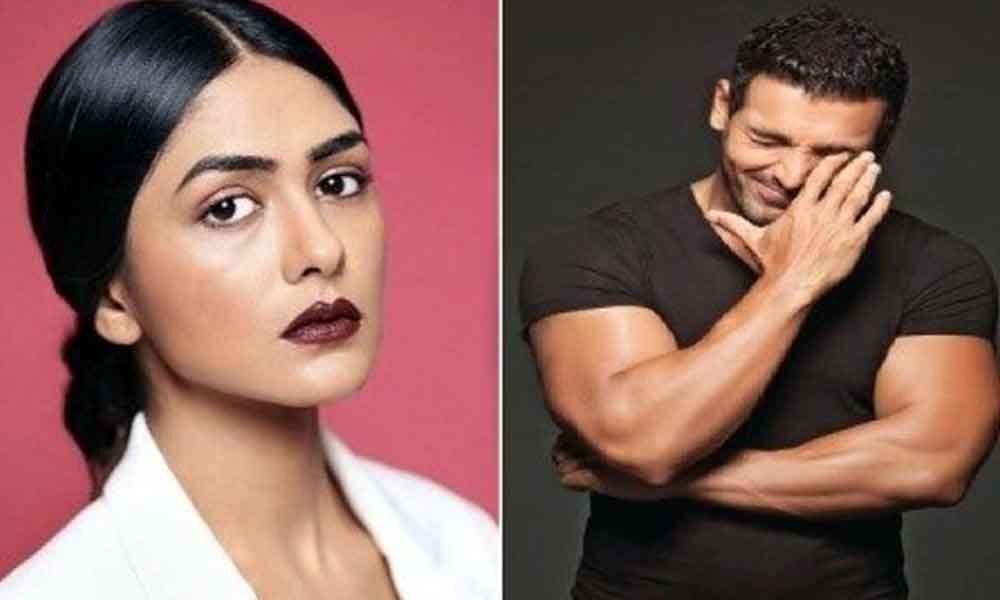 Actress Mrunal Thakur says her co-actor from Batla House, John Abraham is the sweetest person in the entire world.

Actress Mrunal Thakur says her co-actor from Batla House, John Abraham is the sweetest person in the entire world.

After making her debut with Love Sonia, actress Mrunal Thakur is on a roll, she got back to back three massive projects coming out, starting with Super 30 with Hrithik Roshan, Batla House with John Abraham and Baahubali series with Netflix.

Interacting with media on the sidelines of Elle Award Night, Actress Mrunal shared her experience working John Abraham in Batla House, which is directed by Nikkhil Advani.

She said, "John Abraham is the sweetest person in the entire world. Every time I got nervous, he would come around and tell me, Mrunal just look into the camera and smile, because your strength lies in your smile, so just use it. He supported me throughout the shoot and what more could you need from your co-actor, when he is so supportive"

Batla House, the forthcoming action thriller film is based on the Batla House encounter case that took place on 19 September 2008.

Mrunal Thakur was last seen in International project, Love Sonia, which is directed by Tabrez Noorani and produced by David Womark.