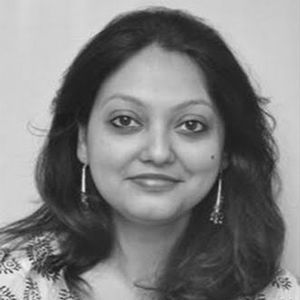 Kashmir is no longer just a haven for filmmakers looking for a scenic backdrop for their lavish Bollywood productions. Beyond films, music video makers are also finding ideal backdrop in Paradise on Earth, to tell their stories of just a few minutes.

Kashmir is no longer just a haven for filmmakers looking for a scenic backdrop for their lavish Bollywood productions. Beyond films, music video makers are also finding ideal backdrop in Paradise on Earth, to tell their stories of just a few minutes.

Bollywood's romance with Kashmir is nothing new. The industry has been revisiting Kashmir Valley for shoots back from the sixties, when films such as Junglee, Kashmir Ki Kali and Himalay Ki God Mein were filmed in the region's gorgeous locales to presentday when we had Raazi, Highway, and Bajrangi Bhaijaan among numerous others.

Except for a brief period when life and tourism in Kashmir Valley was paralysed owing to terrorism, Bollywood has always loved the scenic beauty of the place.

Music video makers add the latest twist in B-town's romance with Kashmir. A slew of videos, capturing the essence of the music and singing of some our most prolific musical talents have lately been shot in the Valley.

Music composer Salim Merchant recently returned from Kashmir after shooting for his upcoming song Tumhe dekh ke, and he sounds super excited with the experience.

"On the first day of our shoot, the temperature went down to minus 10 degrees celsius. However, despite the freezing cold, Kashmir is beautiful. I don't understand why people go to Switzerland and Europe when India has the most beautiful place in the whole world!" Salim Merchant told IANS.

"The people of Kashmir are so loving and hardworking. We did not take a single technician with us from Mumbai, and only worked with the local technicians from Kashmir," he informed.

The musician suggests more and more people should flock to Kashmir and enjoy the beauty of the place, like it was in the 1970s and 80s, and he says there is nothing to be afraid of for tourists.

Merchant said: "Creative people who are associated with music and cinema must visit Kashmir. Back in the seventies and the eighties, almost every Hindi film had at least one song that was shot in Kashmir. It is a great place for shooting. It is very unfortunate that people are not coming to Kashmir because despite what you see on television and news, life over there is completely different."

Singer-composer Jigar Saraiya features in the video of his latest song Heera, which has been shot in Kashmir. The Sachin-Jigar song also features actress Shriya Pilgaonkar. This team also worked with the local crew from Kashmir.

Recalling the experience, Saraiya said: "Shooting in Kashmir was fun, we had the local crew from there, who really helped us a lot in pulling through the shoot."

"When we were shooting over there, the minimum temperature was one degree and even went down to minus levels. It was very difficult to sit on a bike early in the morning, around six, and also to emote and lip-sync in the freezing cold. It was fun but very difficult!" he recalled.

Actress Mrunal Thakur, who recently shot with singer Guru Randhawa for his latest music video titled Abhi na chhodho mujhe in Kashmir, is smitten by the beauty of the place. Mrunal describes her experience as "surreal" and "enchanting".

Beyond music videos, of course, filmmakers continue returning to Kashmir.

Vivek Ranjan Agnihotri recently wrapped up shooting for his upcoming directorial The Kashmir Files in various locations across Srinagar.

Quizzed about his experience, the filmmaker shared: "There are two-three problems in Kashmir right now. Firstly, the temperature was the coldest in 30 years, almost minus 8.5 degrees, and it is difficult to start shooting in the mornings. Obviously, security is a big problem. But if you go as a tourist then it is almost 90 per cent safe. Also, I was provided with a lot of security by the Jammu and Kashmir government."