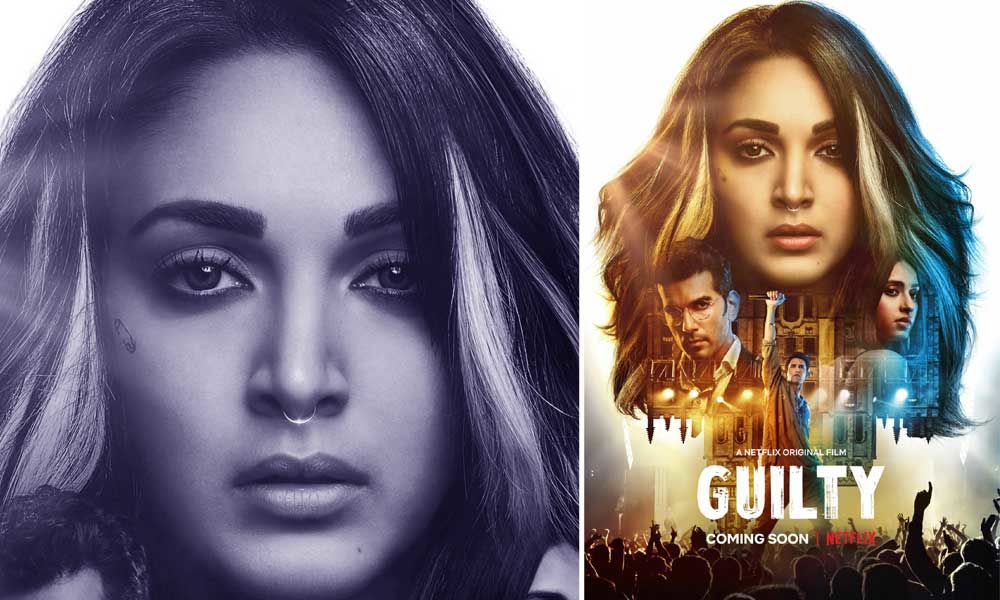 'Guilty' being the Netflix original, it has a Kiara Ali Advani as the lead actress. This Netflix series is directed by Ruchi Narain has an interesting ...

'Guilty' being the Netflix original, it has a Kiara Ali Advani as the lead actress. This Netflix series is directed by Ruchi Narain has an interesting and intriguing plot. A small-town girl accuses the college heartthrob of rape and comes into the scene. Whereas Kiara Ali Advani is seen as the musician girlfriend and makes us think who is 'Guilty'…

This series is making all the small screen people wait for its release. Well, before the series hits the screens, the trailer will be out tomorrow to make us get to know more about the plot.

This news is announced by Kiara through her Twitter page… Have a look!

This post has an image from the series where Kiara is seen in complete grunge look with platinum blonde streaks and septum piercing.

On the work front, Kiara will be seen in Raghava Lawrence next movie 'Laxmmi Bomb'. This movie has Akshay Kumar in lead role and it is a remake of Tamil hit movie 'Kanchana'.