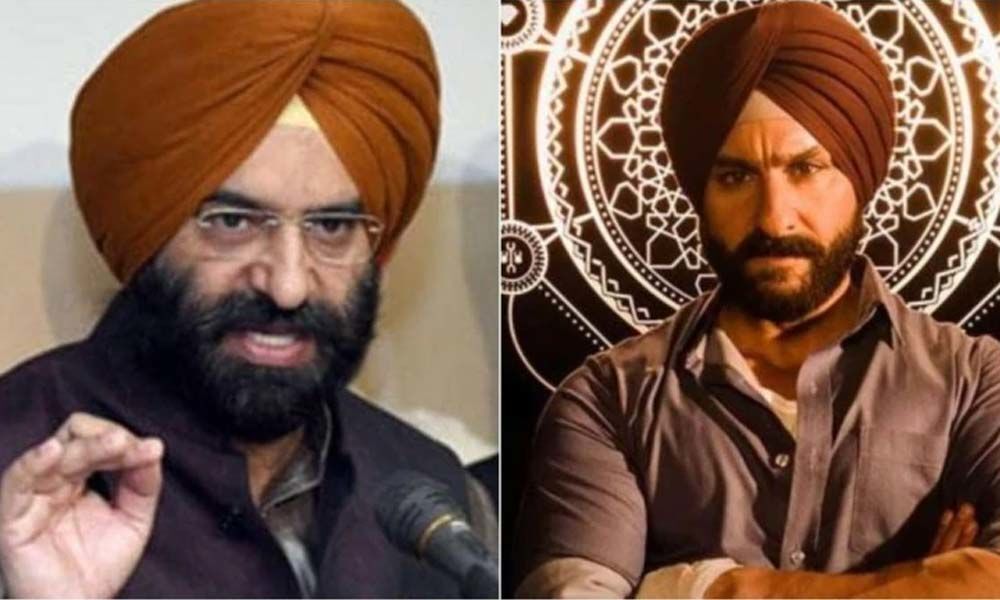 Sirsa took to Twitter on Tuesday and shared a clip of a scene from the show in which actor Saif Ali Khan's character Sartaj Singh is seen throwing away his Kada.

"I wonder why Bollywood continues to disrespect our religious symbols! Anurag Kashyap deliberately puts this scene in 'Sacred Games 2' where Saif Ali Khan throws his Kada in the sea! A Kada is not an ordinary ornament. It's the pride of Sikhs and a blessing of Guru Sahib," Sirsa wrote.

He also demanded the removal of the particular scene from the Netflix show: "Why was the main character made Sikh if you didn't do any research on the identity of Sikhs and how 5 kakaars (including Kada) are quintessential for Sikhs. I demand the removal of this scene as soon as possible or we will take legal action against the production team."

"We cannot let Bollywood stars play with our religious faiths and sentiments. I warn Anurag Kashyap; he should at least study the scriptures of Sikhs and Hindus before he portrays the characters so negatively in his projects just for entertainment or sensationalisation," Sirsa wrote.

The second season of "Sacred Games" was launched on August 15.