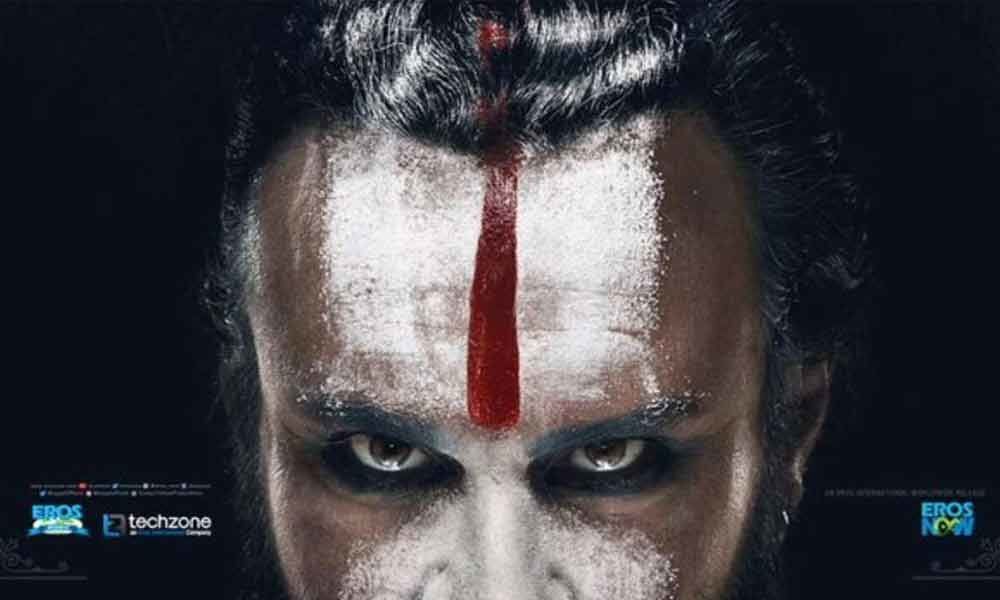 The teaser of Saif Ali Khan's upcoming film ‘Laal Kaptaan’ was unveiled on the actor's 49th birthday on August 16.

The teaser of Saif Ali Khan's upcoming film 'Laal Kaptaan' was unveiled on the actor's 49th birthday on August 16.

With ash rubbed on his forehead, and chanting "har Ram ka apna Raavan, har Ram ka apna Dussehra" in an intense voice, Saif has left fans stunned with his new avatar as a naga sadhu in the film.

With a red mark on his forehead and dark kohl-rimmed eyes, his hair tied in a bun and face smeared with ash, Saif has completely transformed himself for the role. 'Laal Kaptaan' is directed by 'NH10' maker Navdeep Singh, and is scheduled to release on October 11. The film has been postponed from its original release date of September 6.

Saif is back as the cop Sartaj Singh in the second season of "Sacred Games". He will soon be seen in the romantic comedy, 'Jawaani Jaaneman.' Celebrating his 49th birthday, the actors is currently in London spending time with wife Kareena Kapoor and son Taimur.

Wishing her father a happy birthday, actress Sara Ali Khan penned a post for him. "Happy birthday abba. I love you so much," she wrote along with a photograph in which she can be seen posing with Saif and her brothers Ibrahim and Taimur.