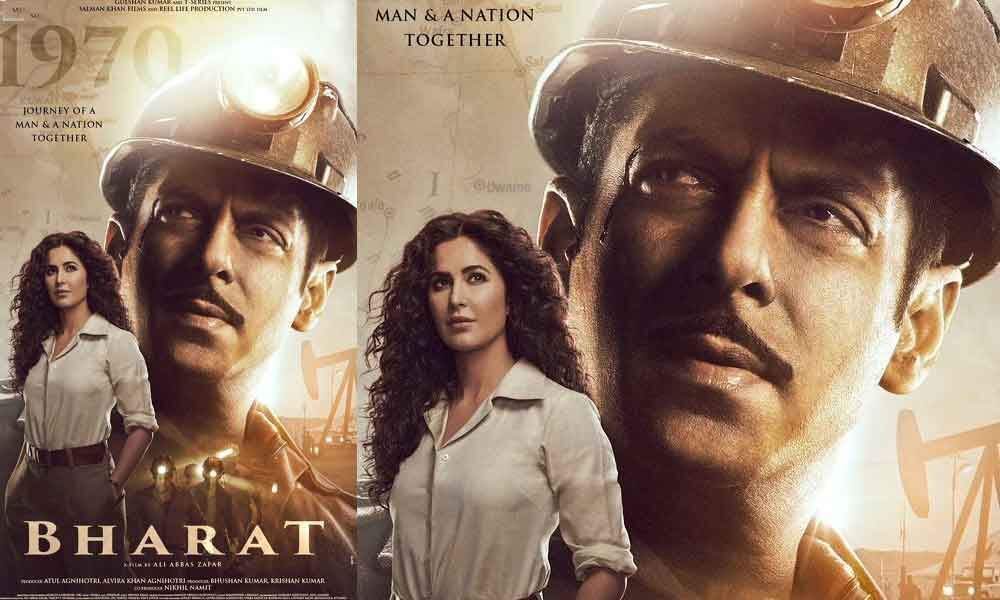 After unveiling teaser and series of posters, the makers of Bharat are out with first ever official poster of the film featuring Salman Khan and Katrina Kaif.

After unveiling teaser and series of posters, the makers of Bharat are out with first ever official poster of the film featuring Salman Khan and Katrina Kaif.

On the poster, Salman Khan is seen in his younger avatar, he is sporting a miner's outfit, with moustache and headgear with lights. Actress Katrina Kaif looks stunning in long curly hairdo, sporting a Khakhi and white shirt. We can also see oil-digging machine in the background.

The forthcoming period drama, Bharat, is an official adaptation of Korean film, Ode To My Father, a journey of a man through hardship and struggle in life, infused with major political events unfolding around him.

The film reunites him with Katrina Kaif and it is currently under post production. It will mark the return of Ali Abbas Zafar and Salman after blockbuster films, Sultan and Tiger Zinda Hai.

The teaser of the film is already out, and has intrigued the fans; the trailer of the film will be out this April 24, 2019. As the film is currently three months away from its release, the makers want to give a glimpse of the film way ahead of the release. This will be exciting for the fans who are excited to see Salman Khan sporting different looks which they got to see in the teaser.