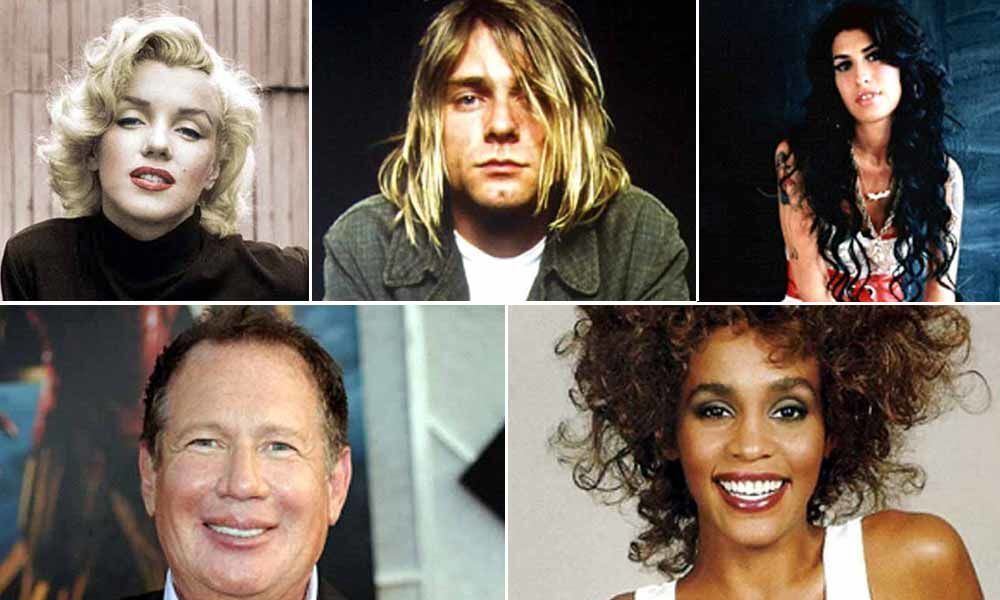 No one can deny that Robin Williams was one of the most loved comedians of all time! And not just a comedian, Williams was also a versatile actor who has given stellar performances all his life.

No one can deny that Robin Williams was one of the most loved comedians of all time! And not just a comedian, Williams was also a versatile actor who has given stellar performances all his life. With his documentary being aired in India on Star World on his Birthday, people have again started remembering the legendary actor. The man who made the whole world laugh was actually really sad within. Robin had a colourful journey that ended too soon, his suicide came as a shock to the whole world.

However, he wasn't the only artist who was gone-too-soon in a tragedy. Here's a list of five celebrities who died in a tragedy that shook the world and the documentary made on them!

Marilyn Monroe - The millionaire actress and an enduring sex symbol, Marilyn Monroe was admired internationally for her work. She had a successful career but in her personal life, she faced a long string of relationships that didn't end well. Her death followed a lot of controversies and theories. Though many people believe that it was a murder, but officially she died out of drug overdose.

Kurt Cobain - The talented performer and the frontman for Nirvana, Kurt Cobain had a long list of acclaimed albums on his name. With a skyrocketing and popular career, Kurt faced several conflicts in his life. He reached the epitome of success at a very young age, in his early 20s. He was suffering from Heroin addiction and one day, he shot himself in his guest house. Left behind, a long and lengthy suicide note addressing his fans and family.

Amy Winehouse - Singers dream of winning one Grammy. Imagine winning five Grammys? Amy Winehouse, the jazz vocalist who later bloomed into a mix of jazz, pop, soul, and R&B won five Grammys for her acclaimed music career. Though she had an absolutely amazing professional life, her personal life and health started facing a lot of setbacks. From punching fans on the face to drug and alcohol addictions, Amy's decisions started overshadowing her career. At the age of 27, she tragically died out of accidental alcohol poisoning.

Garry Shandling - The multi-talented writer, comedian, director, actor, and producer Garry Shandling began his career by writing for sitcoms as big as Sanford and Son and Welcome Back, Kotter. Nominated for four Primetime Emmy, then came a time when he was considered as a contender to replace Johnny Carson. He even made appearances in Marvel's Iron Man 2 and Captain America: The Winer Soldier. Garry's darker times began with his name being involved in sexual harassment allegations. Suffering from fatal hyperparathyroidism, he died at the age of 66 in his home in Los Angeles.

Whitney Houston - The American singer and actress and one of the most awarded female artist Whitney Houston gained all the name and fame after releasing her albums. She was one of the few lucky artists who got signed by the label at a very young age of 19. Then eventually, Whitney became an international sensation and rose to prominence. With greatest hits, again and again, there was no looking back for Houston. With rising fame, she started taking drugs and one day, to numb her pain she took drugs and died taking a hot bath.

Robin Williams: Come inside My Mind will air in India on 21st July 2019 on Star World