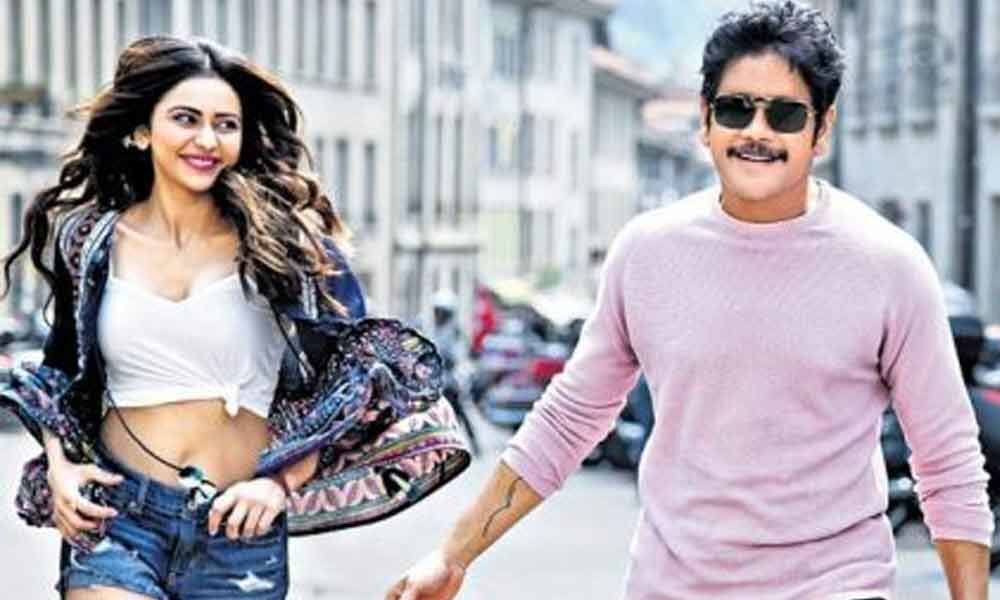 Twitter and social media has grown so vastly that we can understand how a film is going to fare at box office by looking at the trends there. We get...

Twitter and social media has grown so vastly that we can understand how a film is going to fare at box office by looking at the trends there. We get valuable insight from audiences on a film, within hours of its opening. Hence, we keep bringing you social media response on a new release regularly.

A French film has been adapted to Telugu for this film and the team promises a complete Telugu Family entertainer. Movie released on 9th August.

Nagarjuna is expecting to launch Manmandhudu franchise with this film as original Manmadhudu became a classic in modern times. Even though this is not a sequel, the movie is said to have similar kind of problems for the lead character. In the original, he hates women, here he loves but is commitment phobic.

The movie got strong response for liplocks with leads as they have major age difference and also, some criticism for using a classic title to sell this story. Some believe makers are trying to rip off the original credibility and cash-in with a product that is not upto the original standards. Is that true or the film could stand out and provide its own dose of entertainment? Let's find out ...