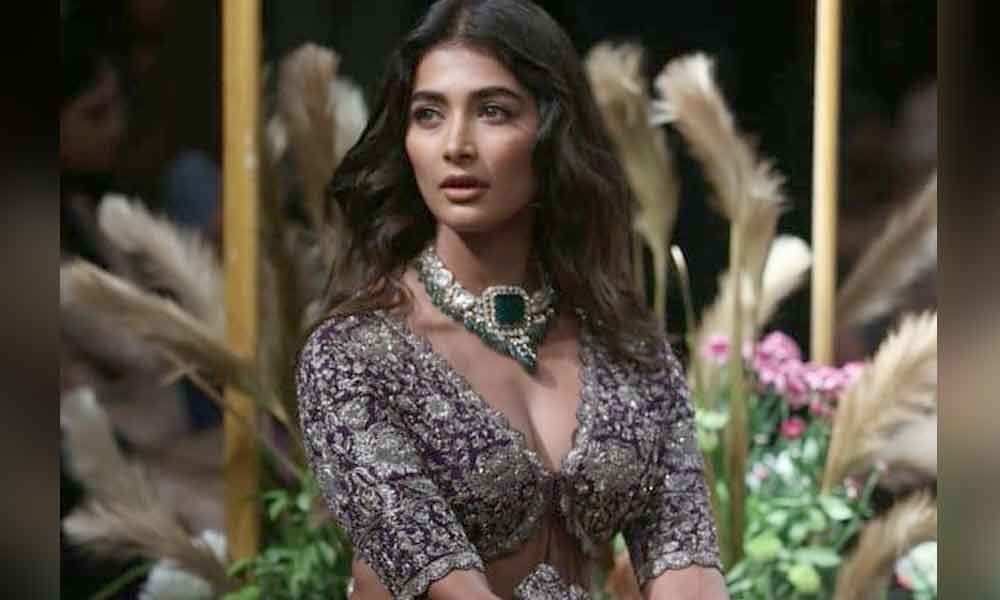 Dusky siren Pooja Hegde has become a hotshot heroine in the Telugu film industry by bagging big offers from the last couple of years.

Dusky siren Pooja Hegde has become a hotshot heroine in the Telugu film industry by bagging big offers from the last couple of years. Already, she has acted with the likes of star heroes such as Mahesh Babu, Allu Arjun and NTR. Currently, she is acting with Prabhas as well and is at the prime stage of her career.

The actress walked on the ramp of Lakme fashion week yesterday, wearing a royal lehenga designed by Jayanthi Reddy. Pooja stole the show by setting the stage on fire with her hotness in this traditional attire. Her perfect shaped curves are clearly visible through that heavy lehenga.

Pooja looked regal in the attire and one feels like a queen is walking on the ramp. The actress has got a thundering response from the audience of the event as well. On the film front, Pooja will be next seen in Allu Arjun's Ala...Vaikuntapuram Lo, which is slated to release during Sankranthi 2020.