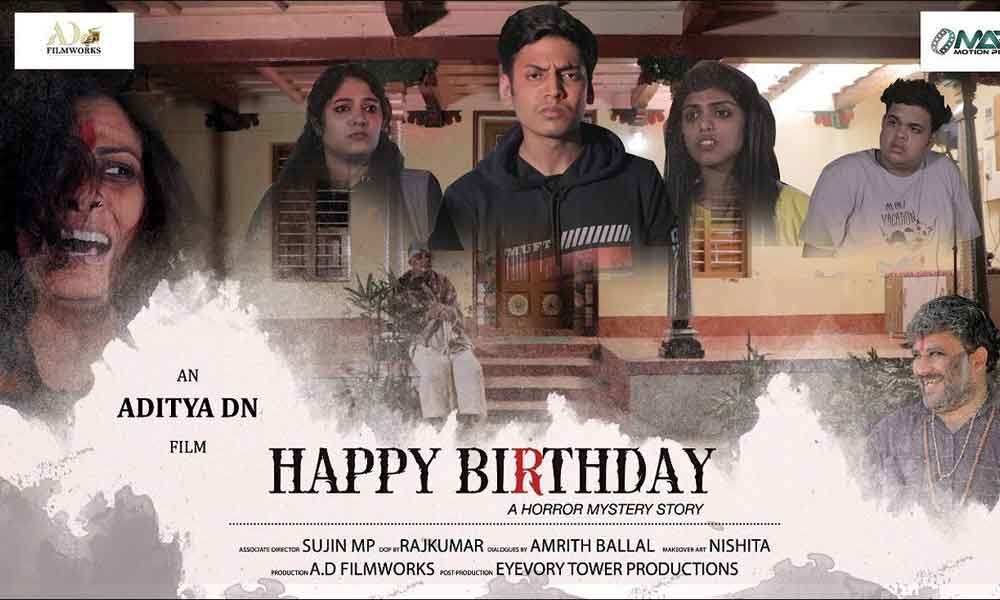 Horror thrillers have become order of the day.

Horror thrillers have become order of the day. With all the commercial and entertaining elements, this genre is filmmakers' go to formula for box office success, unless they miss the plot! Earlier, horror flicks had to be enjoyed on the big screen and short films were limited to online releases. But not anymore.

In fact, even short films in this genre are being explored these days. A latest short horror film titled "Happy Birthday" directed by a young filmmaker Aditya (22 years) is drawing the attention of viewers. This short film has been released under the banner Mark Motion Pictures on the YouTube platform.

All the artists in this movie are from theatre backgrounds. Aditya has said that this movie has been made on a low budget. "The entire movie was shot in December and was intended to be released in the month of January. We needed time to complete the story after which we prepared dialogues. This short film of 30 minutes duration was screened at Urvashi theatre in Bangalore," says Aditya.

Within a span of a few days, this movie was viewed by about 2,500 people. Netizens have appreciated the way the movie is presented. Usually, people like horror movies. Aditya is happy with the response to this short film during the first week itself. Aditya, who is studying BBM in a city college, planned to shoot this movie during the lockdown period. So far, Aditya has prepared three short movies. "The digital age has proved to be a boon for aspiring youngsters like me who want to step into film land. People who are extremely busy are looking for entertainment in a small duration. For such people short movies provide entertainment," signs off Aditya.