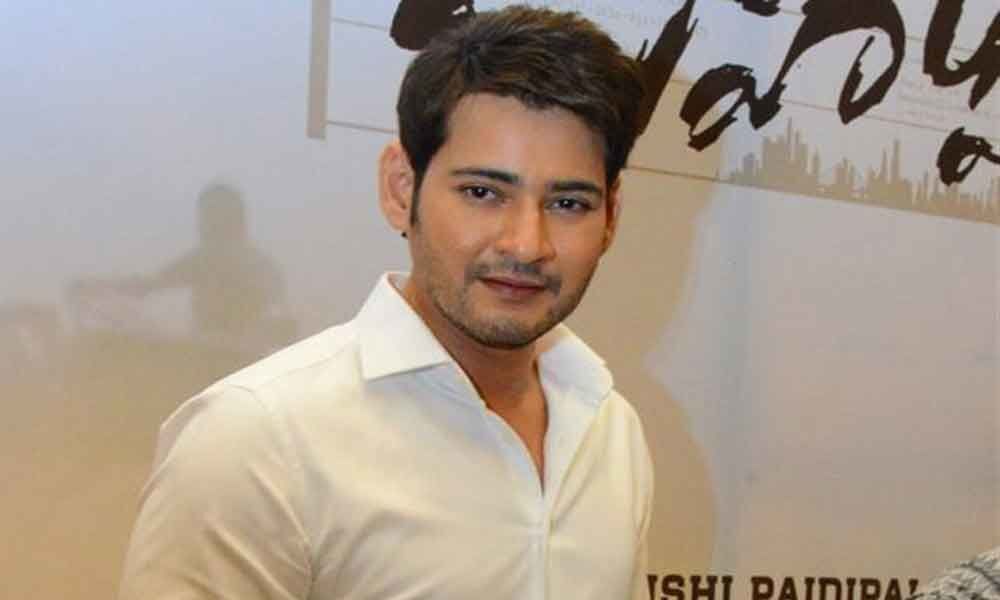 After the blockbuster ‘Bharat Ane Nenu’, superstar Mahesh Babu is busy promoting his latest film ‘Maharshi’ which is all set to hit the screens on May 9.

After the blockbuster 'Bharat Ane Nenu', superstar Mahesh Babu is busy promoting his latest film 'Maharshi' which is all set to hit the screens on May 9. Talking to the media, the actor said, "There is a strong father-son bonding in the film which leads to conflicts as well." However, he rules out any similarities with 'Srimanthudu.' "Both the stories are as different as chalk and cheese.

I know that comparisons are bound to happen but you have to watch the movie to know the exact difference," he adds. He claims that he okayed this script after listening to Vamshi' 40-minute narration. "I was hooked to the storyline and my character as well. But I didn't have immediate dates and asked Vamsi to wait. He waited for two years for me," he informs.

Mahesh Babu claims that 'Maharshi' has a unique point. It has been narrated like an emotional saga and bound to bring some change in society, the actor adds. Talking about doing different roles in the film, he adds, "Breathing life into the college student's role was very difficult.

Right from the body language, dialogues, and looks I had to work very hard for it. I had many apprehensions doing that part but with Vamsi's support I pulled it off." Recalling one of the best moments of his 25-films old career, he says. "My dad watched the first-day first show of 'Murari' in Sudarshan theatre in Hyderabad. Once the screening was over, he put his hand on my shoulder feeling satisfied.

That was the best moment of my career to date," he points out. He states that his father and superstar Krishna also watched 'Maharshi' and felt happy. "Yes, he expressed his happiness about the film. In fact, he is an honest critic of mine and never hides anything." Talking about Sukumar's film which he couldn't do, he says, "Sukumar is a good friend of mine and the film is very much on.

I wanted to do a complete entertainer, but Sukumar came up with an intense script, so I opted to work with Anil Ravipudi and it is going to be an out-and-out entertainer. I conveyed the same to Sukumar and both of us parted ways decently,"

On recalling certain films during the pre-release event, he clarifies, "The Telugu audience felt that I can act well with 'Murari', while 'Okkadu' made me a star. 'Athadu' had opened my US market, while 'Pokiri' took me closer to the masses. 'Srimanthudu' and 'Bharat Ane Nenu' were landmark movies. Of course, '1 Nenokkadine' was a cult movie.

On production side, I have just began a web series and planning to produce low-budget movies with young talent." Finally, he is waiting to work with ace director S S Rajamouli, "I am in talks with Rajamouli garu and it will be announced at the right time," he concludes.