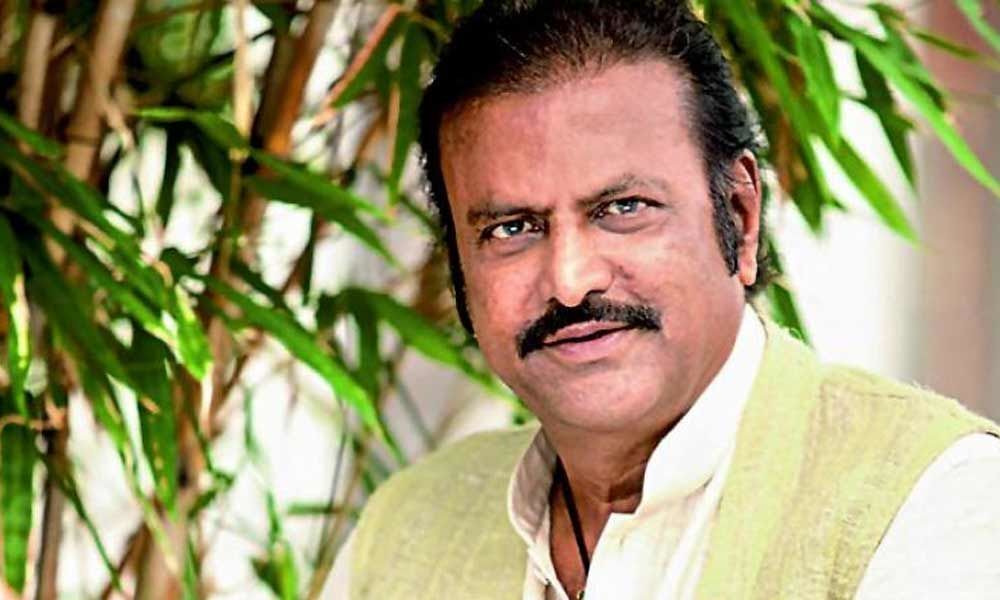 Seasoned actor Manchu Mohan Babu, who joined YSR Congress Party on Tuesday, claimed that he will not force his sons and actors- Vishnu Manchu and Manchu Manoj- to follow suit.

Seasoned actor Manchu Mohan Babu, who joined YSR Congress Party on Tuesday, claimed that he will not force his sons and actors- Vishnu Manchu and Manchu Manoj- to follow suit.

"They are grown up and married. I will not force them. They have to take a call on joining politics or not," said the 'Peddarayudu' star at a press conference held in Hyderabad on Tuesday.

"I am returning to politics after 20 years," he added.

"I was big fan of NTR and I even predicted that he would come back to power during the shooting of our film 'Major Chandrakanth' and it came true," he informs.

Actor Vishnu Manchu was around his father during the presser and seen sharing a few tips.

"Frankly, I am not seeking MLA or MP seat , otherwise I would have joined the party three years ago.

Now, I just wanted to extend my support to Jagan Mohan Reddy.

He is son of great leader YSR and also has chances of coming to power in upcoming Assembly elections," he predicted.

The versatile actor who played a firebrand MLA on screen in 90s 'Assembly Rowdy' is not aiming for anything specific position either.

"I am not behind any posts, even if Jagan wins the elections. Honestly, I am not craving for any position," he points out.

The lanky actor who had done more than 500-odd movies said that he was associated with BJP due to his frienship with Venkaiah Naidu and Vidya Sagar Rao for some time.

"Both were my good friends of mine so I was with them but no political leanings," he reasons.

The actor who showcased traces of his acting brilliance in films like 'Rayudu', 'Yamadharmaraju MLA' and 'Sri Ramulayya' said that TDP supremo was his old friend.

"I can take the liberty of calling him Chandrababu (despite him being the CM) since we have been friends for more more than 40 years. I kept calling him and sending him letters for fee reimbursement for last three years, but in vain. I had to hold a dharna," he adds.

On his political comeback after two decades, he says "All parties invited me, whether it is the TDP, YSRCP or the BJP. It is my wish to join any party at any time. That is the nature of democracy. I will campaign for the YSRCP and follow whatever plans the party has for me," he concludes.