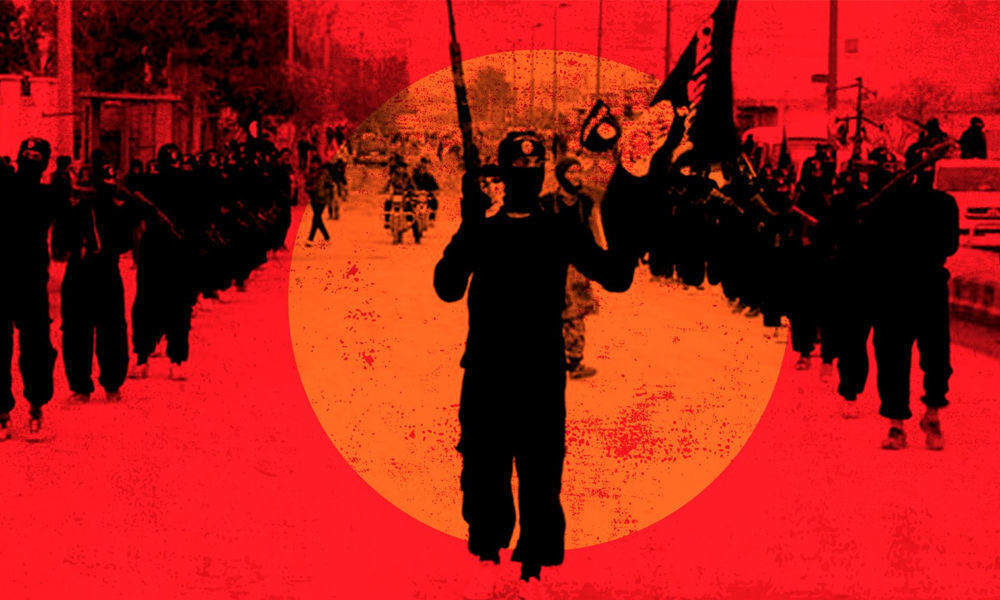 The last pocket of the Islamic State (IS) in Syria fell to the Kurdish-led forces on Saturday marking the end of a brutal Caliphate campaign that the IS has created in large parts of Iraq and Syria in 2014.

The violence and the brutality that was heaped on millions of innocent people, including a majority of women and children and their untold misery write one of the saddest parts of the human kind's story.

This also has led to one of the biggest migrations of populations yet. The US President welcomed the fall of the Islamic State group's five year 'Caliphate' but warned that the terror group still remained a threat.

Even UK Prime Minister Theresa May welcomed the 'historic milestone' but added that her government remained committed to eradicating the poisonous ideology of the IS. The IS does not live and die on a piece of land.

It is a mind matter. Whether one agrees or not, the IS or any such extreme ideology - in the name of religion or region - will always be preserved in the world by the extreme repression and brutalities meted out to a section of the society.

Islamic State's self-styled caliphate once spanned territory larger than South Carolina. The extremist group controlled the lives of more than 8 million Iraqi and Syrian residents and established its own currency, a taxation system and a sprawling bureaucracy that went so far as to dictate what its subjects were allowed to wear and to think.

Its fighters vowed they would conquer Rome, Paris and Washington. Today the question remains who will take the captured few hundred militants and their 1,000 family members - whoever is left alive.

There are larger issues here. The war against the IS was not the common agenda of the world. The Russians, the Americans and the Syrians and the Kurds... all of them had a different view.

Hence, the falling of the last bastion of the IS does not mean by any yardstick permanent peace in the region or for the world. The IS ideology has already triggered several lone wolf attacks in the world far and wider.

It has also impacted and guided several smaller and minor groups to pick up arms. Next time the name could be different, and the actors could be different. Coming to Syria itself, now Donald Trump will have the opportunity to withdraw his 2,000 troops from Syria as he had announced in the past.

Though he said he would leave behind a small contingent to prevent Turkey from entering into a conflict with the Kurdish-led Syrian Democratic Forces, it is not sure this would prevent a war between the Kurds and the Turks.

The Kurds fear being abandoned by the Americans as they are caught between the devil and the deep blue sea - Turkey and Syria.

There is another vital question - the fate of the thousands of foreign-born Islamic State adherents now confined to the makeshift prions and camps run by the Kurds.

Where will they go? Their home countries have refused entertaining them. They cannot be abandoned there.The last pocket of the Islamic State (IS) in Syria fell to the Kurdish-led forces on Saturday marking the end of a brutal Caliphate campaign that the IS has created in large parts of Iraq and Syria in 2014