Capturing the essence of Bonalu 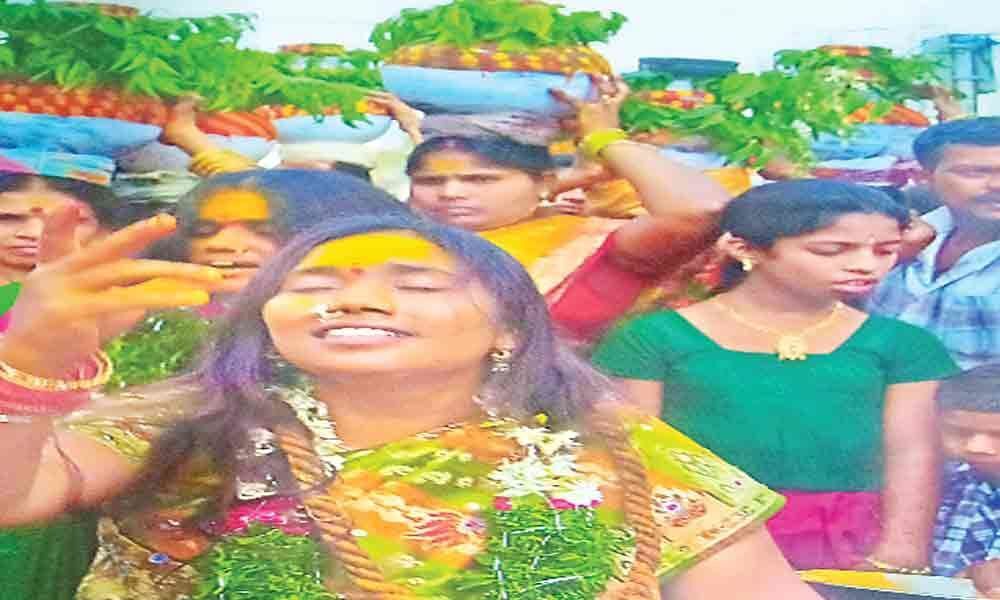 Capturing the essence of Bonalu
Highlights

A picture speaks a thousand words, and to give an ode to Bonalu, Telangana Sahitya Kala Vedika released a book titled 'Bonalu Mahankali Jatara'....

A picture speaks a thousand words, and to give an ode to Bonalu, Telangana Sahitya Kala Vedika released a book titled 'Bonalu Mahankali Jatara'. Bonalu, the annual festival of Telangana celebrated in Twin Cities Hyderabad, Secunderabad and other parts of Telangana is a vibrant affair. The festival is also considered a thanksgiving to the Goddess for the fulfilment of vows.

The book contains 280 pages. Of these 280 pages, 260 are in photographs. The 'Bonalu Mahankali Jatara' is priced at Rs 3000 and is useful to the future generation to know about the culture of the Telangana.

After attaining Statehood for Telangana, K Chandrashekar Rao, the Chief Minister of Telangana, has declared 'Bonalu' as State festival. The zesty festival is now celebrated with more pomp. The book gives an inside knowledge of the festival and pictures clicked by the senior photographers showcases the vibrant side of the Mahankali Jatara. These colourful pictures truly pay an ode this vivacious festival.

"The emergence of village Goddesses also dates back to ancient times. It is an idea formed during human evolution. Over a period of time, it became a belief that gradually led to some practices and customs. Eventually, it became a way of life," says Filmmaker B Narsing Rao at the start of the book.

This is the second book published by the Telangana Sahitya Kala Vedika. The first one was 'Sammakka-Saralamma'.