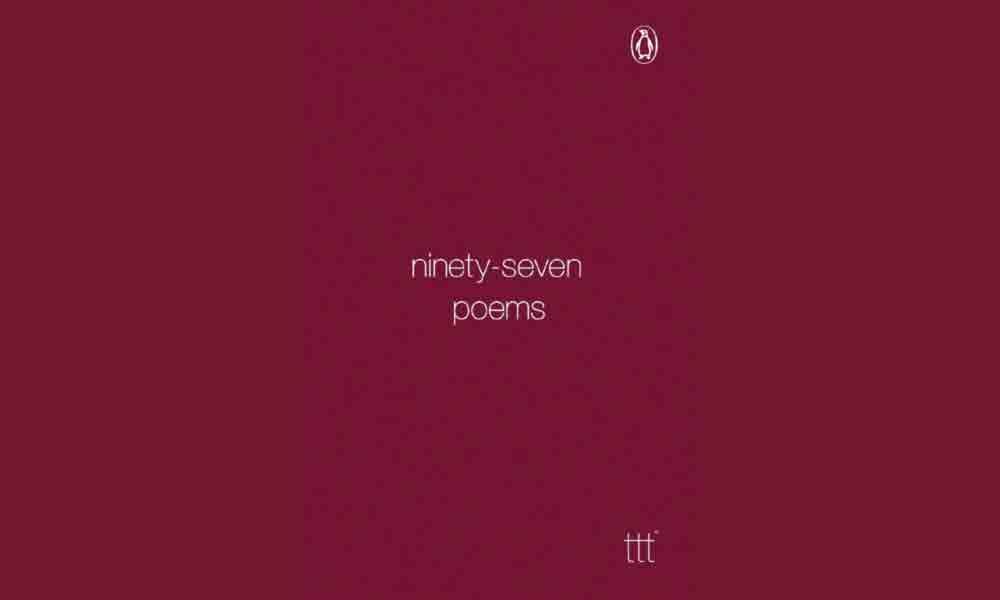 After their first bestseller, Terribly Tiny Tales and Penguin come together on the same page once again.

The first thing that is noticeable about this book is the strikingly attractive cover that demands your attention. The rich fuchsia background and the minimal lettering on the cover gives it a mysterious appeal with an artsy edge, that is bound to make one look inside.

An anthology of 97 pieces of modern poetry, this book is the second publication from Terribly Tiny Tales in partnership with Penguin India. There does not seem to be a particular theme to this collection of poems. The only commonality being they are all singularly millennial in both the choice of the subject as well as the approach.

There are a few remarkable poems on issues and situations our generation faces that makes these easily relatable. A few of these heart touching gems are:

You found a stray mouth in the streets' by Megha Rao

'The Summer Teacher' by Nivedita Agashe

'Table for one' by Titir Anan

However, while micro-fiction is a trend that is being celebrated widely in the current times, it often falls short in reflecting the aesthetics of literature. This is mostly why the book falls meek when seen as a whole. What can be called page-fillers, constitute to easily 65 per cent of it. These so-called poems seem rudimentary and unrefined. Some of them would have made better stories as prose. Poetry is not a mere distribution of words into sentences with sporadic breaks. There is a subtlety to building up the essence of a subject, which most of the poems in this publication lack, which is a disappointment.

Furthermore, some of the poetry is overly personalised, which exude the whole 'social media status' vibe. It feels a little too much like they were written for someone in particular and is a hidden message of rebellion for that specific person.

It is true that art is open for all sorts of interpretations and judging them harshly might be considered insensitive. What makes sense to one individual might seem silly to another. This is what makes reviewing poetry a true challenge. With that said, this book would make a good coffee table accompaniment at a cafe and not so much on a bookshelf. It gets a 2.0 on a scale of 5.

Health tests every woman should have in 2020