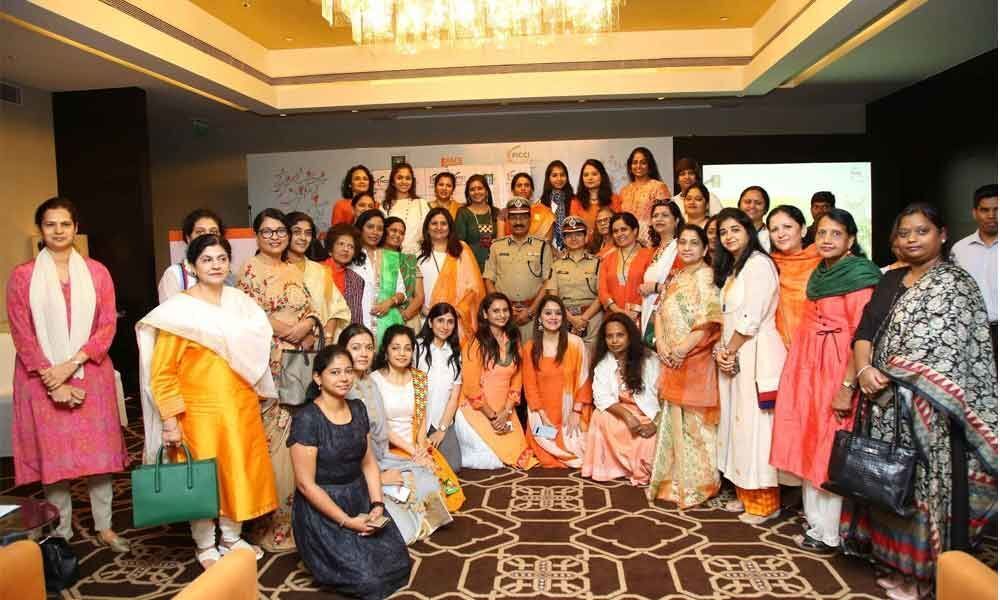 Priority is women safety as they form half of our population. As lifestyles are changing and people are more on to digital mode of life nature of crimes are shifting to digital platforms. So, police are reorienting themselves towards the same

The very same people who are more law abiding in the west behave otherwise here, because, there they know that they can't escape. But there are more chances of going scot-free and unidentified.

But this will soon be the thing of past. We are working more towards this aspect. The ability to detect and punish the offenders is the foundation of law enforcement in this state said Mahendar Reddy, DGP, Govt of Telangana.

Many big cases solved in 24 to 48 hours. The next big thing after solving a case and finding offenders is getting them convicted. We were successful in getting culprits punished in many sensational cases including recent 9month old Baby rape case in Warangal he shared.

The top cop accompanied by his colleague Swati Lakra, Inspector General of Police (Women's Safety) Telangana. I/C SHE Teams and Bharosa had a Face to Face interaction with 100 plus FICCI Ladies(FLO) members here in the city on Saturday morning.

♦ We would like to be the first in the country in standardizing safety, security practices and enhancing it along with the changing times. And it is also our endeavour to improve quality of investigations. That is our first goal

♦ The agenda is improving emergency response management. Currently in the city it is well within five minutes, 10 minutes in semi urban area, 15 minutes in rural areas. The state's average has been 12 minutes, he stated.

♦ Third priority is the women safety as they form half of our population. As lifestyles are changing and people are more on to digital mode of life nature of crimes are shifting to digital platforms. So, police are reorienting themselves towards the same. We have the best Cyber Crime Lab; the best talent dealing with cybercrimes and we have best of the best state of the art equipment.

Telangana Police think that technology could be force multiplier. Manpower alone can't help. Technology is important for ability to perform he said.

Moreover, as the very nature of crimes is also changing from traditional crimes to cyber crimes. So, the focus is more on technology. Also, for effective law enforcement and to punish offenders we need evidence-based enforcement.

That is why our focus is more on embracing latest technology, he added. We have installed five lakh CCTVs in the city. Our goal is to reach one million.

London city has one million and we want to reach that number and offer evidence-based policing to the people in the city as well as the state.

What we have not achieved in 70 years, we have achieved results in the last five years he informed.