Congress in Telangana State waits for knight on a white charger 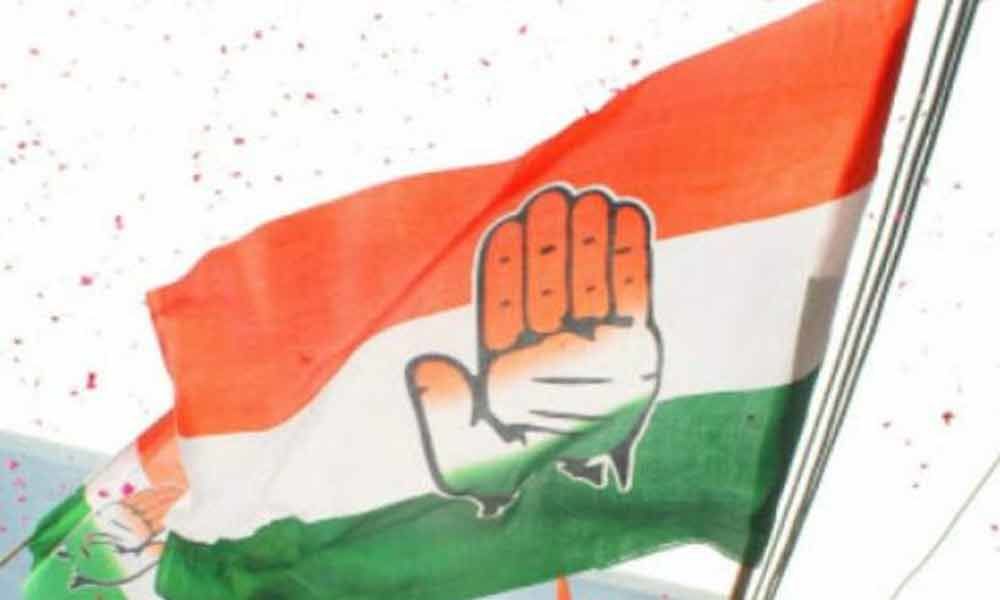 The hurly-burly is done, the battle is won and lost. While the winner - the Telangana Rashtra Samithi (TRS) - just swept the polls with brutal...

The hurly-burly is done, the battle is won and lost. While the winner - the Telangana Rashtra Samithi (TRS) - just swept the polls with brutal majority, the loser – the Congress - was forced to cling on by fingernail for survival in Telangana.

Even after the humiliating rout in the elections, misfortune continued to haunt the Congress as it lost 12 out of its 18 newly elected legislators to the irresistible bait of the TRS.

The grand old party does not have even the position of main Opposition in the Telangana State Assembly now.

Though the Congress initially enjoyed the sympathy of people for granting separate statehood to Telangana by bifurcating Andhra Pradesh, severe infighting and lack of able leadership spelled the doom for the party in the State, thus making the land fertile for the ruling party.

Though expectations were high for the Congress in the recently held elections to the Lok Sabha, the party could manage to win only three out of the 17 constituencies they contested.

Moreover, in the recent elections to local bodies, the Congress could get only 75 ZPTC and 1,392 MPTC seats.

Apart from its dismal national performance in the Lok Sabha elections, the party suffered major setback at the State level when 12 out of its 18 elected MLAs sought their legislature party's merger with the ruling TRS.

On June 6, 12 MLAs, constituting two-thirds strength, submitted the memorandum of merger to the Assembly Speaker wishing to work alongside the TRS. Subsequently, considering the requisite strength, the Speaker endorsed the merger.

Now, the strength of the Congress MLAs is reduced to six and it can lose its main Opposition status if the merger is not reversed.

Hence, the question now is whether there is any chance for the Congress to consolidate its vote bank again in the future.

When we go by the ground situation in the Lok Sabha and the recently concluded local bodies elections, we see that there are some sections of voters who still identify themselves with the Congress.

In Nalgonda, Bhongir and Malkajgiri constituencies, the party wrested Lok Sabha seats from the TRS which means that the electors have preferred the Congress over the TRS and other parties.

At the moment, when the party is riven by defections, if the Congress leaders come together, work for the party, live up to their poll promises and groom some good leaders, then there is a fair chance for the party regaining ground.

Now that the Congress' numbers came down to only six in the State Assembly and since All India Majlis-e-Ittehad-ul-Muslimeen (AIMIM) is ahead with seven MLAs, can the Majlis get the Opposition tag as it is the second biggest party in the Assembly?

According to rules and conventions, 10 percent of the total strength of Legislative Assembly/Council is required for a party to be designated as a recognised party. But the Central law on the subject does not lay down any cap on the minimum strength.

When it comes to the question of Opposition role, the AIMIM criticises the government in the interest of people and presses for minorities' issues.

There is speculation that the AIMIM has its own agenda and can go with any party that comes to power. This is, however, countered by the party chief Asaduddin Owaisi saying that it would have supported the Congress if the Lok Sabha poll outcome required it to.

But AIMIM openly opposes the BJP which asserts the Hindutva policy and recognises the Congress as a secular party.

Does this turn of events hold opportunity for other parties? Yes. Going by the BJP's good performance in the Lok Sabha elections in the State where it secured four seats on its own, the saffron party is fast catching up with the Congress.

There is opportunity for the BJP for working hard and winning the trust of voters at a time when there is a declining image of the Congress. The BJP can focus on the plank of development of the State on par with other frontline States.

However, one cannot overlook the fact that the Congress managed to win seats despite the TRS onslaught and this shows that it will not be curtains down for the party.

But the Congress revival can happen only if there is immediate revamp of the party with organisational changes at both the Central and State levels.

The party's high command has to make its political ideology clear and its top leaders should make State visits from time to time. The party has to enroll cadres at each polling booth and groom strong leadership at the grassroots.

The State leaders can invoke the party's role in granting separate Telangana State.

Moreover, instead of being critical of the TRS government schemes, the Congress has to focus on how the TRS is delivering its poll promises and carrying out development works in the State.

It can also take up door-to-door interactions with the people of Telangana, starting with the rural areas. As we see the party's flair in recent panchayat and MPTC and ZPTC elections, we can say that it associates with rural people and farmers better.

It can build pressure on the TRS government over the farmers' issues especially in Nizamabad and other districts.

More importantly, the Congress should not go for stitching alliances in the State and fight elections on its own so as to send clear message on the party's agenda to the people.

It can exploit the image of former Chief Minister late Y S Rajasekhar Reddy and his schemes in the erstwhile united Andhra Pradesh and promise a better deal to minorities and other weaker sections.

The State Congress leaders have to highlight the role of Rahul Gandhi as a secular leader.

With this, wasting no more time, the State leaders must start working on forthcoming municipal elections by planning the campaign and picking up strong candidates.

This, the State leaders have to do for reviving the party instead of making castles in the air and taking up protests on the defection of the party MLAs. Currently, as there is a TRS wave, the Congress party should first only focus on its revival and not take on the TRS head-on.

Now, the State High Court is looking into the issue of disqualification of defected MLAs and the verdict will decide the fate of the Opposition status of Congress Legislature Party. The hearing is posted to 12 July.