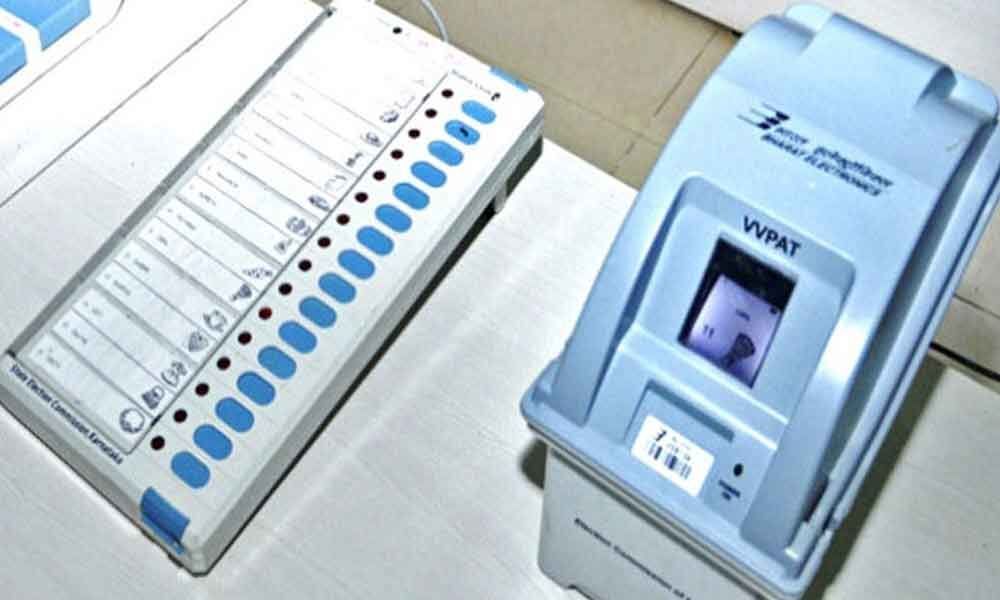 Ahead of the counting of votes in India in the recently concluded general elections in which the BJP was victorious, allegations were levelled by some political parties that EVMs

Ahead of the counting of votes in India in the recently concluded general elections in which the BJP was victorious, allegations were levelled by some political parties that EVMs were being changed in the strong rooms in a few States.

The big question is whether this would be possible? Mass rigging of India's EVMs is very difficult as these machines are offline that makes them standalone units.

Narendra Modi, however, expressed his concern over the Opposition making needless controversy over EVMs.

Electronic Voting Machine popularly known as EVM is voting using electronic means to either aid or take care of the responsibilities of casting and counting votes.

An EVM is designed with two units: the control unit and the balloting unit. These units are joined together by a cable. The control unit of the EVM is kept with the presiding officer or the polling officer.

The balloting unit is kept within the voting compartment for electors to cast their votes.

A list of candidates' names and or symbols will be available on the machine with a blue button next to it. The voter can press the button next to the candidate's name they wish to vote for.

Many countries of the world, including England, France, Germany, Netherlands and the United States have banned the use of EVMs. Electronic Voting has been discontinued in Belgium, France, Netherlands, Germany, Paraguay and Japan.

Adoption of EVM technology has been somewhat disorganised. A few countries have tested Electronic Voting and adopted it, others have tried it out and abandoned it, and some continue to test it or have plans for further testing in the future.

Only a handful of countries use Electronic Voting Technology on an ongoing basis, and even fewer use it nationwide as the sole voting method.

Electronic voting was implemented in Argentina on a limited basis in 2004. Additional election reform legislation was passed in 2016.

Argentina purchased DRE voting machines from South Korea for its 2017 national election, but they were not used due to security concerns.

Federal elections in Canada are all carried out via paper ballots.

Some municipalities use optical scan and DRE voting machines, and internet voting has been made available in a limited number of areas.

Traditional polling places are still available, but about one third of all votes in any given election are cast via the internet.

Peru implemented Electronic Voting Machines for the first time in 2013, and it was expanded to cover about 14 percent of voters nationwide in the next few years.

Vote results are also transmitted electronically, rather than physically transporting the machines to a central location.

The United States uses Optical Scan Machines in every State, although they are sometimes only used for absentee ballots.

The reasons as to why is the paper ballot system still prevalent in the USA are mainly security. Americans feel safer in using paper ballots as compared to Electronic Voting Machines.

The primary reasons paper ballots are used in most States are security and voter preference. E-voting is not highly preferred because of the cost it comes with.

Politicians would not go for e-voting over the dearly known paper ballot ritual, which is said to have been accurately modelled from decades of polling and analysis.

Printed ballots came into fashion in the USA long after the American Revolutionary War, before which people cast their votes by calling out their preferences in public.

Printed ballots did not come into some seven States of America until the 20th century. Over the years, voting rights evolved in the US but so was not quite the case with the technology involved in voting.

Hence, through the 1900s, forms of the paper ballot remained in fashion. Presently, though secret ballot is most prevalent across the US, some States use mail ballots.

In this case, the ballot is sent to the voter's home, they mark their choice and mail it via post. Oregon and Washington conduct all elections by mailed ballots.

The electoral system in India has been a work in progress from the beginning. During independent India's first general elections in 1952, separate ballot boxes were used for every candidate.

A decade later, in 1962, India introduced the common paper ballot for all candidates in a constituency and voters marked their preference.

Electronic Voting Machines were first used in India in 1982, but they were not adopted into widespread use until much later. Partial adoption of DRE voting machines occurred in 1999 and electronic voting was adopted nationwide in 2002.

Electronic voting machines were introduced in all state elections since 1998 and since 2004 in the parliamentary elections.

In 2013, India added the Voter Verifiable Paper Audit Trail (VVPAT), which is essentially a printer attached to the electronic voting machines that allows each voter to print out a piece of paper that shows which candidate he or she voted for.

It can be used to crosscheck the results shown by the machine if there is a dispute.

In the recent past during the recently concluded elections there were demands from Opposition to count all VVPAT slips and compare with EVM votes.

This was however turned down both by Election Commission and Supreme Court and instead allowed to count randomly five VVPATs.

Different political parties in India including BJP, INC, BSP, AAP, TDP and others have been changing their stances and questioning credibility of EVMs mainly during period of their defeat in elections which proved to be baseless by and large.

Gradually It establishes the temper-proof nature of EVMs although it doesn't defend EVMs against many issues of malfunctioning etc which is well taken care of by ECI through continuous improvements like introduction of VVPAT, timely checks and replacements etc.