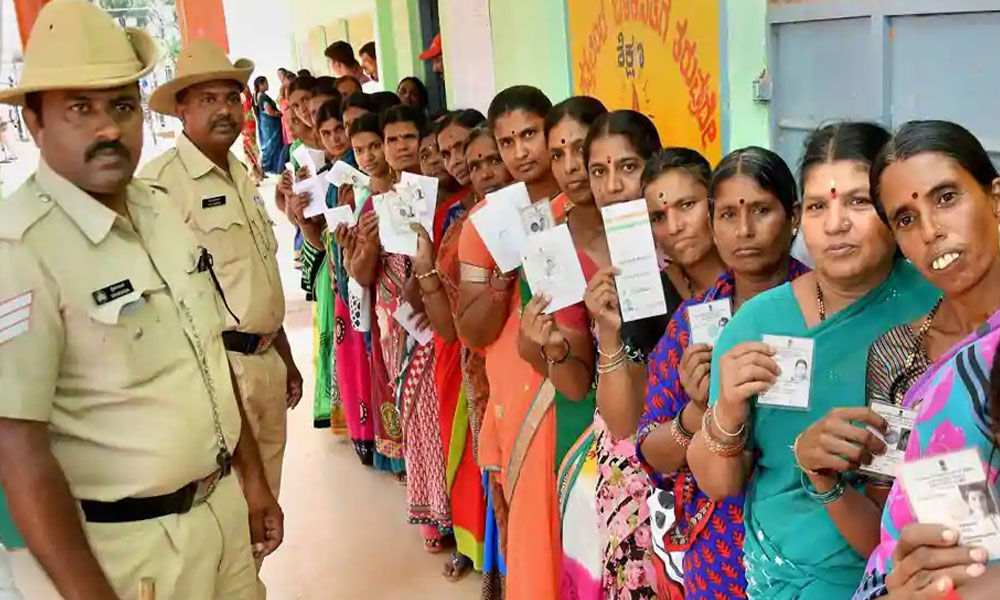 Congress president Rahul Gandhi has had rounds of interactions in March with non-profits and civil society groups working on forest communities, environmentalists and other public campaigners in Delhi and Goa. Before the State elections in Madhya Pradesh, Rajasthan and Chhattisgarh last December, the party formed a unit to reach out to such groups.

The ruling Bharatiya Janata Party, not known for its deliberate interactions with such groups, also directed key members to hold small outreaches, particularly with the various affiliates of the Rashtriya Swayamsevak Sangh (RSS).

The Communist parties have always been a part of campaigns and debates of civil society groups.

In recent years — particularly after the 2012-14 anti-corruption campaigns led by Anna Hazare that ultimately led to the birth of the Aam Admi Party (AAP) and its spectacular victory in the 2015 Delhi elections — the political and electoral importance of civil society has come into debate.

The debate revolves around two points: Whether such groups should join politics; and whether close interactions between such groups and political parties are desirable. We often segregate civil society activists into those working in cultural, environmental and educational spheres.

But hardcore politicians have never been under any illusion. They have to constantly deal with social activists who claim their legitimacy from knowing the pulse of the people.Politicians have always resented this and challenged social activists by throwing down the gauntlet of election to them. Arvind Kejriwal's ascent to the chief ministerial position in Delhi marked the culmination of a critical phase of civil society's experiment with electoral politics. Rather, his is an updated phase of civil society's lesser known but old tryst with electoral politics.

And there is a context to it: the declining quality of electoral democracy in the country.

Victory in an election is decided by muscle and money, according to Civil Society, Indian Elections and Democracy Today. The study was conducted by Trilochan Sastry, founder chairman of Association for Democratic Reforms and a professor of Quantitative Methods and Information Systems at the Indian Institute of Management, Bangalore.

An analysis of more than 60,000 records of candidates and winners since 2004 found:

This clearly shows that wealthier candidates win more votes and elections. There are exceptions to this rule, but the broad trend over 62,800+ candidates over the last 10 years is very clear: The interaction between crime and money is even more alarming. The average assets of winners with some crime record was Rs 4.27 crore, and of those with serious crime records was Rs 4.38 crore.

Civil society groups have often cited the above trends as a reason for right candidates with the right agenda to fight elections.

"Elections are a key area where an activist can take a stand. Winning or losing should not be the criterion to access the impact of their participation in the recent elections. In fact, in the long run, such participation can lead to serious questions over the use of money power in elections and could prove to be a catalyst for electoral reform," activist Medha Patkar said.

Currently, there is no data available to gauge how many such candidates or groups would join elections. But in the 2014 elections India witnessed maximum number of environmental activists contesting elections. Courtesy, AAP that fielded more than 400 candidates. Out of them, close to 110 were activists working on environmental issues. While most of them couldn't win, they made local issues the top priority in even parliamentary elections.

In the past, many leaders of social movements have expressed the desire to contest elections to achieve the larger goal of people's empowerment. But consensus always eluded them and the need to stay away from elections continued to be the strategy of civil society movements.

India has had many people's movements proudly assuming a political identity; in fact, most of them declared this upfront to gain more credibility. India's rural areas have a long history of such experiments. Most of these experiments revolve around rights over local resources and are rural by constituency.

More importantly, these experiments never suffered from the disjoint between governance and politics. They demand political changes that ensure people's rights over land, forest and water, among other things. They proactively facilitate electoral events like campaigning to push their agenda among politicians. Their electoral success is negligible, but they still are the prologue of AAP experiment.

It was Jaiprakash Narain's (JP's) Total Revolution Movement in the early 1970s that led to the declaration of Emergency (1975-77). When the experiment of the Janata Party government in Delhi after the Emergency began to unravel by 1978, many activists of the JP movement began to look for another route to realise their commitment to social transformation — the route of voluntary action by forming associations.

The contemporary nomenclature of civil society (or its somewhat troubling alternative "non-State actors") began to be used only in the 1990s.When the Congress returned to power, the then Prime Minister (Indira Gandhi) established the Kudal Commission to investigate the collusion between Gandhian voluntary agencies and the Janata Party leaders during and after the Emergency. The harassment caused by the Kudal Commission over the next six years almost "destroyed" the excellent work of such organisations and activists.

Since then, several leaders of voluntary organisations at several points of time have attempted to participate in formal electoral politics. Examples of AWARE (Action for Welfare and Awakening in Rural Environment) in Andhra Pradesh and some individuals in early 1990s showed that the citizens of India generally do not support the electoral ambitions of leaders of civil society, especially when they contest Assembly or parliamentary elections as independents.

In the 21st century some leaders of voluntary organisations joined mainstream political parties, contested elections and sometimes won, like Madhusudan Mistry who won the parliamentary elections from Gujarat as a Congress party candidate.

After much debate, the Mazdoor Kisan Shakti Sangathan (MKSS), a people's movement working on Right To Information, work and ethical electoral process, fielded candidates for local bodies in Rajasthan. Already enjoying popular support, the candidates were successful. However, it has not furthered the electoral base of MKSS.

But the decision to stick to local government is a lesson to be learnt. MKSS' campaign for transparency in governance brought it closer to communities. At the local government level, issues bring more electoral mileage than party affiliation, and there is more direct interaction between candidates and voters. So, MKSS figured out the contour of its electoral foray well.

India's largest association of people's movements, the National Alliance of People's Movements (NAPM), entered electoral politics in 2004 after rigorous internal debate. The alliance was set up in 1992 to offer solidarity to various communities fighting violation of their rights. NAPM terms itself a non-party political movement.

In 2004, it created the People's Political Front, a separate but related wing that can contest elections. By doing this, NAPM retained its non-party image. The Front promises an alternative to the Delhi-centric political parties.

One of NAPM's founders, the Samajwadi Jan Parishad, registered itself as a political party in 1995. Kejriwal's key member Yogendra Yadav was a member of this party though he has his own new party now after a fall out with AAP.

It contested elections under that party till 2014. It put up candidates for panchayat, Assembly and parliamentary elections. Its argument for joining party politics was, over the years it mobilised communities on local issues, but these were appropriated by political parties during elections.

Once the elections were over, the issues got a burial; demanding another round of mobilisation. The Jan Parishad did not perform well in Assembly and parliamentary elections but achieved some success in panchayat elections.

The above experiments show that people's movements have been electorally successful at the local-government level. Many leaders from these parties point out that politicisation of people's movements has not reached a level where they will impact Assembly and parliamentary elections, but panchayats provide the best possible opportunity because they involve local issues and facilitate direct interaction between leaders and voters.

AAP has expanded this experiment not only in scope but also in terms of electoral success. This is a new turn in the civil society's journey on electoral path. Notwithstanding the seemingly popular promises of the AAP, its consistent focus on involving people in its decision-making process is a new trend for political parties.

Viewed from this perspective, social activists contesting the recent general elections is a significant development. It is being said that this may expose civil society activists to the wrath of the government.There are reasons to treat this observation with caution. First, ideological leanings and political persuasions of civil society activists, even when they are not openly and clearly articulated, are known to political players, irrespective of whether they contest elections.

Astute politicians accept the so-called non-partisanship of social activists as long as it suits them. This game of hide and seek is likely to continue.Second, politicians have been challenging civil society to prove their mass base and legitimacy through elections. They now seem to be gleeful to have "called their bluff".

"In my view, this has blurred the distinction between civil and political actions. It has consequently begun to catalyse, in the public perception, a new classification of pro-Congress and pro-BJP NGOs. Such affiliations with different political parties have started to divide the civil society organisations. "For those who do not affiliate with one party or the other, the space for independent transformative civil actions is likely to get restricted in the coming period," says Rajesh Tandon of PRIA.