India and European elections : A vote for democracy 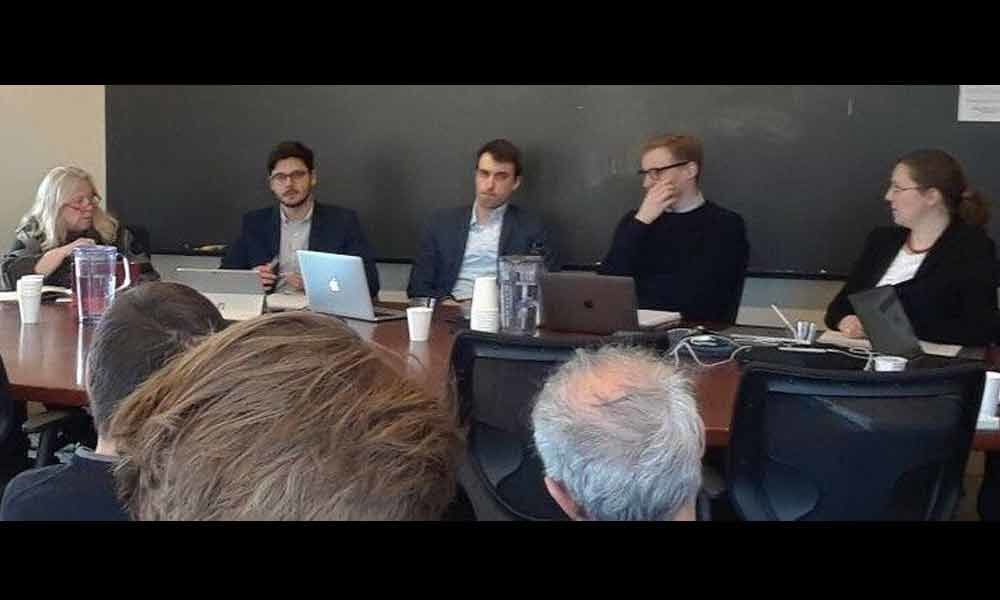 India and the European Union, the two biggest democratic systems in the world, will go to the polls between mid-April and the end of May this year amidst a rise of populist and authoritarian politics.

India and the European Union, the two biggest democratic systems in the world, will go to the polls between mid-April and the end of May this year amidst a rise of populist and authoritarian politics.

In India, around 900 million people are called upon to vote on the fate of Prime Minister Narendra Modi's ruling Hindu nationalist BJP government which in 2014 obliterated the ruling Congress party, winning 282 out of the 545 seats in the Lok Sabha.

Back then Modi campaigned on a jobs, growth and anti-corruption platform, promising the millions of aspiring young Indians "good days" ahead and a bright future, but his ambitious reform agenda has largely failed to materialize.

He has introduced a goods and service tax and rolled out the massive Ayushman Bharat health care scheme. However, his ad hoc demonetization in 2016 did not curb "black money" but instead had disastrous consequences for the economy.

While his record of socio-economic change remains mixed, Modi's administration has been much more successful in catering to religious sentiments and in attacking democratic institutions.

BJP cadres frequently target Muslims and other minorities with their divisive populist rhetoric, pitting them against their vision of a homogenous, Hindutva India. Under Modi, Hindu extremism has been increasingly normalized in Indian politics.

At the same time, his administration is monopolizing executive power, meddling in the Supreme Court and harassing critical voices from the press, academia and human rights organisations.

Even though the results of the state elections in Chhattisgarh, Rajasthan and Madhya Pradesh in December 2018 have been a great loss to the BJP, it is all but certain that this will impede Modi's chances for re-election on the national level.

He remains the frontrunner and his personal popularity is still greater than that of any other Indian politician (around 43 per cent). The Congress under Rahul Gandhi is certainly the most serious contender, albeit the record of previous UPA governments is all but immaculate, presiding, inter alia, over the 2G scandal, one of the worst corruption scandals in history.

With the current performance of BJP and Congress it is quite likely that a coalition government of some sort will become necessary, giving smaller regional parties significant leeway to bargain for concessions and political offices.

Similar to Modi's divisive populism and authoritarian way of governing, the European Union has seen the continuous rise of far-right politics across the continent.

Election to the European Parliament will be held between 23-26th of May and around 400 Million people will vote in all of the 28 member states of the Union (still counting the UK).

In the EU parliament, the national parties of member states form factions roughly along ideological lines, the biggest being the centrist EPP (European People's Party) and the social-democratic S&D (Progressive Alliance of Socialists and Democrats) which have dominated parliamentary politics since its inception in the late 1970s with a broad consensus on neo-liberal economic policies and the progressive political integration of the Union.

However, the financial crisis in 2007-08 and its aftermath, rising inequality and the catastrophic inability of the EU to cope with the influx of refugees mostly from Africa, Syria and the Balkans have spurred the rise of right-wing populist parties in most member states. Where these parties have come to power consequences have been devastating.

In the most serious case to date, Victor Orbán's Fidesz party in Hungary has outright replaced the democratic constitutional order and curbed judiciary independence, media freedom and the opposition, effectively morphing the country into an autocratic perversion of a liberal state.

But even in "established" democracies like Italy, interior minister Matteo Salvini is heading a euro-sceptical coalition government that is fuelling xenophobic and racist resentments.

The results are a sharp increase in threats and violent assaults against refugees and ethnic minorities. Similar dynamics can be observed by far-right parties in Poland, Germany, France and Austria to name but a few. All of them compete in the upcoming elections and despite of some substantial ideological differences they generally share a racist and Islamophobic world view.

The European Commission, the executive body of the Union, on its part as been too slow and ineffective to detect and sanction authoritarian transformations in member states.

On the party level, the EPP has recently suspended Fidesz from its ranks, delaying the open confrontation within the party family until after the elections are done. Overall, the power in parliament will probably shift towards the right, with the centrist and socialist blocs expected to perform poorly and the Eurosceptics to gain ground.

While established parties have previously profited from the differences between populist challengers, once the far-right unifies it could significantly disrupt the already deficient control and sanctioning mechanisms of the EU.

If there is but one lesson to be drawn from the upcoming Indian and European elections, it is that one cannot take democracy for granted, especially in times of populist and authoritarian politics.

While it might doesn't look like democracy will be outright overthrown any time soon, it is exactly the creeping, subversive deterioration of human and civil rights, the rule of law and fair elections which pose the potentially greatest threats to it.

The upcoming elections in the two biggest democratic systems in the world are highly significant, strongly contested and will fundamentally shape the domestic and international order for years to come - in which way, voters will have to decide.

(The author is a political scientist at Humboldt-University of Berlin, Germany)