KCR to embark on reforms agenda 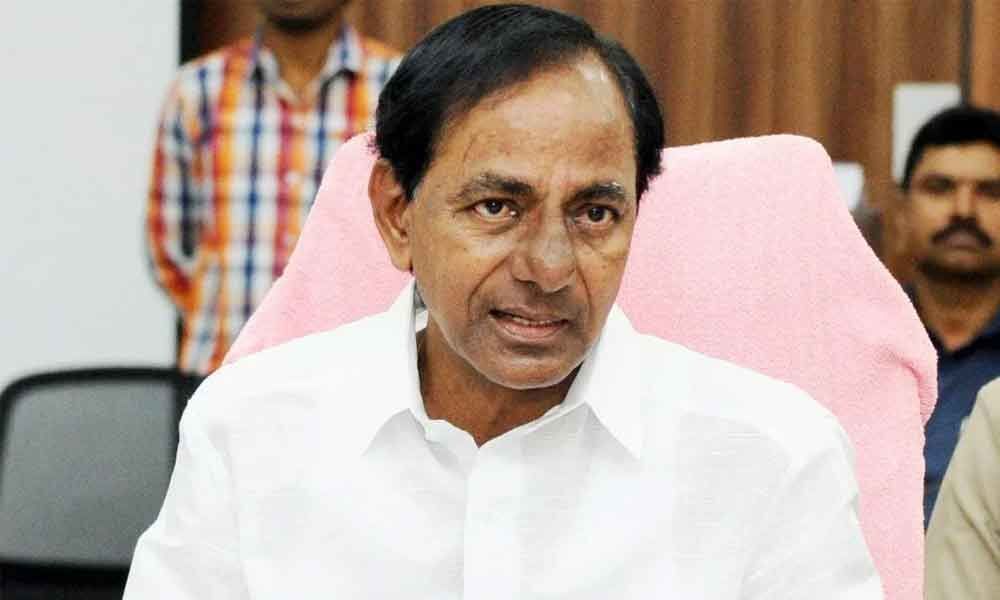 Now that KCR firmly in the saddle for the next five years he is talking of administrative reforms in the state of Telangana.

Now that KCR firmly in the saddle for the next five years he is talking of administrative reforms in the state of Telangana.

As one could gather from different newspaper reports agenda seems to be as follows.

1. Giving conclusive ownership titles both in the urban and rural areas.

2. Abolishing or making the revenue department less powerful as it is and perceived to be corrupt.

4. To use information technology effectively so that there is less and less human interface in obtaining information or in accessing government department services.

There could be much bigger agenda of administrative reforms beyond what is reported in the newspapers but I am confining myself to whatever I gathered from the newspaper reports.

The ideas seems to be to have a thorough enquiry and confer conclusive titles to the land holders and property holders state government taking the responsibility of indemnifying the title owner in case at a later date someone else questions the title and wins in a court of law.

The idea is good but logistics are staggering. This would be a massive operation on a gigantic scale. Even with presumptive title number of cases ending up in litigation not too frequent and too many justifying exercise on this scale.

True as urbanisation increases lands gain higher value we may get more and more such cases. But in villages where oral agreements also are honoured over a period of time transactions are done without getting registered (locally known as sada binama cases) this whole exercise may not have a great relevance.

Far more important would be a thorough survey on scientific lines confirming the existing occupations of land parcels.

In the absence of such a survey and clear handing over of land parcels to individuals revenue officials keep on creating problems stating that the land under enjoyment is not correctly surveyed leading to unending litigations regarding land holdings under enjoyment.

Conclusive title issue can be left optional and a process set in place to issue such titles whoever applies for it after a thorough enquiry.

Second issue I am not sure what chief minister has in mind. He has gone public stating that the revenue department is a corrupt department.

That's true of all institutions where there is concentration of power without checks and the stakes are high.

Land records are not in a proper shape and in spite of the fact that there is a joint collector revenue with umpteen number of government schemes that revenue department is supposed to implement the collector and joint collector do a lot of other work than revenue work.

But a way out has to be found so that implementation of other government schemes and protocol work do not give revenue department an excuse to neglect their primary revenue functions.

Any reforms in revenue department should also be accompanied by citizens charter which is legally implementable.

Otherwise today one tahsildar comes and shows you a piece of land which his successor tomorrow will say is wrongly marked and starts the process for fresh round of litigation benefitting from it.

There is no point in blaming anyone department as corrupt. In fact police which has much greater arbitrary powers I consider is no less corrupt.

Corruption is quite complex and does not end at revenue department functionaries level but extends to all India service officers and the politicians.

Unless there is a political commitment to address the issue in its totality blaming one department for corruption may not serve any purpose.

This is a good move and can be the feeder service to the Indian administrative service promotion quota. But if it is considered as a substitute for IAS then it will be a disaster.

Even after all the bashing that the IAS has taken over years still the service has a lot of relevance and talent. Even when some members are crawling when asked to bend there are fairly good number who are able to stand up and follow the rule.

Any attempt to replace the IAS with a state service may not be desirable in the long run.

Using information technology for delivering government services on a large scale is a welcome thing. Already it is happening and should be further strengthen and deepened .

The proposed move to delink the municipal urban development staff from giving routine sanctions of licences and permits et cetera by allowing them to happen on online platforms and allow them to concentrate on urban planning provision of urban services is a welcome thing .

Given the fact that building construction permissions licences etcetera are money spinners Staff will try to concentrate more on that than on provision of urban services given the responsibility for both.

There also seems to be a talk of a greater role for public representatives in the implementation of government programmes.

One of the good achievements of TRS government the last five years was that they never had the type of Janmabhoomi committees which operated in Andhra Pradesh.

That gave them an opportunity to distribute benefits on a fair and objective criteria which also paid them rich political dividends.

It would be suicidal to replace this system with a system of favoritism in dispersal of government benefits.

Except blaming the revenue department as a corrupt department, I haven't seen in any newspaper reports an agenda to tackle corruption.

In fact if at all there is an issue which needs to be addressed by the administrative reforms on priority it is the issue of corruption more so at the level of higher bureaucracy and political leadership.

Finally, all proposals for administrative reforms after a lot of analysis and discussion end up stating the obvious. That the routine procedures are not being followed as prescribed and if the same is followed rigorously there will be a qualitative improvement.

Coming to the routine procedures if the latest batch of IAS officers who will be spending the next 30 to 35 years in the cadre are not given a posting for almost all seven to eight months how is the routine administration going to improve?

What administrative reforms are we talking about? This is going to affect their perceptions and their own self esteem which is going to have long term implication for administration. they will be holding positions of responsibility for a span of 30 to 35 years in the same cadre of Telangana.

May be the administrative reforms can start first by giving them immediate posting orders as sub collectors and sub divisional magistrates.