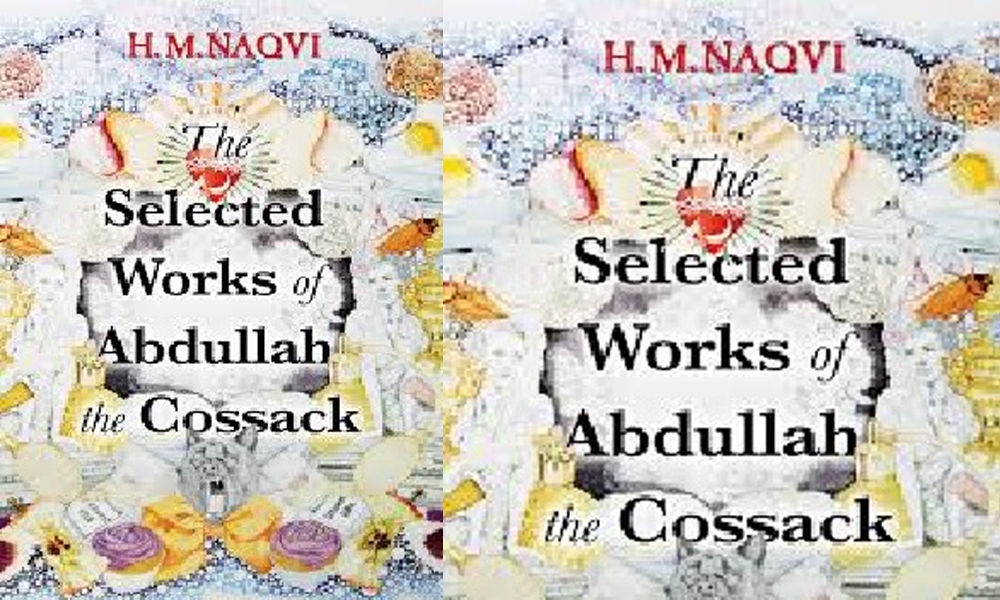 Heavy on flourish, fleet-footed to the point of extreme convolution and desperately crammed with humour, H.M. Naqvi's second novel "The Selected Works of Abdullah the Cossack", deserves a re-read, if only to understand what the hell happened when you read it the first time.

Heavy on flourish, fleet-footed to the point of extreme convolution and desperately crammed with humour, H.M. Naqvi's second novel "The Selected Works of Abdullah the Cossack", deserves a re-read, if only to understand what the hell happened when you read it the first time.

Set in Karachi, or Currachee as the author prefers to call the port city where the plot plays out, the novel feeds of the reflective narration of septuagenarian Abdullah, a man who refuses to see the city as well as issues in his country in black, white and shades of the conservative.

It is through Abdullah's grey outlook, that the novel revels, in its observation of the ordinary, mundane, conservative lives and customs which make up for Karachi and its inhabitants. Keeping pace with the slow unravelling plot, the reader is offered a glimpse of the liberal city which Karachi once was in the early days after Partition, with its jazz gigs, live cabarets and bars which served as watering holes for those thirsty for the brew and the banter.

There are several aspects to the plot which come together towards the end, when the protagonist tries to find a "one-for-all" solution to tide over the crises, which he finds himself and others close to him involved in. Abdullah, who once used to manage his father's hotel is one among many brothers, who are now keen to sell off the family home. On the other hand, just as he contemplates jumping off his balcony, he is re-acquainted with an old friend, Felix Pinto, a Goan-origin jazz singer from Karachi, who entrusts his grandson in Abdullah's care.

Around the same time, he crosses paths with a mysterious woman, Jugnu, who has foes gunning for her. While the plot promises much, especially with a more than promising and unusual protagonist in an almost anarchic atmosphere, the convoluted style used by the writer makes the book a laborious read.

It is as if someone really smart went ahead and stuck more thermocol apples to an apple tree in season, so that it would appear even more beautiful and laden than it already is.

Humour could supplement an element of relief to writing. But in the world of Abdullah the Cossack (He's called the 'Cossack' apparently because he was once known to have outdrunk Russians) the attempts at humour on many occasion appear contrived and desperately fastened to the text, with a wrench on one end and a punctuation mark on the other.

By the time one runs through the first few pages, the reader would actually warm up to Abdullah, who we know, by now, as someone eclectic, with a philosophical bent of mind, one who's soul is in typically liberal torment.

But there are times when the sheer verbosity of the narration jars the brain more than the 75-year-old narrators' knees when he walks about. The abundant footnotes which are meant to add perspective to the novel's text may also perhaps end up confounding readers with more elevated levels of unwarranted cockiness.

The novel certainly has something going for it in the current geopolitical context in South Asia, where being liberal, isn't exactly a walk in the park in the times when angry gusts of conservatism are all too common. But pick up a copy only if you are willing to put in some labour to get a grip of the plot, which seems to be almost suffocating under layers of 'style'.

Book: The Selected Works of Abdullah the Cossack;