All business is human activity 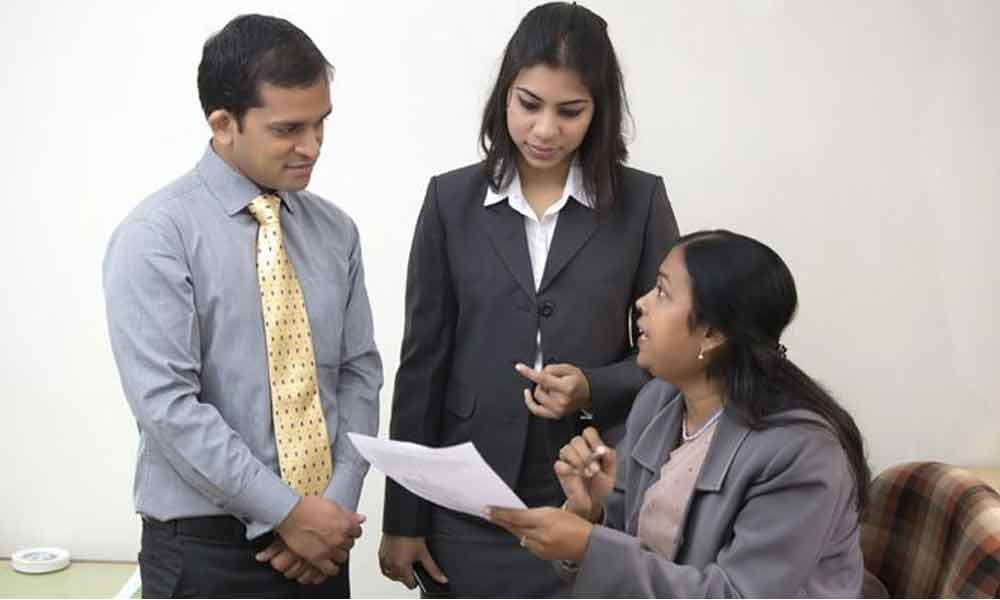 Just as there is no leadership without followers, there would be no business if it does not have customers. Business is a venture of the people, by...

Just as there is no leadership without followers, there would be no business if it does not have customers. Business is a venture of the people, by the people and for the people.

It is not surprising that business management involves leadership, adoption of 'smart' processes, ability to understand and handle human interactions, study of how national entities - which are human - behaved in a globalised world and a realisation that knowledge had become the new determinant of competitive success for human beings.

Profit and loss is the outcome of this complex mix - it is no more a matter of easy presumption that investors could make about the return on their investment.

When the demand shrinks for some reason, products fail to measure up to the new expectations of users or large events impact the population - corona pandemic is a case in point - businesses are affected one way or the other requiring close monitoring basically of how the people were responding to a situation.

In a country like India, growers of food, the farmers, were placed on a special pedestal as they considered agriculture as a pious livelihood - the role of profit making intermediaries was, in fact, viewed as a villainous activity in certain circumstances.

Commercial crops, horticulture and raising of medicinal plants, however, are at par with products raised through machines or handicrafts and all of these are governed by the economics of investment and output.

The fundamental point of all business is that the logic of profit that drives it is totally determined by the people engaged by it.

All the five facets of any business activity bring out the centrality of human involvement - these are nurtural leadership, productive teams, boss-subordinate relationship, study of competitive environ and right human intervention in the use of technology.

A successful leader today has to have certain 'traits' and also show certain leadership 'ways' - in the perception of the followers.

The leader has to be trustworthy, capable of exhibiting decisiveness in times of difficulty - this coming from both 'knowledge' and 'nerves' - and interested in the wellbeing and improvement of those who worked for him or her.

For nurturing talent and developing the human resource, the leader has to have an instinctive understanding of human nature and the so-called 'emotional quotient' that often governed human responses.

As regards the 'ways' of leadership these basically touch on the communication skills, exercise of 'effective differentiation' when evaluating a situation and an unfailing ability to take knowledge-based decisions - the knowledge here pertained to both external environ facing the enterprise and the internal resources the organisation had for implementing a decision.

The human matrix of decision-making in business thus embraces information on both- the rivals outside and the human capital within.

The world of business is moving towards 'flat' organisations, realising that it was perilous to have a large vertical hierarchy with its bureaucratic rigidness. There is new awareness about the importance of productive teams under the mentors who would guide them while reporting directly to the top.

It is vital for the success of the organisation that a team was well constituted and competently led. Today, an employee has to be treated as a 'knowledge worker' and as a distinct production centre, since he applies also his thinking and not merely his hands, while at work.

It is rightly said 'no one knows everything, but everybody knows something' and hence for good knowledge-based decision making the organisation should be able to garner 'tacit' knowledge carried by every team member.

In an environ of interaction, the team will gain from individual strengths of the members - benefitting from the new principle of 'partnership for success'. Even cultural diversity and individual specialisations can be put together in a team for complementarity.

It is now accepted that at the workplace what affects the morale and performance of an employee is, more than the physical amenities and a feel of safety and security, the treatment that one gets from the immediate boss or supervisor.

The framework of this interface is ideally defined by a few universally applicable parameters. First, the subordinate must understand that while he should have his say in a discussion, he must accept and abide by the decision taken by the boss as the latter was taking responsibility for the same.

Secondly, the boss had the freedom to 'task' the subordinate, but he should also be willing to give guidance whenever sought by the latter in course of the implementation of the task.

Thirdly, a boss should know enough about the life of a subordinate outside of the workplace - his family situation and concerns -- so that there was a personal touch about the interaction that made the subordinate look upon the boss as an elder who could be relied upon.

Fourth, if the boss gives some freedom of thought and action to the subordinate by way of delegation, the latter would be inclined to give off his best.

And finally, the relationship can be irreversibly marred if the boss tried to 'steal ' credit from the subordinate, going beyond what would always be his share as the senior in the success of a project. This unfortunately is not uncommon because many bosses are lacking in the qualities of leadership.

The advent of the 'age of information' due to the success of IT revolution in early Nineties has created a globalised world on account of instant connectivity and the rise of borderless markets.

This has pushed competitiveness to a new high since every player in business knows about others on that turf because of information available in the public domain.

Your competitor may arise from anywhere on the globe. What is even more unsettling is the fact that a small but 'smart' player can take on a giant in his field.

It is extremely important for any business enterprise to find out all about a competitor -- even by using special techniques of information gathering -- and scan the external environ for factors that were relevant to knowledge-based decision-making.

Investors launching a business in a new country may have to study the political scene, law and order situation, socio-cultural factors, degree of economic development and the state of technological progress there.

The finer point in all of this is that you ultimately want to know about the kind of 'people' who were heading a rival enterprise or who were governing the country you intend investing in.

Last but not the least, businesses today have to take to 'smart' ways for success in a competitive world. Being 'smart' can be defined as being able to produce more per unit of available resource.

This is where technology, particularly IT, greatly helps by making the processes cost-effective. Since in these days of business being conducted at great pace, 'time' has emerged as another 'resource' in addition to manpower and funds, technology is important for lending speed to transactions.

However, technology cannot monitor its own relevance in a changing situation and therefore human intervention would be required to reset its parameters.

Likewise, a decision about say any mid-course correction in business will always rest with its leadership even though data analytics - a form of technology application - might give indications of possible options that the information analysed brought out.

Artificial Intelligence - much in vogue today - essentially makes technology 'smarter' by defining what 'action' should be initiated in response to the information input - this is how a robot could negotiate its passage through a corridor.

However, the point here is that this response will always be of the 'tactical' kind - never a substitute for human decision-making at the 'strategic' level.