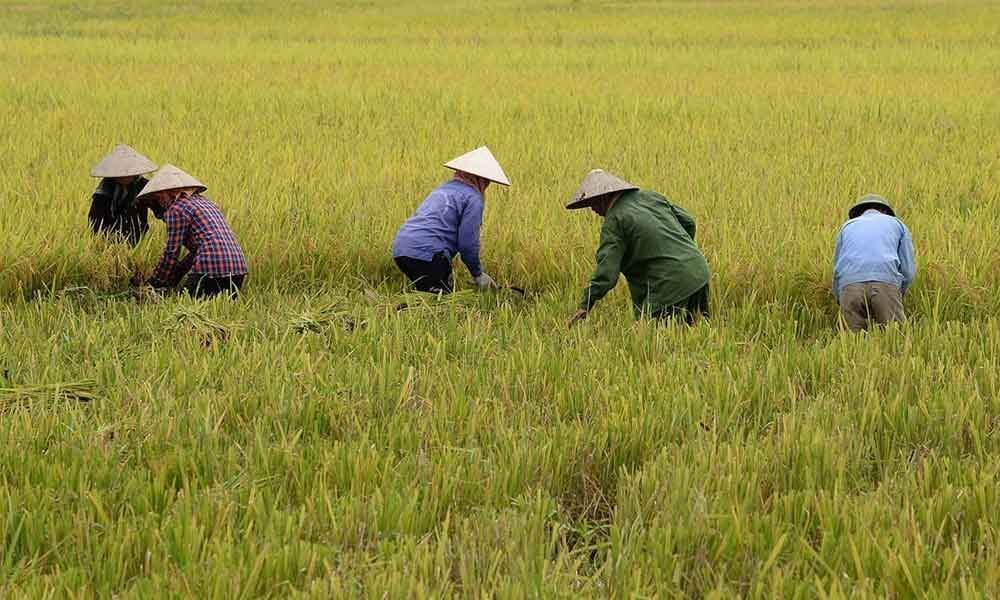 Export prices for rice were little changed in major hubs in Asia amid few new deals, with rates for the Vietnamese variety expected to fall further in the coming week as the ongoing harvest picks up pace, boosting domestic stocks.

Export prices for rice were little changed in major hubs in Asia amid few new deals, with rates for the Vietnamese variety expected to fall further in the coming week as the ongoing harvest picks up pace, boosting domestic stocks.

Rates for Vietnam's 5 percent broken rice were $350 a tonne on Thursday, flat from last week.

"Prices will likely fall further over the coming weeks as the summer-autumn harvest is picking up pace," a trader based in Ho chi Minh City said, adding the harvest will peak mid-June.

However, the quality of rice from the new harvest is expected to be lower than that of the winter-spring harvest due to adverse weather and crop diseases, another trader said.

Bangladesh aims to sell as much as 1.5 million tonnes, the country's agriculture minister Abdur Razzak said, in a move aimed at supporting farmers amid a drastic drop in domestic prices.

Bangladesh's neighbour and the world's top rice exporter India saw subdued demand for its benchmark variety from buyers in Africa. Prices of India's 5 percent broken rice were unchanged from last week at $364-$367 per tonne.

"Export demand is weak but we couldn't cut prices due to the rising rupee," Ashwin Shah, director at Shah Nanji Nagsi Exports Pvt. Ltd, an exporter based in Nagpur in central India.

Thailand's benchmark 5-percent broken rice prices were largely unchanged at $385-$402 a tonne on Thursday, free onboard Bangkok (FOB), from $385-$400 last week, as it faces stiff competition from other exporters.

There are no major deals in sight, traders said, attributing slight moves in prices to currency fluctuations.

"Prices could not go up because other exporters sell rice cheaper than ours, and the price could not go down because the baht is too strong," a Bangkok-based rice trader said.