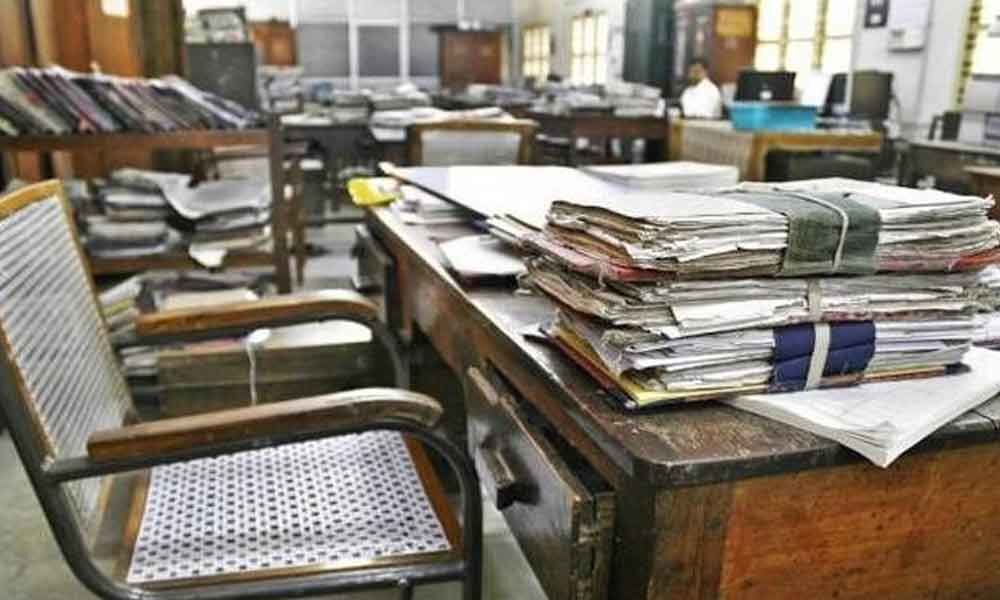 Prime Minister Narendra Modi has appreciated the performance of the Ministries of Railways, Civil Aviation and Power.

Prime Minister Narendra Modi has appreciated the performance of the Ministries of Railways, Civil Aviation and Power.

The credit for these improvements lies with the individual Ministers at the head of these Ministries, and the backing giving to them by the Prime Minister.

Herein lays the danger. The situation could soon revert to the old inefficient ways under another set of ministers. Remember that the entire government system had become highly efficient for a period of two years during the Emergency.

However, it fell on its old inefficient ways soon after Emergency was lifted. Contrast this with the enactment of the Right to Information Act.

It has put reins around the bureaucrats permanently. The impact of the Act is not dependent, on which Minister is in power.

The task before Modi is not merely to attain improvements in some Ministries under some individual ministers, but to set in place systemic changes that continue to provide good governance to the people even under changed circumstances.

Thomas B Smith of the National University of Singapore points out that there are two mechanisms of ensuring accountability of the bureaucracy — internal and external.

Our system of bureaucratic accountability is heavily loaded in favour of internal mechanisms. These include hierarchy (obedience to superiors), performance evaluations (annual performance review written by superiors), vigilance, and audits.

Difficulty is that these accountabilities re managed by other government employees. Thus, the rot can smolder within. There is a need to strengthen external accountability mechanisms.

The first external mechanism for bureaucratic accountability is legislative review.

A committee of the United States' Congress approves the appointments to senior positions of bureaucrats and judges of the Supreme Court in the United States after giving a patient hearing to the candidate.

We could similarly create a system wherein appointments to the post of secretaries to the government, statutory offices like CAG, CVC and CEC, and promotions to selection grade in the IAS cadre are placed before a Committee of the Parliament or the State Legislatures.

Presently, certain appointments are made by a collegium that includes the Leader of the Opposition. This is inadequate. Need is to extend this system everywhere.

In addition, independent persons who are not politicians or bureaucrats must be made members of these Committees.

There are large numbers of statutory bodies like the Bar Council of India, Wakf Board, etc. The heads of such organisations should form all of the collegiums except the member secretary.

The second external mechanism is that of a spy system. The present anti-corruption organisations such as the Central Vigilance Commission are reactive in nature.

They act only when a complaint is made. Need is to establish a parallel vigilance system that is manned by independent persons such as envisaged in the Lokayukta.

This vigilance system should be proactive. It must assume that every government employee is corrupt and lay traps on random basis.

The third mechanism is to establish a system of external evaluations of the senior bureaucrats. I was undertaking a review of a five-star NGO once.

I sent letters to all the 1000-odd members of the society seeking heir inputs about the performance of the CEO. Many irregularities came to be known in the process. Modi can establish multiple system of external evaluation.

These can include independent evaluation by an external consultant, a public hearing on the performance of the concerned official and sending questionnaires to the customers of the department seeking their anonymous evaluation.

The Fifth Pay Commission had made such a recommendation that has been put in the cold storage. This must be revived.

The fourth mechanism is to dismiss from service those government employees who are ranked in the lowest 10 percent every year; and appoint fresh persons instead.

The United States-based company CISCO Systems routinely lays off about five percent of its employees every year and appoints new persons to fill the posts. This removes the inefficient flab and brings in fresh blood.

The fifth mechanism is to create a system of external impact audit. Our present audit system looks mainly at financial processes. Say, an engineer has honestly installed an electricity feeder without providing for the transformer.

The audit will give him a clean chit. Need is to make an audit of the result of the government programmes. It needs to be assessed whether the people of the village have started using the electricity provided by the new electricity feeder.

The sixth mechanism is to amend the law to fix responsibility of an irregularity discovered subsequently.

Certain houses were demolished in Delhi a few weeks ago because they were built on a water body. The house owners had all the required approvals from the civic authorities.

These approvals had been given in violation of the rules. Action has not been taken against officials who violated the rules. It can be made mandatory that the concerned official shall be held accountable if she has made any irregularity.

The seventh mechanism is to enact a Right to Reply Act. The Right to Information Act has brought a fundamental change in the working of the government.

I was able to track down the illegal increase in capacity of a hydropower project by getting copies of entire files related to the project from the Ministry of Environment under the Act.

The RTI Act only enables an applicant to get copies of documents that are present in the files of the government department.

The applicant cannot ask a question such as why cement work was allowed under MNREGA in one village and not in the other. The necessity to reply will encourage the officials to act transparently.

It is clear that Narendra Modi will leave a legacy. Certain Ministries have done wonders already and more improvements are expected. However, this legacy may turn out to be short-lived as was the case with Atal Behari Vajpayee. The challenge before Modi is to leave a legacy that endures.

(The author was formerly Professor of Economics at IIM Bengaluru)