The new govt should focus on balanced development of AP 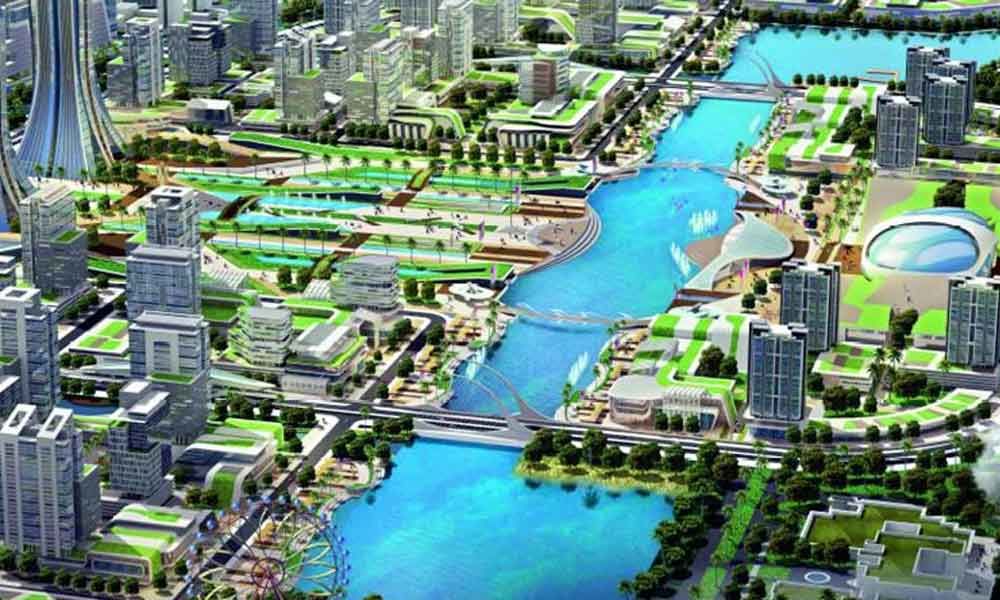 Original proposal envisaged Amaravati sustainable infrastructure and institutional development project to be funded by the World Bank by Rs 2100 crore Asian infrastructure investment bank by Rs 1500 crore and another Rs 1500 crore coming from the state government making it a project of about Rs 5000 crore.

World Bank mandate envisages it to examine the environmental implications as well as how a project is going to impact the livelihoods of different stakeholders for sanctioning a project.

There were complaints both from NGOs and stakeholders within the capital city area to the independent accountability mechanism of the World Bank claiming that there were major violations of environmental norms in the Amaravati project and the livelihood issues of stakeholders other than the landowners were ignored.

Accordingly, a fact-finding committee of the World bank visited the area and came to a conclusion that a thorough enquiry on all these issues is required before a call can be taken on the sanction of loan and made a recommendation accordingly to the World Bank.

It is at this stage the new government in power in Andhra Pradesh left the decision to the Government of India without giving its recommendation on the further course of action.

Government of India has rightly at this stage took a decision to call off the proposal as an enquiry would have been an unprecedented step for sanction of a World Bank loan.

A full-fledged enquiry even otherwise would have resulted in loan proposal being negatived as the project as envisaged does result in violation of environmental norms and the livelihood issues of stakeholders other than the landowners like the agricultural labourers, fisherman and others were not properly factored into the Amaravati sustainable project.

Government of India used to take the loan from the multilateral agencies and pass them on in rupee terms to the States 70 per cent as loan at the existing interest rate remaining 30 per cent as grant.

This funding pattern was changed to the disadvantage of the state governments by the 12th Finance Commission headed by Rangarajan who recommended that in future all external loaning will be on back- to- back basis with the state governments repaying the loan in full absorbing any fluctuations in the exchange rates as well.

From then onwards, World Bank became one more agency from which the state governments can avail loaning facility along with other lenders,both domestic as well as international.

The long-term repayment tenure of these loans is now the only attraction. Further new projects can also be substituted for loaning from the World Bank and as long as overall debt of the state is within the permissible limits of 3% of the GDP.

Nothing bars World Bank from sanctioning new projects in place of the Amaravati sustainable project as long as they fit into the World bank norms.

It would be in the best interest of the new state if the state government substitutes in place of Amaravati sustainable project a new project focused on balanced development of the state.

It can have components to develop Vizag as a financial capital, Amaravati as an administrative capital and development of new ports on the long coastline with road and rail linkages connecting to the hinterland.

Special industrial corridor for the development of industries in Rayalaseema area hinterland to the three South Indian metro cities of Hyderabad, Chennai and Bangalore can also be part of the project.

This would serve the interests of the state much better than a 5000-crore project concentrating all the investments in one area of Amaravati.

Chandrababu Naidu in the course of the discussion on this issue mentioned that the value of the land pooled which was around Rs 2 lakh crores has come down now.

These are purely notional figures based on limited transactions. It would be dangerous to build castles in the air based on such valuations. Even if a thousand acres of the land pooled is put to auction the real values will come out.