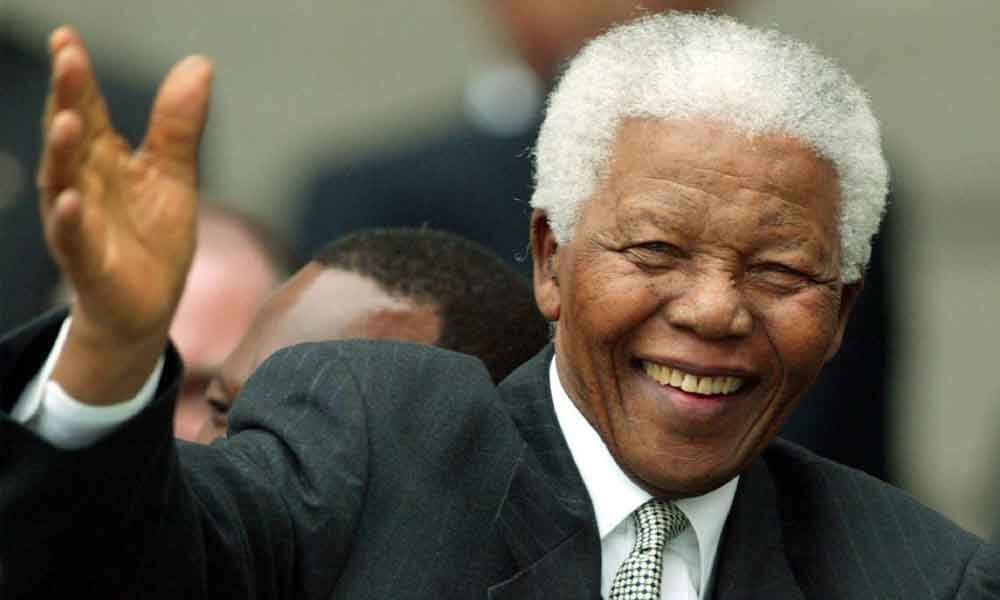 Of the very few universally celebrated personalities that do not require any rudimentary handling, Nelson Mandela turns out to be one!

Of the very few universally celebrated personalities that do not require any rudimentary handling, Nelson Mandela turns out to be one!

Aptly referred to as 'the Gandhi of South Africa', Nelson Rolihlahla Mandela was identified for his lasting fight against apartheid — a system of institutionalised racial isolation that existed in South Africa from 1948 until the beginning years in the 1990s.

In so far as South African politics are concerned, the year 1991 could be seen as a very significant year.

Nelson Mandela was elected as the president of the African National Congress (ANC) in the same year.

In the intervening time, at the World Trade Centre, on December 21, 1991, the first plenary session of the Convention for a Democratic South Africa (CODESA-I) originated in Johannesburg.

There was a great debate on the matter concerning the total transfer of power to the Black South Africans, to which there was disapproval from White South Africans.

Thus, the consultations were entirely overwrought. It eventually resulted in the assassination of Chris Hani, an ANC and South African Communist Party (SACP) leader, on April 10, 1993.

At that time, in spite of a confrontational situation that demanded a subtle balance between political pressure and the forceful debates, Mandela was instrumental in putting an end to apartheid.

In 1993, Mandela and President de Klerk were awarded the Nobel Peace Prize for their efforts to abolish apartheid. In the due course, parleys between Black South Africans and White South Africans prospered — resulted in conducting of South Africa's first democratic elections on April 27, 1994.

In those elections, the African National Congress had won the election with a huge margin.

Thus, the Government of National Unity (GNU) was formed — in addition — the presidency of Nelson Mandela began on May 10, 1994.

It was the very first time that a non-white was elevated to the position of the President of South Africa.

Besides, in the account of South Africa, Mandela was the oldest head of the State — held the reins at the age of seventy-five years.

The nation marked the fulcrum of celebrations that Mandela grew into the President of South Africa.

He was behind the bars for as many as 27 years in his fight against apartheid — and — that was the moment when his vision of achieving multi-racial democracy had become a reality.

Ever since the presidency of Nelson Mandela started in 1994, the nation as a whole set the task of building a united, democratic, non-racial, and thriving society — to make South Africa a better nation.

In this journey of 25 long years, succeeding governments have made gaits to confirm Mandela's vision and have been successful in addressing various socio-economic evils.

Evidently, only to a certain extent South Africa has achieved its aims in these twenty-five years and so much is further looked-for.

Such issues as eradication of poverty, unemployment, and socio-economic development are the urgent progressive needs for South Africa.

Mandela was the torchbearer of South Africa's development. He introduced the Reconstruction and Development Programme (RDP) in 1994, through which the South African government sponsored the creation of jobs, housing and basic health.

One important thing about Mandela's administration was — as part of his mission for peace and nation-building, he had effectively used the nation's fervour for sports as the central point.

As the president of South Africa, he brought back the nation in the international football game. For that very reason, in 1995, he was awarded Order of Merit by FIFA.

It came into force on February 04, 1997 — with its aims of establishing a strong central government based on majority rule, and guaranteeing both the rights of minorities and the freedom of expression.

The Growth, Employment and Redistribution (GEAR) macroeconomic policy was introduced in June 1996. Further, during the presidency of Mandela, in 1998, the South African government publicised that it was intended to purchase a few aircraft from Sweden for the nation's defence.

Mandela retired from active politics in 1999. Nonetheless, his active services continued until he died on December 05, 2013.

Nelson Mandela was one of the two non-Indians to be conferred with the Bharat Ratna, the country's highest civilian award. Besides, the Indian government, in 2001, gave him the International Gandhi Peace Prize.

Today, South Africa is celebrating the silver jubilee of the presidency of Nelson Mandela, one of the 20th century's most persuasive freedom fighters.

As the first black president of South Africa, he helped his country in its transition to a post-apartheid administration. He had paved a way for the country to move ahead in development.

During this occasion of the commemoration of the silver jubilee celebrations of the presidency of Nelson Mandela, many such accomplishments as women's rights, providing better opportunities for penurious rural children and promoting scientific research throughout Africa, could be meritoriously attributed to that great leader.

Finally, it is worth mentioning here that Mandela's autobiography, "Long Walk to Freedom", reveals many things of his life journey.

Radhika Madan Dances Her Best In 'Nachan Nu Jee Kar' From Angrezi...
We use cookies for analytics, advertising and to improve our site. You agree to our use of cookies by continuing to use our site. To know more, see our Cookie Policy and Cookie Settings.Ok