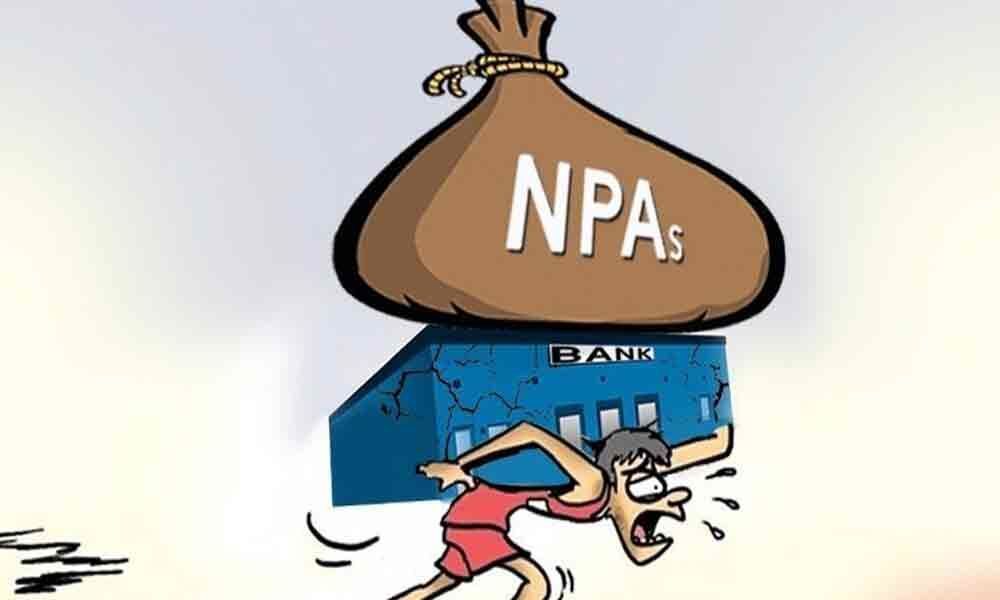 Dr C Rangarajan and Ramamohan in their article in the Hindu on "Resolving India's banking crisis" while analysing NPAs of the PSU banks came to a...

Dr C Rangarajan and Ramamohan in their article in the Hindu on "Resolving India's banking crisis" while analysing NPAs of the PSU banks came to a conclusion that the problem of NPAs of PSU banks has more to do with the sectors to which they had an exposure than so much to incompetence and corruption. To support their argument on this they relied on certain data showing the exposure of PSU banks to certain sectors compared to the exposure of private banks to the same sectors.

PSU banks had a great exposure to five most affected sectors of mining, iron and steel, textiles, infrastructure and aviation. Whereas these sectors accounted for 29 per cent of the advances of PSU banks for private sector banks the comparable figure was 13.9 per cent. 86 per cent advances to these five sectors came from the PSU banks rest coming from the private banks.

Thus the conclusion they drew was the accumulation of NPAs in public sector banks is not so much to do with incompetence and corruption but more to do with greater exposure to certain sectors where there were issues leading to accumulation of NPAs. They felt wholesale privatisation of public sector banks is not the answer to the complex problem of NPAs but needs a different set of measures to prevent recurrence of such crisis.

First and foremost question to be asked why did public sector banks tread in where private sector banks feared to . Both political interference and corruption could be the reasons for over exposure to these sectors. That over exposure to a few sectors is always dangerous is the first lesson of lending for any bank.

Why was this golden principle violated by the public sector banks by taking greater exposure in certain sectors which finally led to their accumulating greater NPAs compared to private banks. These are issues which needs to be posed to Bank managements of the relevant period under consideration and they will have to answer for that.

Raghuram Rajan in the note dated 6 September 2018 given to the Parliamentary Estimates Committee on Bank NPAs clearly flagged the issues of malfeasance on the part of the bankers mentioning how too many loans were made to well-connected promoters who have a history of defaulting on their loans. Public sector banks continued to finance promoters even while private sector banks were getting out.

He pointed out the element of corruption can only be made out once the unaccounted wealth of the bankers is determined. He pointed out how certain banks in the tenure of one chairman itself turned sick from a healthy position. Such immense capacity of turning an institution from a healthy position to sickness during the tenure of one CMD can only come from high levels of corruption, incompetence or willingness to oblige political masters indiscriminately.

The suggestions that recapitalisation of the banks should be at one go and they should be professionally managed are welcome and government should take them seriously and follow up on them. Equally relevant is finding out the culprits who were responsible for indiscriminate irresponsible lending leading to the accumulation of NPAs in the banks .

It is not just an issue of exposure to some sectors and economy not doing well. At the root of all the NPAs is lending undertaken by public sector banks at the behest of politicians due to unhealthy corrupt practices. If the same is not enquired into, responsibility fixed and action taken it will only embolden others to do the same in future as well.

Of course, one has to be very careful so that there is no witch hunting in the process. Perhaps a committee of competent bankers with unimpeachable integrity should be entrusted this job. Since most of them are commercial decisions and in hindsight it's easy to find fault with.They have to be careful in fixing such responsibility and initiating action so that capacity of decision making is not impaired.

Where there is a strong case and acquisition of disproportionate assets by some of these people is also noticed as mentioned by Raghuram Rajan in his report to Parliamentary Estimates Committee they should be brought to book.. Otherwise public accountability will have no meaning.