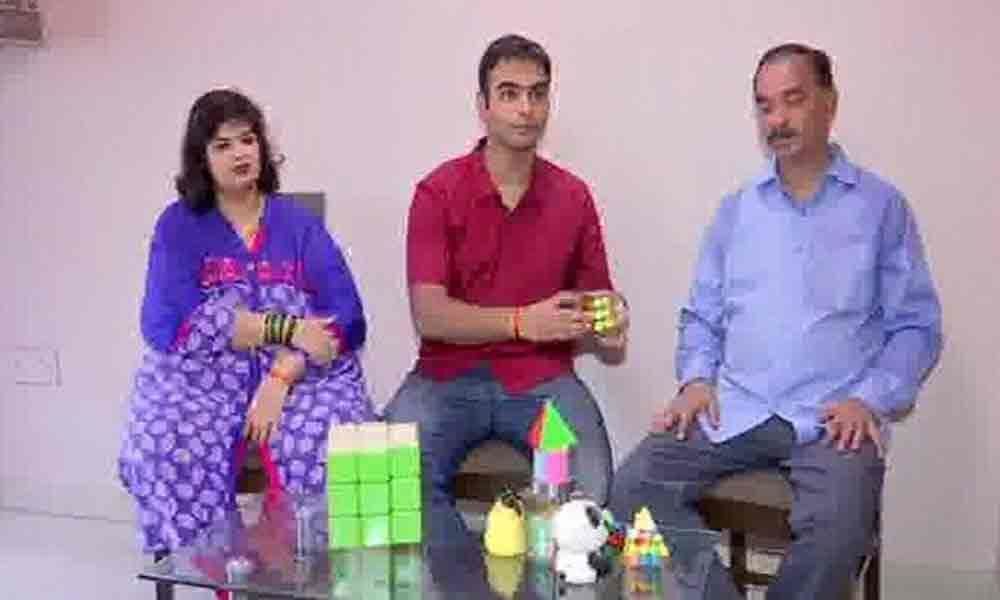 Chinmay Prabhu with his family
Highlights

Mumbai resident Chinmay Prabhu has made it to the Guinness Book of World Records by solving nine Pyraminx (pyramid shaped Rubik's cube) under water.

Mumbai: Mumbai resident Chinmay Prabhu has made it to the Guinness Book of World Records by solving nine Pyraminx (pyramid shaped Rubik's cube) under water. The 20-year-old, who received the Guinness certificate on March 15, had achieved the feat on December 9 last year by solving the Pyraminx sitting under water in a pool in just one minute and forty-eight seconds.

Talking about his unique achievement, Prabhu said, "I like cubing and swimming, so I thought of mixing the two and creating a new title. I had to ask Guinness to create a new title for underwater cubing as there was no such title on their list earlier."

Looking back at his initial days of practising underwater five years ago, he said, "Initially I could hold my breath only for 30-35 seconds. Gradually the breath holding capacity increased to one and a half minute."

Guinness had set Prabhu a target of four Pyraminxes, but he went on to solve nine. "I thought if I scored only four or five, somebody will break the record some day. So I took it to nine Pyraminxes," says Prabhu, who underwent rigorous five-month training to achieve his goal.

In 2017 he made it to the Limca Book of Records by completing another unique feat of solving a mirror cube using his feet. Having made a name for himself in cubing, Prabhu has now started coaching others. "I teach cubing to many others during the weekend. My youngest student just 4," he said.

Speaking about his son's achievements, Prabhu's father Pradeep Prabhu said, "We had never thought that he will go this far. When he started cubing we encouraged him as it was of his interest. But we never thought it will go on to be this big."