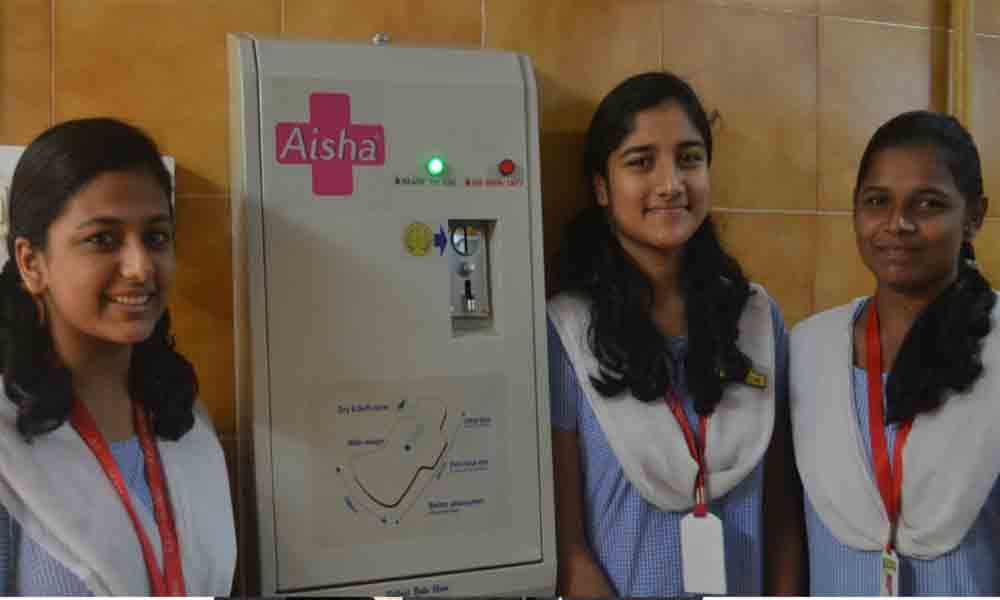 Two students of the Indian Institute of Technology have made a device for cleaning reusable sanitary napkins to reduce biomedical waste.

New Delhi (PTI): Two students of the Indian Institute of Technology have made a device for cleaning reusable sanitary napkins to reduce biomedical waste.

The students, from IIT-Bombay and Goa, have also filed a patent for the device called "Cleanse right", which according to them will cost around Rs 1,500. "The use of disposable sanitary pads by women during menstruation has skyrocketed with increasing awareness about proper menstrual hygiene. These disposable sanitary pads are made of non-biodegradable plastic and thus end up in biomedical waste landfills," said Aishwarya Agarwal, an electrical engineering student at IIT-Bombay.

"A single woman generates up to 125 kg of non-biodegradable waste through her menstruating years. The waste generated by 355 million women occupies a tremendously large space in landfills; and it takes 500-800 years for a synthetic sanitary pad to decompose," she added. The device, which does not require electricity to operate, has a pedal-operated plungers that move up and down inside of a water filled chamber. "The plungers squeeze out menstrual blood from cloth pads while rinsing them with water. The device is designed to be inexpensive. It can also be used to wash other hygiene concerned garments like baby clothes," said Devyani Maladkar, a student of IIT-Goa.

The duo came up with the product at "Invent@IITGN", a six-week annual summer programme at IIT-Gandhinagar. The programme, in its second year, focuses on inventing, based on a similar programme in the US called "Invention Factory".