Let's not run away from failure 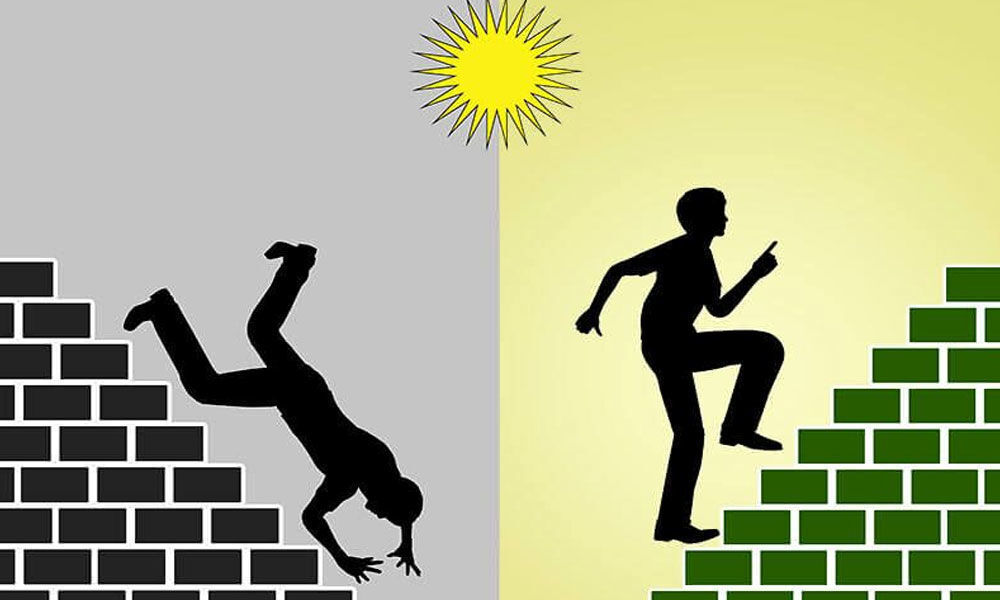 Let’s not run away from failure
Highlights

'If you fell down yesterday, stand up today.' ―this remark of H G Wells guide everyone don't give up the race. In this era of competition everyone is...

"If you fell down yesterday, stand up today." ―this remark of H G Wells guide everyone don't give up the race. In this era of competition everyone is rushing towards an objective has become a trait. But, it is not possible for all to taste the success in the first attempt. Failures are inevitable in pursuit of success and we will be forced to face failures.

In general, after a failure many of us become cowards and want to get out of the ring it is nothing but life. Further, we become gloomier and loose the focus. This can be avoided by cultivating the positive attitude which would assist in admitting the failure is not a genuine effort and always try to put more effort to move forward to bag the success.

Friends! As Winston Churchill stated "Success is not final, failure is not fatal: it is the courage to continue that counts" we must treat failure as a best jury of one's own effort. Because, it provides a clear portrait of different shades that are within you and thoroughly suggest what Qualities you should have to put at bay. Further, failure never forces you to skip away from the goal that you have set and it will propel you to bestow all your Capabilities to reach the goal.

When we observe the most successful personalities such as Abraham Lincoln, Thomas Alva Edison, Bill Gates, Abdul Kalam, Steve Jobs and Michael Jordon, at first, they tasted bitterness of failure. They learnt more from failure and instead of drowning in distress, they considered their failure as prelude to their success. Failure makes us more attentive and plays an important rule as a best critic who always wish our welfare.

So, friends, let's not run away from failure; welcome it, enjoy it. Forget not, we have entered on to this planet with a purpose. Life is a battle field and it always throws challenges at us.

Those who are true fighters will never leave the bout. We can only have fair chances of winning when we dare to face the challenges and are still in the race. So, it is up to us to decide to be a winner as Kennedy remarked "Only those who dare to fail greatly can ever achieve greatly."

Swimming took away lives of two students in Krishna district

Coronavirus Crisis: Council Of Ministers To Meet Via...

Hyderabad constable fails to attend mother's funeral due to...

Happy Birthday Kalyani Priyadarshan: A Few Amazing Styles Of This ...
We use cookies for analytics, advertising and to improve our site. You agree to our use of cookies by continuing to use our site. To know more, see our Cookie Policy and Cookie Settings.Ok