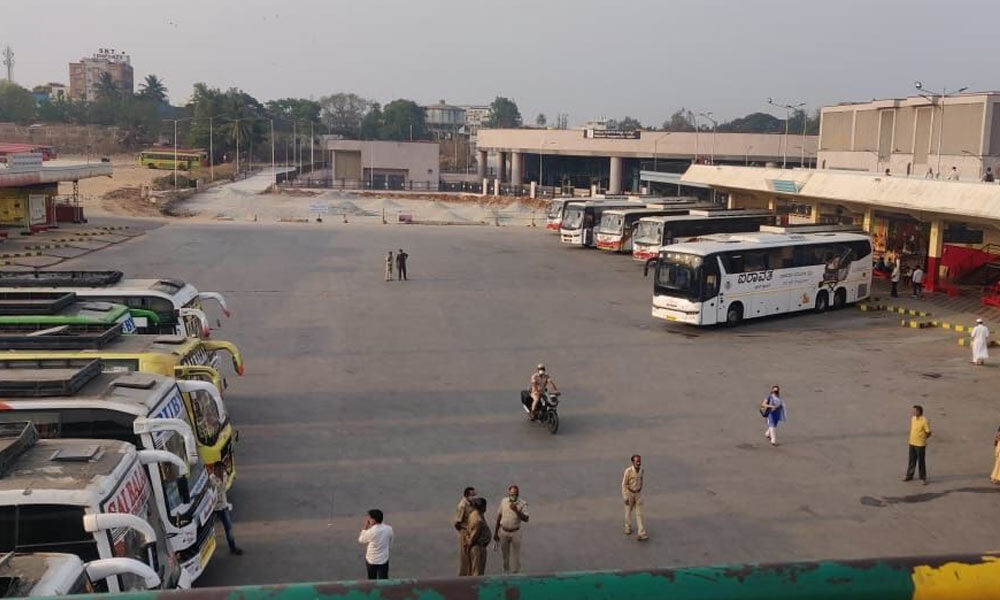 Bengaluru: Bus services remained hit across Karnataka for the second consecutive day on Thursday as drivers and conductors of road transport corporations continued their indefinite strike on wage related issues. With the majority of the employees belonging to all the four transport corporations not attending duty, buses continued to remain mostly off roads across the State including Bengaluru, affecting daily commuters.

Passengers travelling to and from distant areas and officegoers were the most affected. However, the government has tried to make alternative arrangements by roping in private transport operators. Railways too have chipped in by deciding to run special trains on certain routes to help the commuters aimed at clearing the upcoming Ugadi festival rush, in the wake of RTC workers strike.

Private buses, mini buses, maxi cabs and other passenger transport vehicles were seen operating in different parts of the city and the State, coming to the rescue of stranded passengers. However, the number of passengers continued to remain scarce in these vehicles as people were using their own vehicles or were seen using cabs, Metro and autorickshaws, especially in the city areas, private operators said.

Stating that a total of about 24,000 RTC buses used to operate every day and it was not possible to gather equal number of private transport vehicles, officials said, so as many number of private buses, mini buses, maxi cabs have been roped in and all kinds of support is being given for them to operate. Buses that were surrendered will now be allowed to operate by exempting them from paying tax, also vehicles will be allowed to operate for passengers on fixed routes without any permit, officials said.

Amid threats of ESMA and "no work no pay", very few RTC buses were said to have operated on some routes in the city on Thursday with police escort, sources said, adding that there were similar reports from other places in the State.

Complaints about private services including buses, autos and cabs charging exorbitantly, taking advantage of transport strike, continued Thursday as well. This is despite officials stating that they are doing spot visits and taking action.