The Meat Debate, Bison Vs Beef 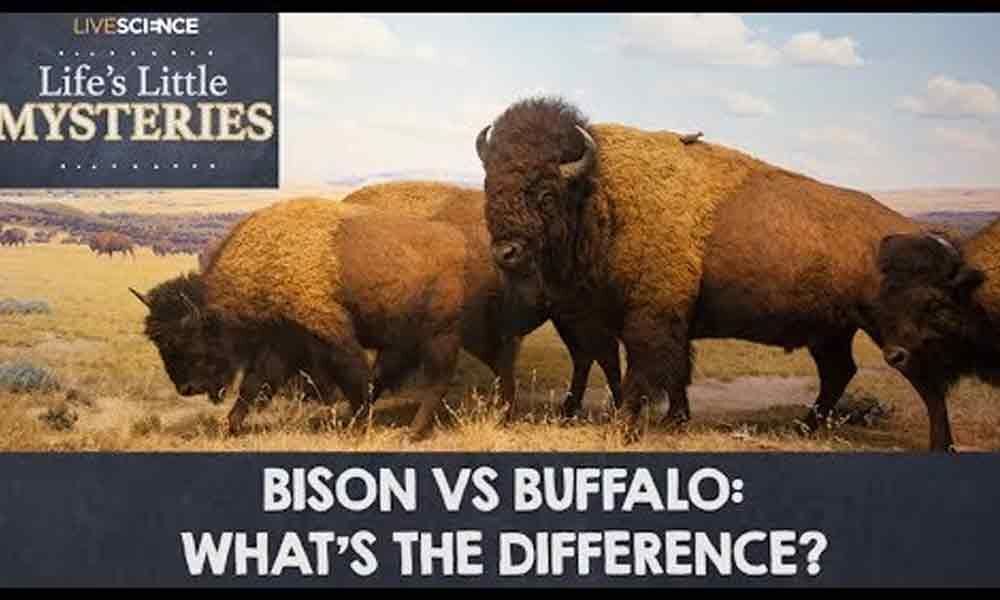 The beef comes from bovine animals, while bison meat comes from bison, also known as buffalo or American buffalo.

The beef comes from bovine animals, while bison meat comes from bison, also known as buffalo or American buffalo.

Although both have a lot in common, in many respects they also differ. This article tells you all about the similarities and differences between bison and beef that you need to know.

Similarities between bison and beef Bison and beef are two red meat types that share many qualities. Comparable nutrient profiles Lean bison and beef cuts are good protein sources and numerous nutrients such as iron and zinc. Eating can, therefore, be part of a healthy diet (1Trusted Source) either in moderation.

Here are the nutritional differences between 4 ounces (113 grams) of bison and beef (2, 3):

As you can see, beef is higher in calories and fat than bison.

Both are excellent sources of iron and zinc, with good amounts of phosphorus, niacin, selenium, and B6 and B12 vitamins (2, 3).

Moreover, like all meats, bison, and beef are mainly composed of high-quality protein, providing all nine essential amino acids that your body needs to grow and maintain (4Trusted Source).

Bison and beef have a similar taste.

In fact, tasting the difference in many recipes can be difficult. Nevertheless, depending on the meat cutting and preparation method, the taste and texture may differ. Moreover, some people say bison has a richer flavor and a smoother mouthfeel.

Bison and beef can be prepared similarly because of their versatility and comparable taste profiles. Both may be eaten as a steak, or ground meat may be used in dishes such as burgers, meatballs, chilies, and tacos.

Many studies suggest you lower your red meat intake, but recommendations on how much you can safely eat differ greatly.

The American Institute for Cancer Research recommends that you limit your intake of red meat to no more than 18 ounces per week (510 grams). This includes meats such as bison, beef, pork, lamb (5). On the other hand, a globally healthy and sustainable diet report suggests you limit your intake of red meat even further to about 3.5 ounces (100 grams) per week (6 Trusted Source). Eating a lot of red meat, especially processed varieties, may increase your risk of certain cancers, including colorectal cancer, according to some research, which is why eating it in moderation is important.

Bison and beef have similar flavors and nutritional profiles, but the calories and fat content of beef is higher.

Although limiting your intake of red meat is recommended, moderately eating bison and beef can be part of a healthy diet.

Differences between bison and beef:

Although the two red meats appear to be quite similar, it is worth noting several differences. Bison is leaner and lower in calories Bison is leaner than beef and can be a healthier choice if your calorie or fat intake is to be reduced.

It has almost 25% fewer calories than beef and is lower overall and saturated fat (2, 3).

In addition, bison has finer fat marbling due to its lower fat content, resulting in softer and more tender meat.

One of the most significant differences between bison meat and beef may be bison and bovine diets.

Indeed, this the difference may also explain some of the nutritional differences between these two types of meat.

Bison is more likely to be fed with grass as, unlike most cattle, they are usually raised with pasture. It may, therefore, be a more sustainable choice to eat grass-fed bison. On the other hand, in factory farms, beef is more likely to be fed grain and produced. The cattle grow at a faster rate, due to eating a diet consisting mainly of maize or soy. That said, as bison meat is becoming increasingly popular, some farmers are beginning to feed their buffalo grain to meet the demands of production.

Still, in grocery stores and butcher shops, it is possible to find sustainably raised, grass-fed beef and bison.

Regardless, beef and bison may be part of a healthy diet, both grain-fed and grass-fed. However, grass-fed meats tend to be more expensive in the United States, and it may not be worth the extra cost to some people.

Eating grass-fed bison can be a more sustainable choice than eating grain-fed beef because of differences in farming practices.

Although similar in taste, different animals make up beef and bison. Their biggest difference may be their environmental impact. In addition, bison is lower in calories and fat, making it potentially a better choice if you're looking for a slightly healthier option. Both types of meat, however, are highly nutritious and can form part of a healthy diet.