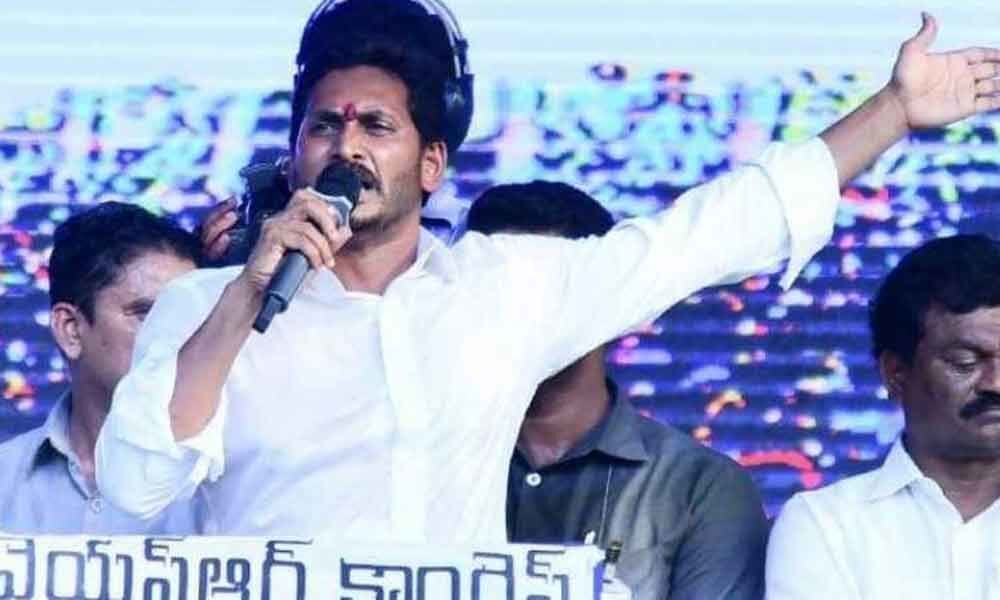 Right from the day on which YS Jagan Mohan Reddy was sworn in as second Chief Minister of Navyandra ,he has begun to implement his party's manifesto...

Right from the day on which YS Jagan Mohan Reddy was sworn in as second Chief Minister of Navyandra ,he has begun to implement his party's manifesto especially "Navarathnalu".

As such all the people including public servants are in joyful mood. It means he has etched positive opinion in the people of the State about his government in the beginning itself.

He is not only referring his party's manifesto during confabulations with employees but also his office in the Secretariat was painted with nine promises.

Moreover he asked every head of the department and it's secretary to have a copy of manifesto. It indicates his commitment towards implementation of manifesto in days of throwing the manifestoes into the dust bin soon after elections .

He maintained social balance even in ministry formation by giving Deputy Chief Ministers to each one of ST,SC BC, Minority, and Kapu social categories. He proved himself that would give priority to women by offering Home Ministry to a lady.

By all these means he is going to realise his statement that whole country will look up Andhra Pradesh for its welfare and social justice measures. Thus even the Union government also must come forward to help the Jagan's government whole heartedly.