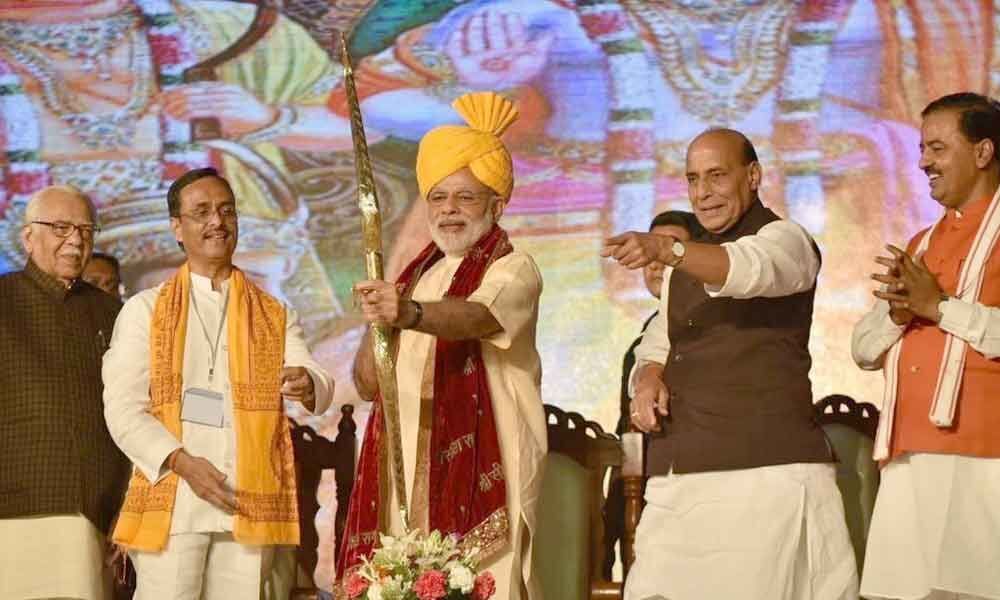 For me, the defining metaphor of the 2019 elections is the 364822 votes victory of a terror accused

For me, the defining metaphor of the 2019 elections is the 364822 votes victory of a terror accused (who also described the assassin of Mahatma Gandhi as a patriot) over a two-time Chief Minister with forty years of political experience.

If this is the extent and nature of India's transformation from a compassionate society to a brutalised one, then it's time we stopped blaming Rahul Gandhi.

He never stood a chance, for the India he was addressing in his campaign speeches- about jobs, farmers, adivasis, religious divisions- no longer exists.

Mr. Modi has created a new India in just five years. No right thinking person will deny that Mr. Modi has initiated a number of economic and welfare measures; but equally, they remain at best a mixed bag for the moment: GDP growth is below 7%, private investment is at an all time low, MSMEs and the informal sector have yet to recover fully from demonetisation and GST.

unemployment continues to climb, farmer distress is very real. Welfare measures like the Ujjwala yojana, free toilets, household electrification have yet to bite, encountering many kinks that have yet to be ironed out. There is a palpable insecurity among the minorities.

One would expect that a mixed bag would result in a mixed result, albeit tilted in favour of the BJP. That it has instead delivered such a massive sweep for Mr. Modi and the BJP indicates that the former has offered to the people a nostrum that overrides and discounts these concerns, makes them forget about their distress.

In 2014 he had done the same thing and had packaged it as Hope, but this time he has packaged the placebo differently- it now comes in the form of a cultural nationalism, an assertion of a new Indian identity. If you can't give them bread, at least give them a sense of pride.

The Modi- Shah duo have single handedly replaced the idea/ideology of a humane, plural, tolerant India with an assertive, Hindu-dominated, impatient, proud India which is prepared to wait another five years for the fruits of development to trickle down to it.

It has worked beautifully: the BJP has won 303 seats out of 542, 31 more than last time; its vote share has gone up by almost 10%, it has made 17 states "Congress mukt" and in all probability driven Mr. Rahul Gandhi into permanent retirement.

But there is a catch to this New India- it has no place for minorities, for dissent, for consensus, for independent institutions, for the impartial rule of law, for any ideology other than the BJP's.